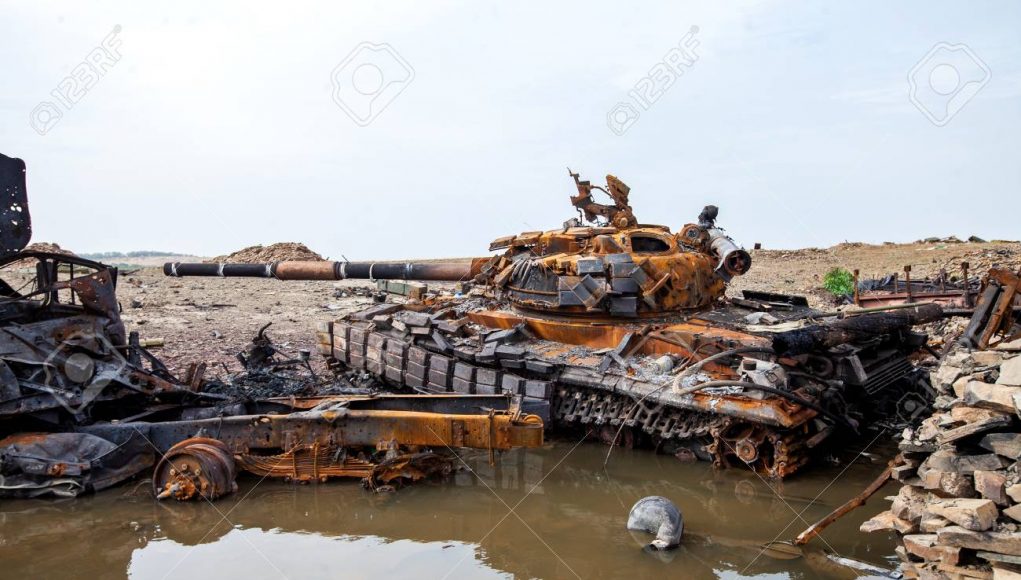 Before entering politics to become president of the Ukraine, Volodymyr Zelensky worked as a TV comedian. There are talents that successful comedians develop: timing, knowing their audience and picking hot topics all prepare you to be a politician. I’m not anti-Zelensky, but he has an agenda and it’s important to understand what that is before we jump off a cliff with him. This week he called on the NATO military alliance to fast-track membership for Ukraine as the best way to end the war in that country.

Zelensky made the preposterous claim that Ukraine faced “Russian aggression” which, he said, was “a serious challenge to the security of all NATO members and the whole of Europe”.

Not all of Ukraine is involved in the separatist movement. See the map, below. 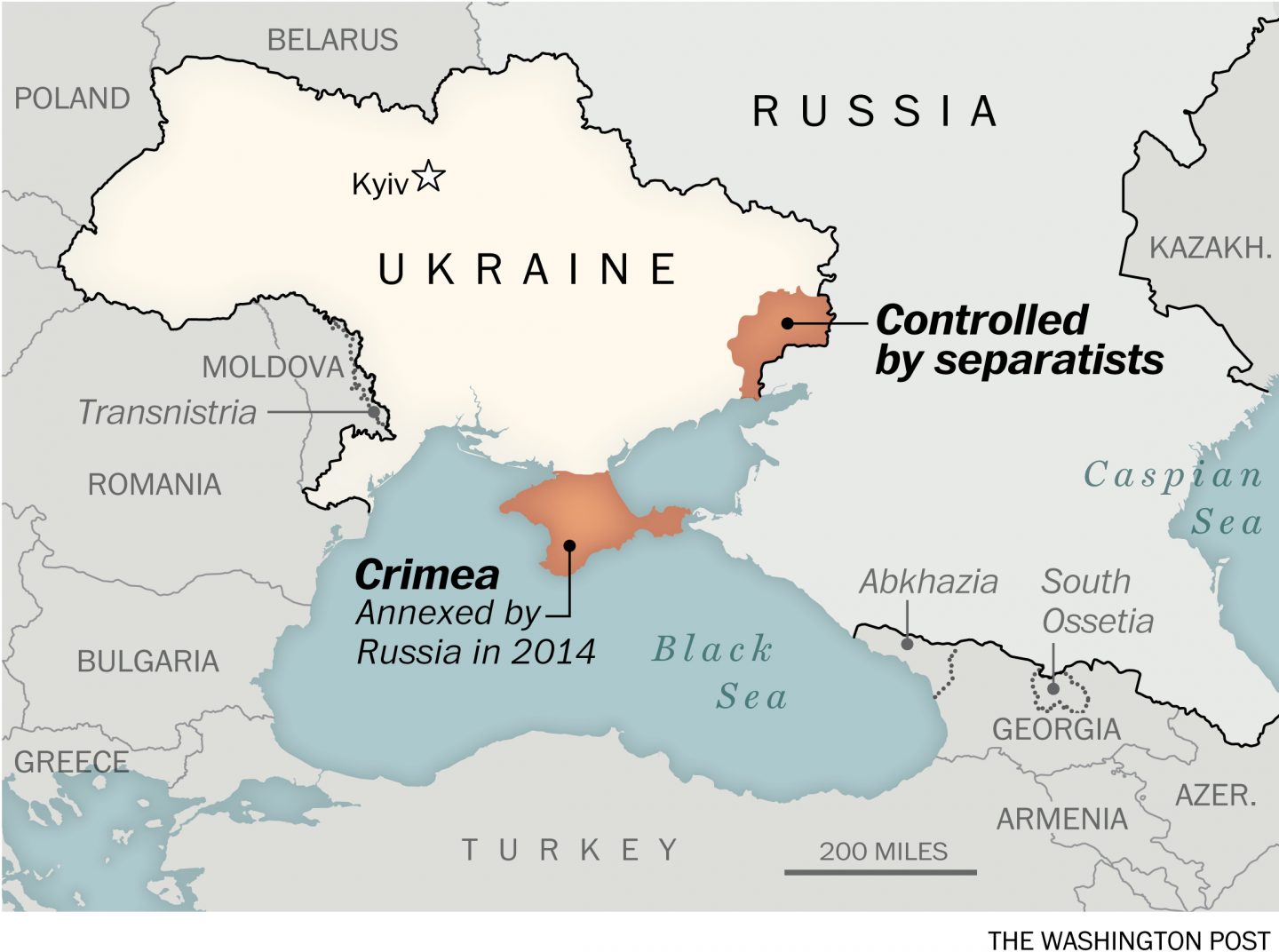 In a phone call with NATO civilian chief Jens Stoltenberg, the Ukrainian president asserted that joining the alliance would send “a real signal to Russia”. And he called for greater deployment of NATO forces to the Black Sea region.

Zelensky’s decidedly unfunny comments about how to end the war in East Ukraine are far from a prescription for peace. They entail the opposite: the long-simmering conflict would blow up into a full-scale war between Russia and the U.S.-led NATO bloc. His call for NATO to end the war is tantamount to asking an arsonist to put out a fire.

NATO’s Stoltenberg sounded supportive, declaring “unwavering support” for Ukraine’s sovereignty and territorial integrity. There were also a flurry of similar statements from U.S. President Joe Biden (on the Ukrainian payroll – kicked back by his son, Hunter), Britain’s premier Boris Johnson, and the European Union.

No-one in their right mind (Biden? Right mind? Riddle me that one.) could agree to Zelensky’s appeal to join NATO. Given its collective defense doctrine, Ukraine’s membership would inevitably drag the military alliance into a war against the Russian-backed separatists of Eastern Ukraine, also known as the Donbas. Moscow has consistently warned that the former Soviet republic joining NATO is impermissible from its national security concerns.

Western media and pro-NATO think-tanks are spinning a narrative that is adding to confusion and bad judgement. Several media reports in recent weeks lend credence to the claims put out by Zelensky and his government in Kiev that a buildup of Russian forces along the border with Ukraine is posing a threat. Moscow has said forces within its borders are no threat to anyone and maneuvers are a legitimate internal matter.

This has not stopped Western pundits from adding two and two to make five. The Atlantic Council, closely aligned with NATO, has this week accused Russian President Vladimir Putin of “testing” the resolve of the Biden administration and its support for the Kiev regime. The Council raised alarm bells by pondering if Russia was about to invade Ukraine. Western media reporting is thus fueling the narrative conjured up by anti-Russian Ukrainian nationalists.

And feckless indulgence of Kiev by Biden, Johnson, NATO’s Stoltenberg and the European Union is further emboldening the intransigence in Kiev to not resolve the conflict by implementing the 2015 Minsk peace accord. That accord which Kiev signed up to – and for which Russia, Germany and France were sponsors not participants – obliged the granting of regional autonomy to the Donbas. The Kiev regime has steadfastly refused to implement the accord and hence the conflict has rumbled on.

A NATO-backed coup d’état in February 2014 against an elected president ushered in a nationalist, anti-Russian government in Kiev. That government launched a campaign against Russian-speaking people in Crimea and Donbas. In a referendum to join the Russian Federation in March 2014 (which the West repeatedly misrepresents as “annexation”), they chose Russia. The Donbas region mounted armed resistance against the offensive waged by the Ukrainian Armed Forces.

The war in Ukraine is now into its seventh year with no sign of ending. Indeed, the signs are that it could escalate. Ever since NATO first began to court Ukraine for membership in 2008, along with Georgia, the country has been thrown into instability and violence.

Reliable reports from Donbas indicate that the flare up in violence over the past weeks has been instigated by the Kiev regime forces, no doubt as a ploy to embroil NATO’s support. The arrival of the Biden family to the White House caused them to ask for the pay-off for bribes paid over years.

Donbas communities have been cut off from electricity and water supplies because of shelling by the Ukrainian military on public utilities. On April 2, a five-year-old child was reportedly killed in a drone strike at Aleksandrovskoye. The aggressor is not the Donbas militia, and even less so Russia. It is the regime in Kiev which has been emboldened by NATO’s backing and the Biden Presidency.

There has been intensified shelling of civilian areas in the city of Donetsk this week. Denis Pushilin, the president of the self-declared Republic of Donetsk, says that security violations by NATO-backed Kiev regime forces are increasing “exponentially”.

The violations of a shaky ceasefire in Eastern Ukraine started to take off around the time that the new Biden administration announced it was releasing $125 million in lethal military aid to the Ukraine. Another $150 million worth of U.S. military support is pending for delivery later this year. All told, Washington has provided at least $1 billion in weaponry to the regime in Kiev since it assumed power in 2014 when Joe Biden was vice president in the Obama administration. 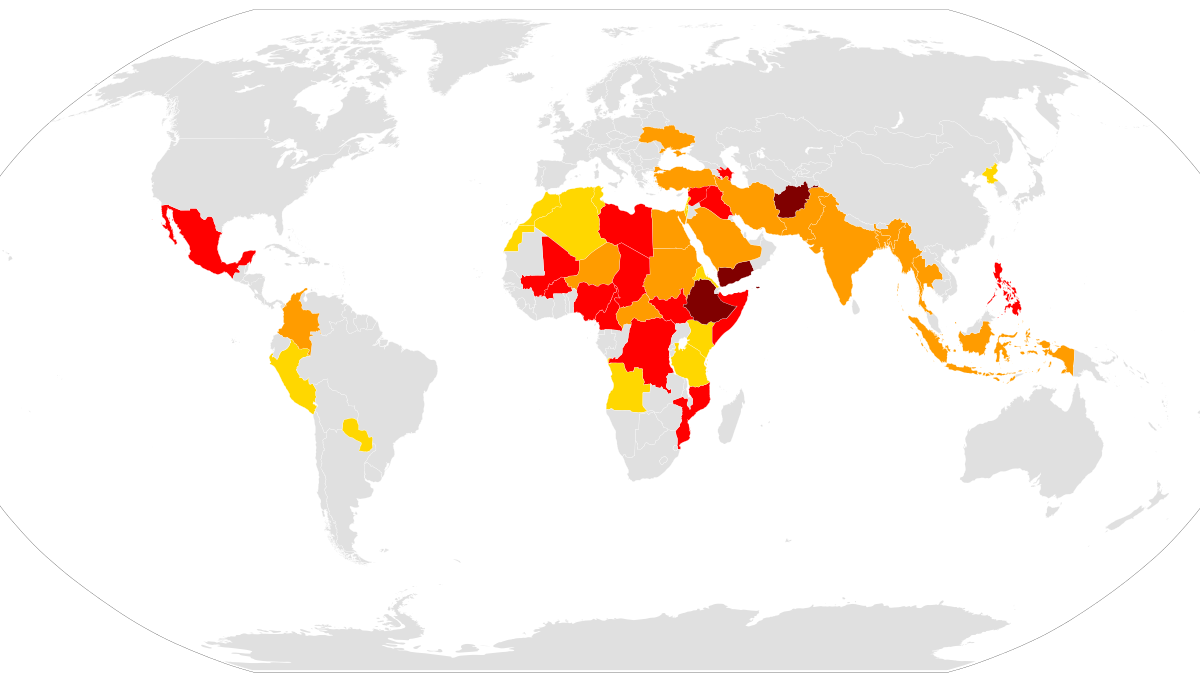 Russia has warned the US to keep its warships away from Crimea ‘for their own good’ as it accused Washington and NATO of turning the region into a ‘powder keg’ amid soaring tensions on the Ukraine border.

Deputy Foreign Minister Sergei Ryabkov called Washington’s decision to deploy two ships to the Black Sea ‘a provocation’ designed ‘to test our nerves’ as he branded the US ‘an adversary’ of Russia, ramping up a word of words between the two nuclear-armed superpowers.

The Biden Regime would really like to have a war get going, “let’s get this party started”.

The US Navy has not said which ships it is sending or when they will arrive, but sources at Turkey’s foreign ministry – which grants permission for ships to enter the Black Sea – said the USS Donald Cook (DDG-75 and USS Roosevelt (DDG-80), two Arleigh Burke-class destroyers, are on their way and due to arrive tomorrow and Thursday.