I know that there is a lot of anxiety floating around. It may be time to turn off the news and watch an old movie this weekend. Here are a few that you might have missed and at the same time might enjoy. They are offered in no particular order, but I enjoyed them all. You may too. I did not recommend films that were previously recommended on this blog (within the past few years, anyway). 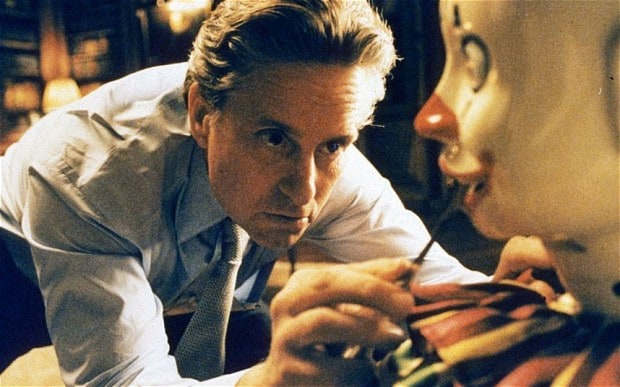 The Game (1997) Nicholas Van Orton (Michael Douglas) is a successful banker who keeps mostly to himself. When his estranged brother Conrad (Sean Penn) returns on his birthday with an odd gift — participation in a personalized, real-life game — Nicholas reluctantly accepts. Initially harmless, the game grows increasingly personal, and Orton begins to fear for his life as he eludes agents from the mysterious game’s organizers. With no one left to trust and his money gone, Orton must find answers for himself.

The Package (1989) Army Sgt. Johnny Gallagher (Gene Hackman) is reassigned after he angers Col. Glen Whitacre (John Heard) at a meeting of American and U.S.S.R. military types. Gallagher’s new job is to shepherd detainee Thomas Boyette (Tommy Lee Jones) from Europe to the U.S. But when Gallagher loses track of his prisoner, he asks his ex-wife, a servicewoman with access to Boyette’s background data, for help. As the chase leads Gallagher to Chicago, the intrigue ramps up in way he couldn’t have imagined.

Rough Riders (1997 Mini-Series) In 1898 the US government decided to intervene on the side of the Cuban rebels in their struggle against Spanish rule. Assistant Navy Secretary Theodore Roosevelt decides to experience the war first hand by promoting and joining a volunteer cavalry regiment. That regiment, later known as the Rough Riders, brings together volunteers from all corners of the nation and all walks of life. They include a stagecoach robber, Henry Nash, and patrician men. When Roosevelt and his men finally land on Cuba, they face ambush, intense enemy fire, and a desperate, outnumbered charge up a defended hill.

Heat (1995) Master criminal Neil McCauley (Robert De Niro) is trying to control the rogue actions of one of his men, while also planning one last big heist before retiring. Meanwhile, Lieutenant Hanna (Al Pacino) attempts to track down McCauley as he deals with the chaos in his own life, including the infidelity of his wife (Diane Venora) and the mental health of his stepdaughter (Natalie Portman). McCauley and Hanna discover a mutual respect, even as they try to thwart each other’s plans.

The film has a realistic feel to it and I found myself drawn to the plot. 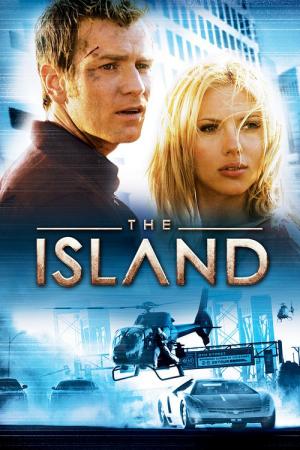 Futuristic thriller about a contained, seemingly utopian facility in the mid-21st century. The residents hope to be chosen to go to the Island – the last uncontaminated place on Earth, but when one inhabitant discovers that there are sinister forces at work, he and a female friend make a daring escape.

No spoilers – but I think that you will enjoy it.

The Charge of the Light Brigade (1968) Yes, it’s the remake, but I think that you should consider viewing it.

The film is about the folly of war, and the poor state of the British Army and its leadership during the Crimean War (1853–1856). Britain had not fought in a European theatre since the Battle of Waterloo in 1815, and the army had become sclerotic and bound by bureaucracy. Tactical and logistical methodology had not advanced in forty years, and the whole ethos of the army was bound in outmoded social values.

The anti-hero is a relatively competent officer, Captain Louis Nolan (David Hemmings). A veteran of the British Indian Army, Nolan is unusual in the hierarchy of his day both for having combat experience and for having acquired his commission through merited promotion as opposed to purchase. As such he regards many of his colleagues, who are mostly aristocratic dilettantes casual about squandering their subordinates’ lives, with contempt.

Nolan’s superior is the gruff Lord Cardigan (Trevor Howard), who treats the regiment under his command as his personal property and who dislikes Nolan as an “Indian” officer with a native Indian servant. Cardigan’s men are typical of the common soldiers of their day; though reasonably well-equipped – compared with the Russians – they are also poorly trained and supplied. They endure squalid living conditions and are punished mercilessly for the slightest missteps in their duties. Nolan soon gets into a highly publicised feud with Cardigan, who is angry at him for ordering Moselle wine at a banquet where all guests were to drink champagne.

You know about the charge against the Russian guns, you’ve read and heard the poem.