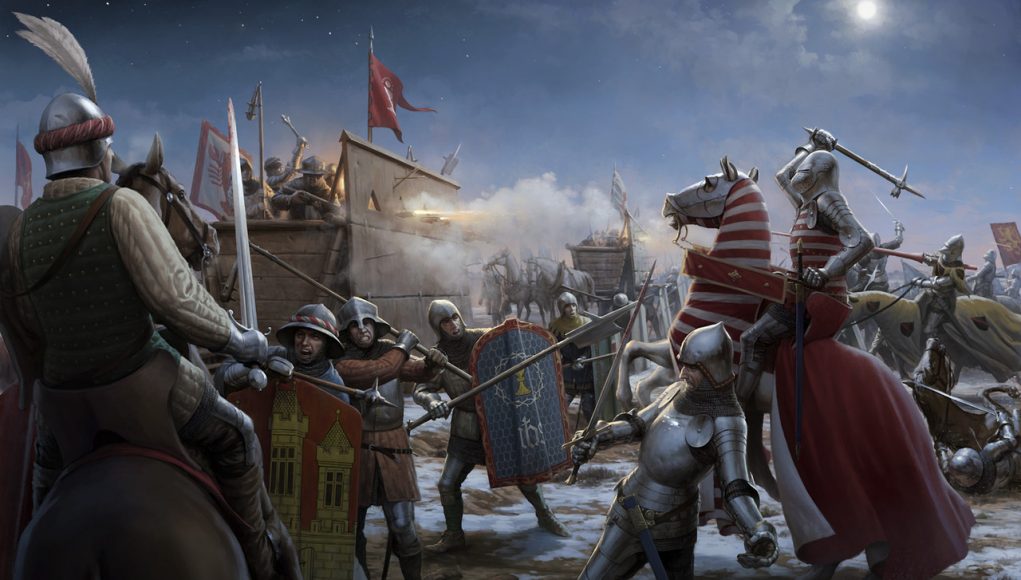 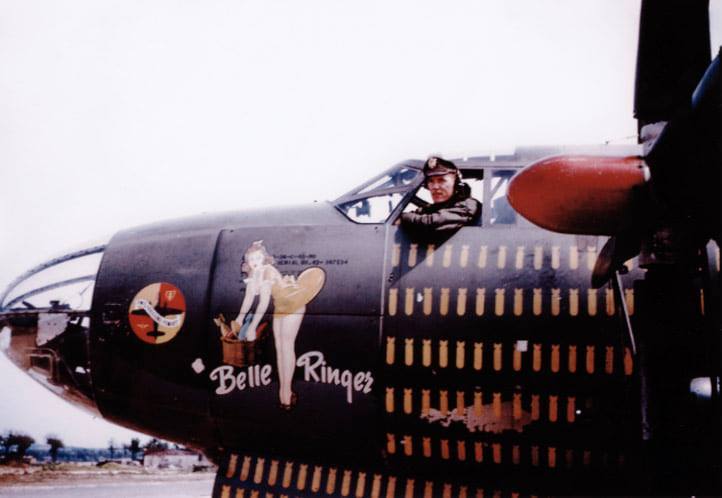 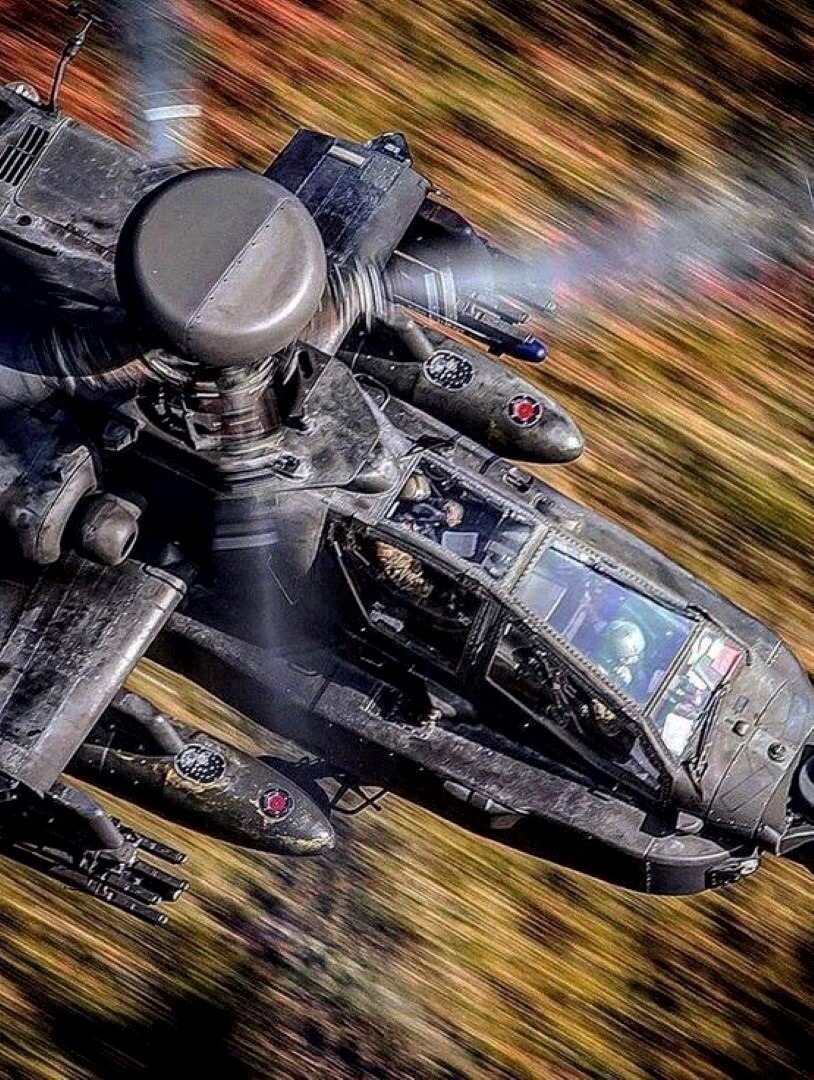 Not made of yew…

The zweihänder sword and helmet (presumably) belonged to Pier Gerlofs Donia (1480-1520), otherwise known as Grutte Pier (Greate Pier), Friesian pirate, warlord and folk hero of the late 15th century who sunk 132 enemy ships – including one epic battle where he destroyed 28 Dutch ships (most smaller than his) in a single day.

The Blade has the stamp “Inri” (Jesus of Nazareth, King of the Jews) The handle is made of oak and covered with goat skin in one piece, taken from the leg, that is, there is no seam. In all likelihood, this sword with identifying marks, came from Germany. The sword is on display in the Museum of Friesland (Fries Museum) in Leeuwarden.

In 1515, Pier Gerlofs Donia’s house was destroyed and burned by soldiers of George the Bearded (Georg der Bärtige, 1471-1539), Duke of Saxony, founder of the Albertine branch of the Wettin family. The Landsknechts raped and murdered Pierre’s wife, after which hatred prompted him to take part in the Guelders Wars (Dutch: Gelderse Oorlogen) against the powerful Hapsburgs, on the side of the Duke of Guelders, Charles II (1492-1538), a member of the House of Egmond.

According to legend, Pier was around 7 feet (around 2.13 m) tall, and was so strong that he could bend a coin using just his thumb and forefinger.

Another legend attesting to his great strength is that he was able to pick up a plough with just one hand.

There is another legend that says that Greate Pier could cut down several heads with his sword at once.

I don’t know how fast he was, though. Could you get past the sword and take the giant in close? Or stand off use the proven Biblical method of a sling and a polished stone?

US border patrol agents have found a medieval-style catapult mounted on the border wall with Mexico, designed to launch bundles of drugs into the US. 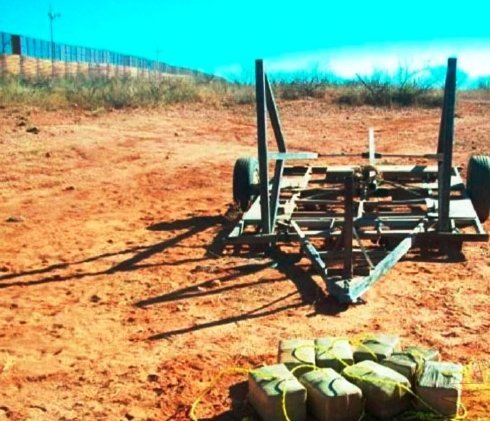 The device was discovered last week, southeast of Tucson, Arizona, when agents spotted a group of men scattering as they approached. 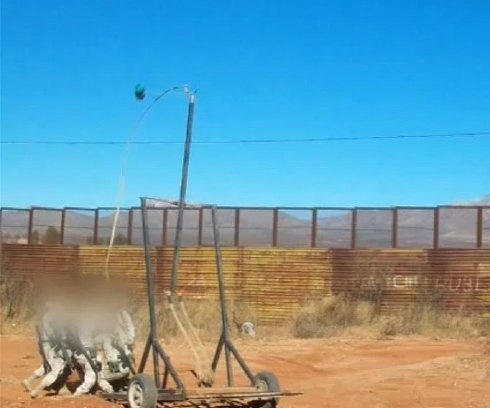 A closer look turned up two bundles of cannabis weighing a combined 47 lbs (21kg), which had yet to be launched. 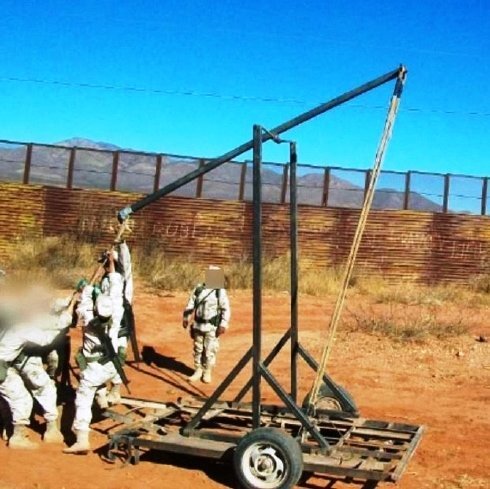 The catapult was dismantled on the Mexican side. No arrests were made.