Wars and Rumors of War

Six weeks of fighting ended in November with Armenia’s defeat. Yerevan ceded swathes of territories to Baku under a Russian-backed ceasefire, which was seen in Armenia as a national humiliation.

“Everyone who visits the park of military trophies will see the strength of our army, will see our willpower, and how hard it was to achieve victory,” Aliyev said in a video address published on his website.

Hundreds of helmets of Armenian soldiers killed in the war were displayed in the park in central Baku as well as wax mannequins of Armenian troops.

The park, due to be opened to the public shortly, sparked uproar in Armenia, with the country’s foreign ministry accusing Azerbaijan of “publicly degrading the memory of the victims of the war, missing persons and prisoners of war, and violating the rights and dignity of their families.”

Mass anti-government protests have been regularly held in Yerevan against Prime Minister Nikol Pashinyan’s decision to agree to the humiliating truce, leading him to call snap polls in June.

“The message of the park and the exhibits displayed here is unambiguous: Victory is the triumph of international law over illegal occupation and the policy of aggression,” the Azerbijan ministry said in a statement.

Ethnic Armenian separatists declared independence for Azerbaijan’s Nagorno-Karabakh region and seized control of the mountainous enclave in a brutal war in the 1990s that left tens of thousands dead and forced hundreds of thousands from their homes.

Azerbaijan and Armenia have traded accusations of war crimes after the conflict – which had been largely dormant for decades – re-ignited in September. 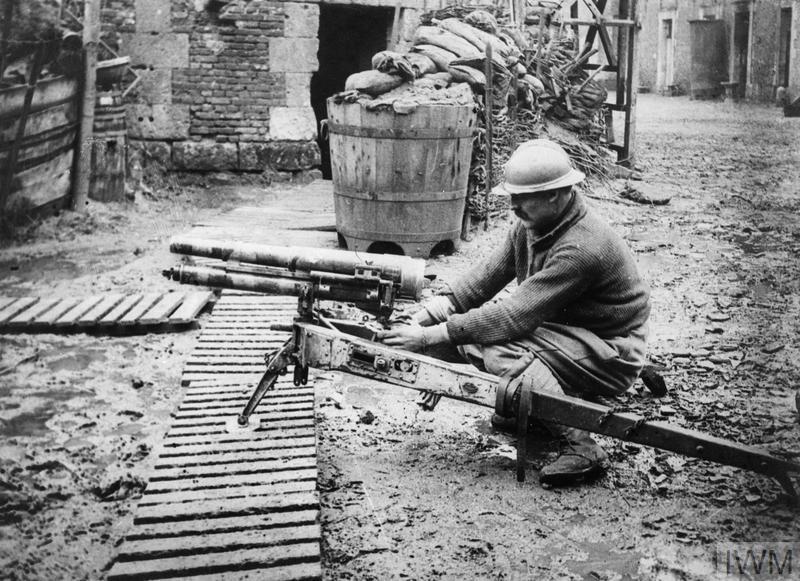 Ok, it’s not quite nostalgia. More of an interest. in the photo (above), a French gunner polishes a 37mm infantry support gun at Tilloy. The War-to-End-all-Wars brought about a lot of evolutionary dead end weapons that found their place in trench warfare, and many of them have passed from general historical consciousness. There is a certain misery index for troops (Russian) at the Eastern Front and everyone at the Western Front, that is difficult to effectively quantify today.

This month in history, the Mongols smashed Polish and allied forces at Legnica/Liegnitz, 1241.

As part of his winter campaign against Hungary in 1240-41, the Mongol generalissimo Subatai “the Invincible” sends a force of two “Tumans” (10,000 man divisions) through Poland, to cover his northern flank. This force is led by the Imperial Mongol princes, Baidar, Orda and Kadan; grandsons of Genghis Khan.

After defeating smaller Polish forces at Tursk and Chmielnik and burning Kracow; the Mongols engage the main Polish army, under Duke Henry “the Pious” of Silesia, at Legnica, on April 9, 1241.

Henry’s forces are estimated as high as 25,000 and as low as 2,000. Along with his own Polish forces Henry’s army included small contingents of French Knights Templars (500?) and Hospitallers; as well as a force of Teutonic Knights, who held lands in northern Poland. 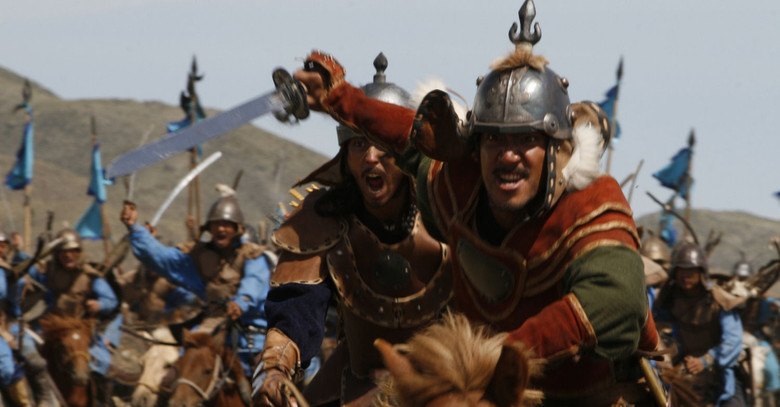 In the resulting battle, the Mongols created confusion and covered their movements with a smoke screen; produced by burning reeds. The horse archers poured arrows into the Polish ranks, goading the never-patient knights into charging them. Feigning flight, the nimble Mongol light horsemen drew the Polish cavalry far from its supporting infantry. The Mongols then surrounded the pursuing knights as their heavy horses tired; and killed their horses with showers of arrows. The dismounted knights were then slaughtered by a charge of Mongol heavy cavalry. 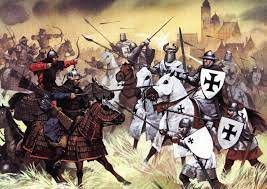 Duke Henry, severely wounded in the armpit by an arrow, was surrounded with just four retainers. These were cut down, and the Duke was pulled from his horse and decapitated.

The Polish infantry was then attacked, and broke after attempting to stand.

Duke Henry’s head was displayed on Mongol lance as the invaders advanced, ravaging the countryside.

Most analysts consider the Mongol attack on Poland as a mere screening operation, protecting the northern flank of the main Mongol forces invading Hungary. Within days of Duke Henry’s defeat at Legnica, Subatai and Batu Khan engaged and defeated the main Hungarian army at Mohi.

The Mongols out thought and out fought their adversaries with a combined arms force that employed smoke to conceal its battlefield movements. The Poles and their allies were outmatched. 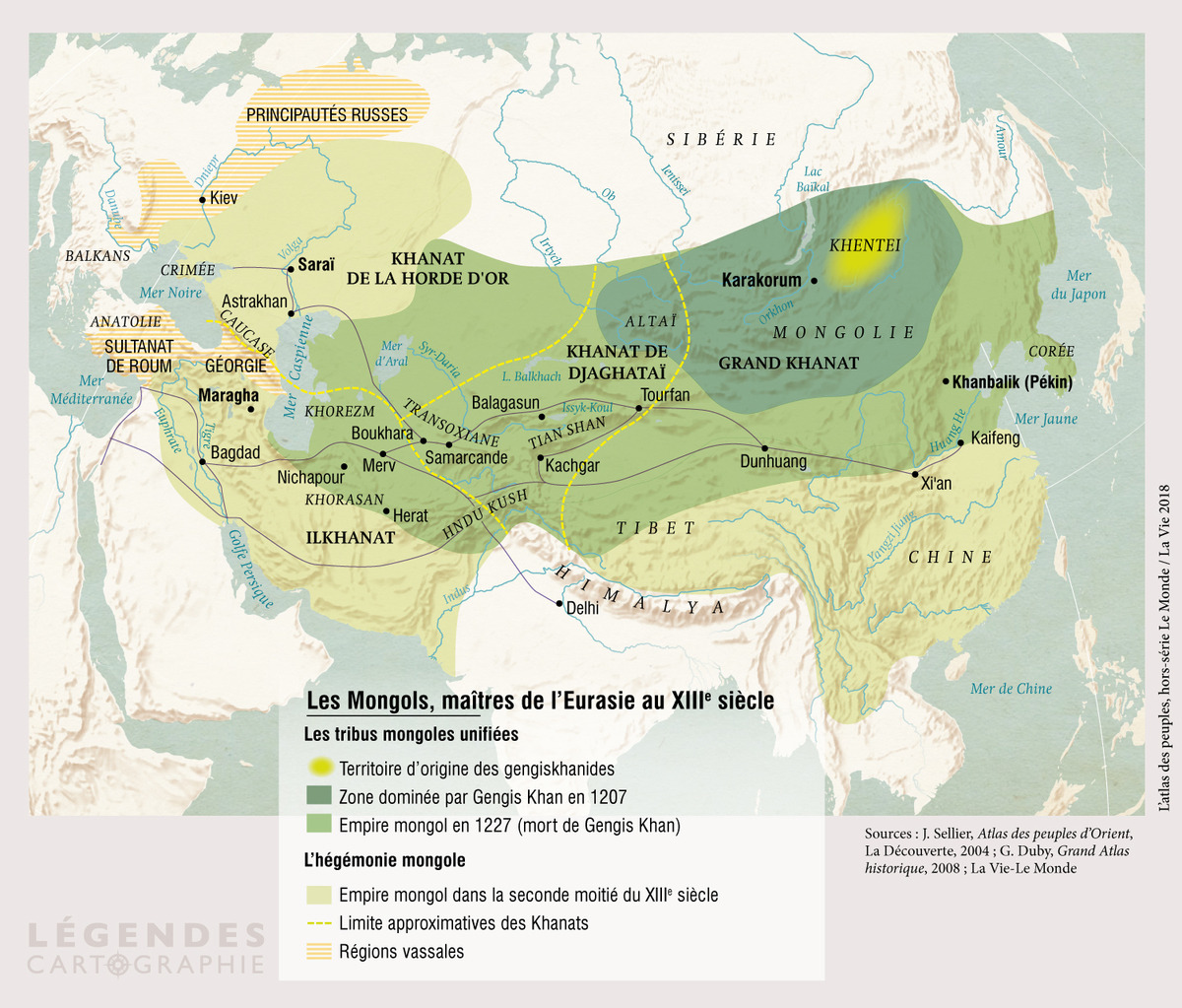 Témüdjin, (1162-1227), took twenty years to unify the Mongol nomadic tributes. Proclaimed sovereign in 1206, he took the name of Genghis Khan, he subdues the Jin, Tangout, Kara-Khitan Empires. His successors continued the conquests and constituted the largest empire in history.

The Drum Beat of Greater Idaho

Idaho lawmakers appeared intrigued but skeptical on Monday (April 13, 2021) when pitched a plan to lop off about three-fourths of Oregon and add it to Idaho to create what would become the nation’s third-largest state geographically. 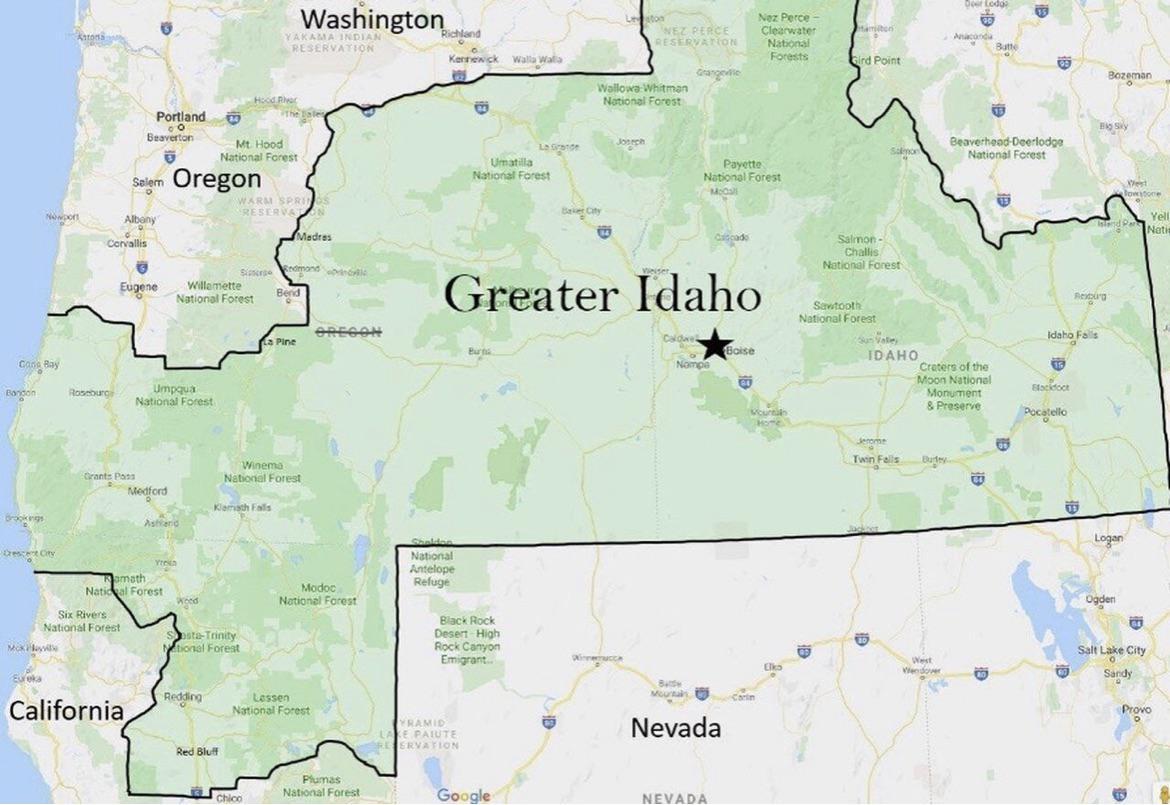