Vote for Roseanne instead of Barack

Facebook
Twitter
Pinterest
WhatsApp
On August 4th, 2011, Roseanne Barr announced her candidacy for President of the United States on the Tonight Show with Jay Leno, as the Green Party Candidate. She has since changed coats and is running on the Peace and Freedom Party ticket in fourteen US States.
The Peace and Freedom Party’s first presidential nominee, in 1968, was Eldridge Cleaver, the Black Panther. In 1972, Benjamin Spock, the renowned pediatrician, headed the ticket. Four years ago, the party’s presidential nominee, Ralph Nader, appeared on ballots in only two states, California and Iowa. As dismal as that sounds, Democratic Party members can still vote for Barr to make their vote count for something.
Barr feels that Barack Obama is not socialist enough as do the coalition of fringe communist/socialist parties in the USA: Peace and Freedom Party, the Freedom Socialist Party, the American Communist Party and the Party for Socialism and Liberation.
Roseanne Barr made her comedic career as an ‘angry housewife’ and it seems that she has redirected her anger into the political arena. One can only speculate that as a Jew, she might feel as if the Obama Camp is too anti semitic for her personal tastes, though she apparently hasn’t made that clear in public to date. 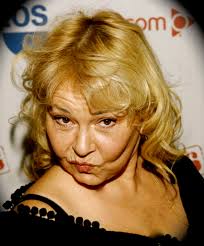 Scandal rocked the Barr campaign as the American Communist Party broke ranks with her campaign and endorsed Barack Obama for president again, the same way that they did in 2008.

The huge voter surge in 2008 elected Barack Obama, the first African American president. In the face of non-stop opposition, he pushed through: 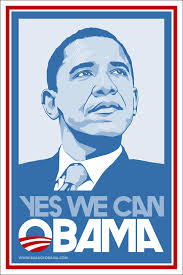 Dull, isn’t it? It’s dull because you have heard it all before. The Democratic National Convention resounded with these talking points all week long. Obama and his surrogates have recited them all for months, years.
And from which “Obama 2012” website did I copy and paste this dreadful resume of progressive policy and executive overreach?
Actually, I copied it from the website of the Communist Party USA. Their homepage features a headline article, “Why Vote?” This article offers the above list of Obama’s achievements (h/t American Thinker)
The Democratic Party faithful have two candidates whose political philosophies are linked completely. They can choose between Roseanne Barr or the incumbent, Barack Obama, a political insider.

Nikita Sergeyevich Khrushchev led the Soviet Union during part of the Cold War. He served as First Secretary of the Communist Party of the Soviet Union from 1953 to 1964, and as Chairman of the Council of Ministers, or Premier, from 1958 to 1964. His most famous quote was telling the United States that “We will bury you.” For the past four years, I feel as if I’ve been “Barry’d to death”…