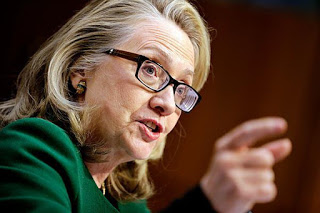 Facebook
Twitter
Pinterest
WhatsApp
The art of magical thinking is alive and well with the progressive left. I had a discussion with a person the other day. Said person self-identified as a Marxist. The only way that you can be a Marxist is to suspend logic and reality and embrace “magical thinking”. This is what Barack Obama (a utopian socialist) did, and it’s why he and the country have nothing to show for his term in office. The only exception to that would be that the private citizens in America are substantially better armed than when he took office. While that IS an achievement, I doubt that he’ll dedicate a wing of his presidential library and monument to that.
Marx proposed a ‘magical’ economic system where goods and services would be produced without reference to prices, to supply and demand, and to the scarcity of resources. He proposed economics without economics, and there are a number of people around the world who bought off on it. If someone who proposed a geometric system without points and lines, without definitions and without common notions, it would be akin to Marxism in its lunacy. In order to answer his critics, Marx told them that to minds conditioned by bourgeoisie means of production, the results of the material dialectic once the dictatorship of the proletarian had ended the exploitation of private property forever was unimaginable to them. For those of you who don’t speak Leftist, Marx merely proposed that oldest and most favorite of Leftist counter-arguments: he told them to shut up.
Marx was not an economist, he was a ‘magical thinker’ who considered himself a genius. He wished to destroy economics because economics teaches us all that there is no such thing as a free lunch. Leftism includes as its core the psychopathology of phobia toward the free market, and a faith in the institutions of government to correct for alleged errors in a functioning free market system based on rule of law and the sacredness of private property.
Leftists define themselves as those who seek to overturn the rule of law and have law based on persons: one rule for the rich (to be taxed) and one for the poor (to receive the tax money). In recent years, the naked evil of this lawlessness has become too plain, and instead race relations rather than rich and poor are often substituted, so that Black lives Matter, but saying White lives Matter is racist and condemned. The effort again is to substitute rule of law with rule by Mandarins, intellectuals, and self-anointed enlightened ones, law based on persons.

When Hillary Clinton re-launched her presidential campaign, last week, she explained all of the “free things” that she would institute when she took charge of the nation. That is the sum total of what she said. The government is a spender, not an earner. Barack Obama has spent $8 trillion dollars more than the government took in. In order to give free things to people (presumably in exchange for a vote), Ms. Clinton would either borrow the money or engage in income redistribution by scheming to take money from a block of people who don’t support her politically. The art of giving breaks to your friends is precisely why the tax code is so massive.
Leftists don’t hate making money. They love it. Nobody loves making money more than the Clintons do. They hate that YOU make money, unless you give it to them, then you’re fine. They’ll protect you. The progressive left have a lot of grievances against everyone else and fueling that hatred gives them a constituency for whom they provide somebody else’s money.
The game, in much the way that Marxism does, requires magical thinking – you can continue to borrow and the system will never implode. If it does, it won’t be on “your watch”. Expect no rational counter-arguments to be tolerated as Ms. Clinton implements Alinsky’s Rules.