From Fox New’s Sunday Roundtable, this is Charles Krauthammer’s take on the profoundly corrupt process behind the health care bill, and the way this process reflects on Obama: 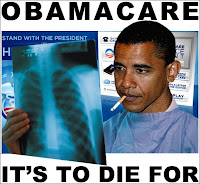 It is a bribe, and that’s why it is so unpopular. Look, it’s not just a question of it depriving the Treasury of revenue. It’s question of equity.

You’ve got two workers, same type of job, same plan, same income, one of whom is a member of a union. And the guy who isn’t [a union member] is going to end up having a tax of 40 percent on his plan, and the other guy is not. And that’s simply incredibly unfair. And obviously, it’s a corrupt bargain.

That deals are [being] made corruptly and so openly is astonishing: the “Louisiana Purchase,” a cool $300 million for the Landrieu vote; the — what happened in Nebraska, this eternal exemption that Nebraska would have on paying for the extra Medicaid cost; and now the unions.

The reason it’s hurting Obama is he ran on the idea that he would change our politics. It would not be driven by special interest. There would not be the secret deals.

And he’s done it with the unions, with the pharmaceutical companies, with the doctors, with the hospitals, all in a way that everybody can see. And that’s why he’s hurting so much in the [personal] polls and on the health care issue itself.

UPDATE: The New York Times is much more sanguine about this whole process. (So sanguine, in fact, that the reader who sent me the link to this article told me that his wife, an Independent Democrat, conceded for the first time that the Times is the Pravda of the Democratic party.) Thus, rather than seeing the union deal as an offensively corrupt piece of horsetrading that buys votes at the expensive of other citizens, the Times assures us that it’s a great piece of statesmanship that will shower government beneficence on all citizens:

(are you ready for the lie)

The agreement treats unionized workers far more favorably than nonunion workers, the price for the support of important Democratic constituencies. But it would preserve the tax’s crucial role in slowing the rise in health care costs for decades to come. (NY Times)

A vast majority of economists agree that the tax would be a valuable cost-control feature. In our largely fee-for-service system, doctors have an economic incentive to provide more services. With insurance covering most of the bill, neither patients nor doctors worry much about costs. Requiring workers to pay more out of pocket would force them and their doctors to think a lot more carefully about whether an expensive test or treatment is really necessary.

There is some risk — nobody knows how large — that higher deductibles and co-payments would discourage some people, especially the chronically ill, from seeking medical care that they need. Congress can avoid this tragic outcome by setting up a monitoring system to detect any emergence of harm and making a midcourse correction to protect the health of any groups that suffer adverse consequences. (NY Times)

Do you feel better now? Congress (fair and uncorruptable) will oversee everything for YOUR sake to make sure that you won’t get screwed.

One question for the blog readers – When has Congress genuinely* acted to protect you from anything? The only way they would do this is if THEY, the Congress were subject to the provisions of ObamaCare, and they are not.
*When I say “genuine”, I mean that the members of Congress acted without self interest (they weren’t bribed or coerced to vote in your interests).