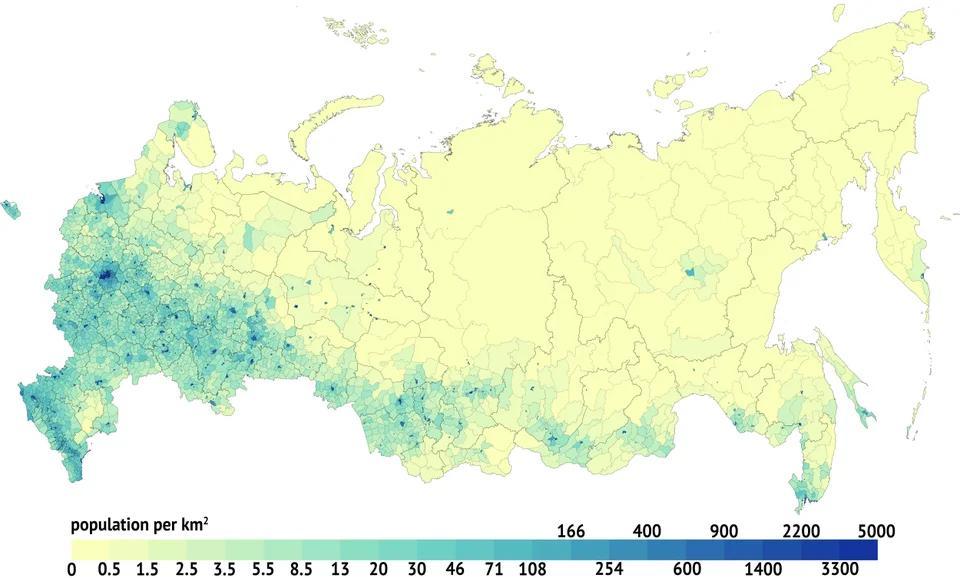 “Beset with a population aging into decrepitude and a system that has given up educating the next generation, Russia’s credit collapse is but one of a phalanx of factors capable of ending the Russian state. The question isn’t will the Russians go out swinging—Russian’s invasion of Ukraine is testament to that—but instead, who else will they swing at?” – Zeihan 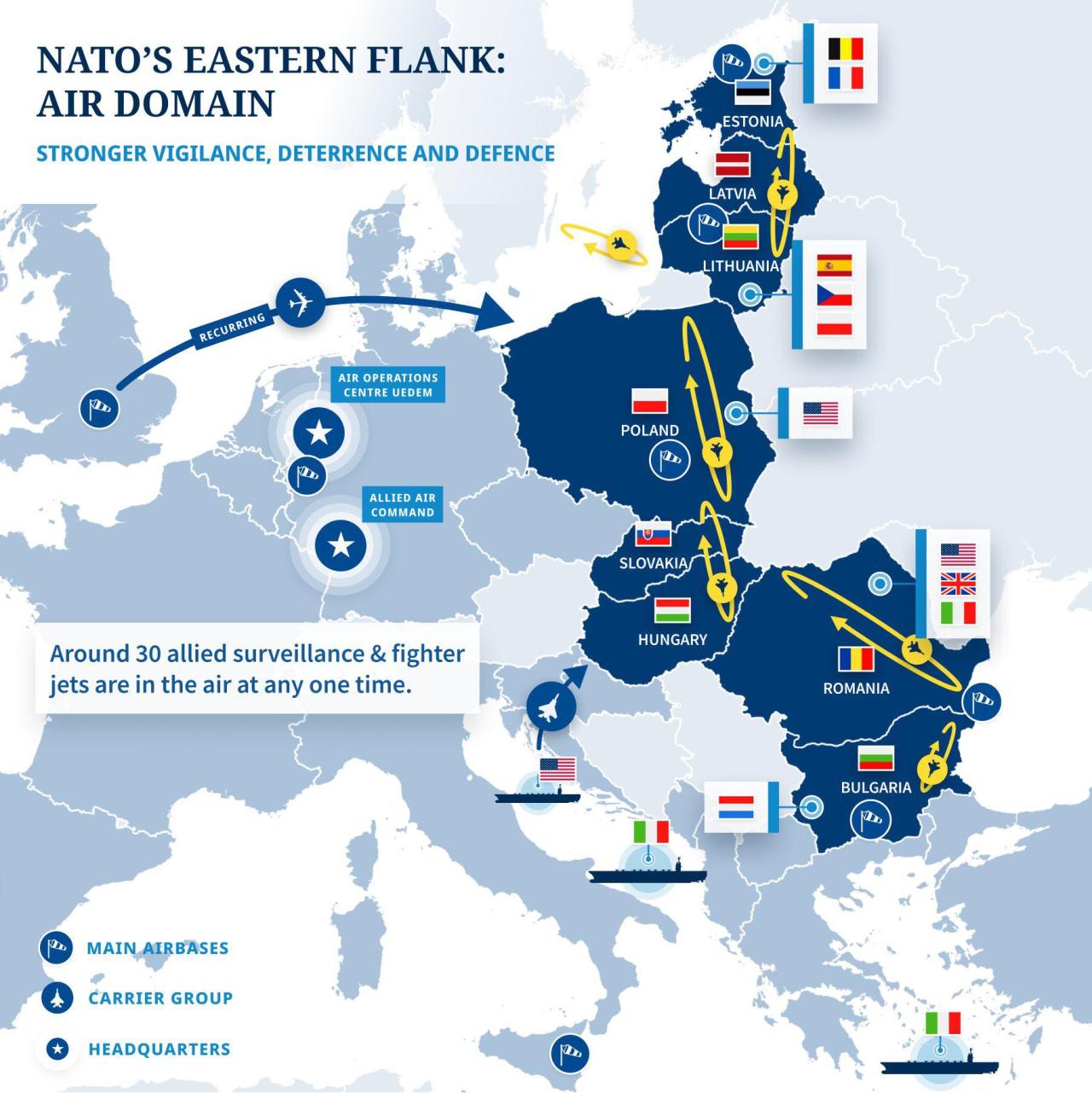 The 24-hour surveillance and combat air patrol posture of NATO countries have increased since the war between Russia and Ukraine began. Note the presence of Italian aircraft carriers in the mix. 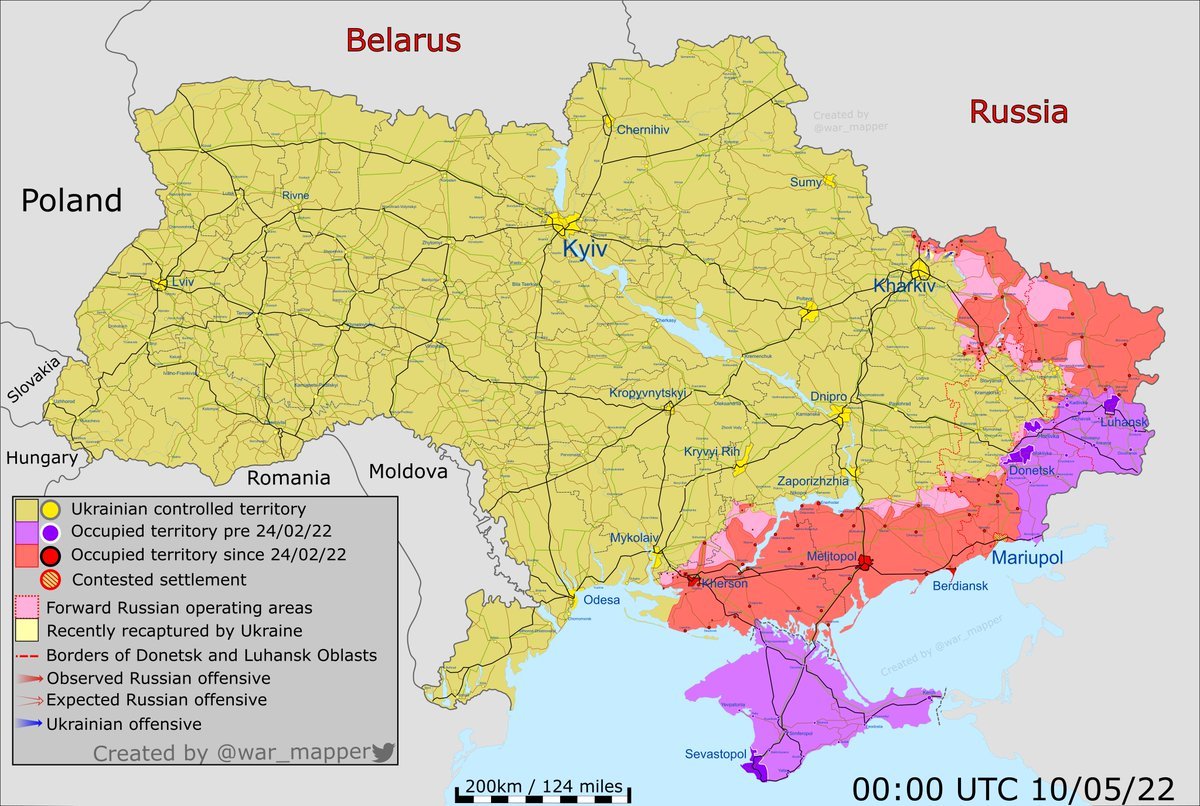 Ukraine carried out two offensives in the Kharkiv area. 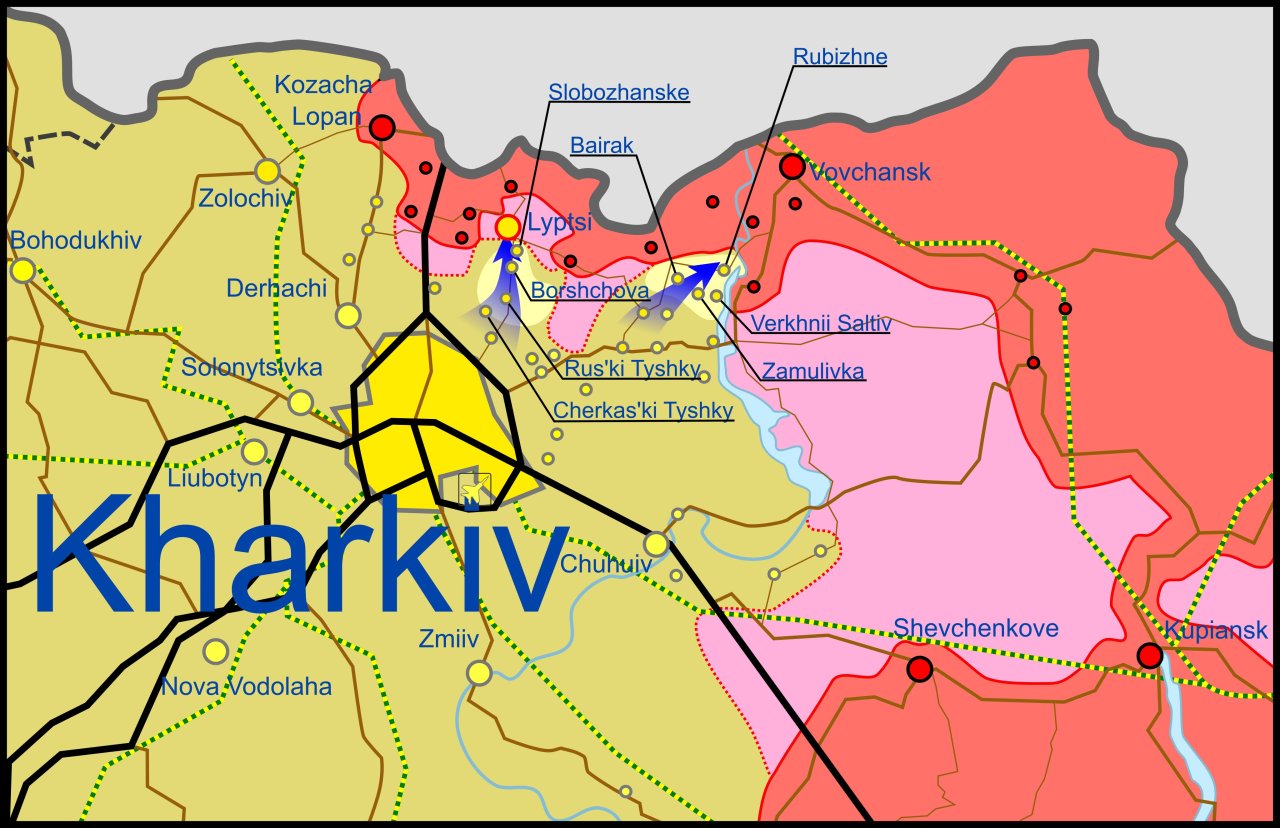 The Russians have been promising a large counterattack for a month now but don’t seem to have much momentum. Perhaps they’re amassing logistics for that sort of a summer offensive. They still have an army in the field, significant armor and artillery assets, and theater air resources (located off the map) available to support such an offensive.

Even if Ukraine pushes Russian military forces out of its territory, they share a common border and Russia can make its moves. The problem with all that comes with overhead surveillance. You can’t move quickly enough to surprise the satellites and the people watching you from Virginia. It simply won’t be much of a surprise.

Those quick moves would have been made by the Russian VDV (airborne forces) and they’ve suffered catastrophic losses in the war to date. The 331st Guards Parachute Regiment, literally the best in the Russian order of battle, needs to be rebuilt before it can fight again.

The men in the 331st regarded themselves as the pick of Russia’s army. In a video posted online last May (2021), a general tells soldiers of the 331st Parachute Regiment that they are “the best of the best”. The unit served in the Balkans, Chechnya, and the 2014 Russian intervention in the Donbas region of Ukraine, and regularly took part in Red Square parades in Moscow.

The 331st was also a showcase for Russia’s policy of replacing national service soldiers with contraktniki – professionals under contract. It is understandable why the generals should have given it an important role in the invasion.

On the memorial wall for Sergeant Sergei Duganov, one woman wrote: “Nobody knows anything. The 331st regiment is disappearing. Almost every day, photos of our Kostroma boys get published. It sends shivers down my spine. What’s happening? When will this end? When will people stop dying?”

Her post was followed by another, which exclaimed: “Kostroma has lost so many young men, what a tragedy”. Another pleaded: “God, how many more death notifications shall we receive? Please have mercy on our boys, help them survive, return them back home to their wives and mothers. I’m begging you!”

Maybe replacements will come from other broken VDV units and 331 Guards Airborne can return to action this summer? Maybe the lessons learned will be enough to keep from these elite units being shredded in combat (often by Ukraine reserve units or local militia units). Maybe not? The question for Russia is whether it’s worth it.

A Canadian soldier in Ukraine (his view of fighting)