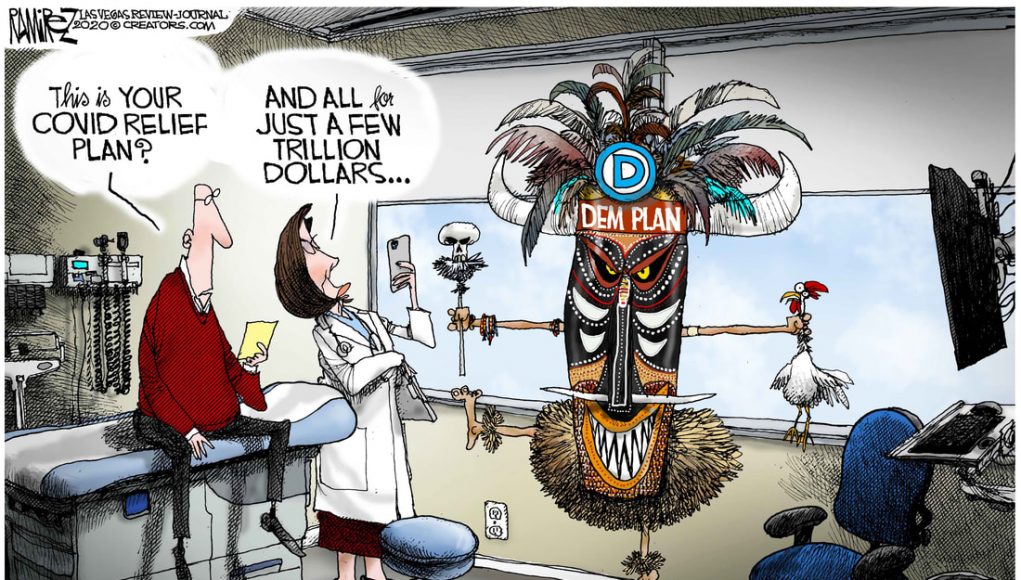 Sometimes it’s fun to break a rule. And there I am – on the road – no mask – dining out – shit-eating grin on my face. Don’t judge me. I remember the time, not THAT long ago, when everywhere was open, and all you needed was the money to throw down to get a nice meal at a nice restaurant. Sometimes you’d need to wait for fifteen minutes to get a table.

Today it’s like Prohibition, getting allowed into a speak-easy, eyeball through a slot in the door. Are you the police? “No”. Um, ok, the door opens and you can order a steak. “Are you sure you’re not carrying the Chinese Plague?”

“Do I look sick?” You slide the receptionist a Hamilton – prohibited cash. It wasn’t that long ago that cash was accepted everywhere. Today, plastic, but restaurants are closed because of the plague and plastic allows the transaction to be tracked. And in SoCal if you’re a business caught engaging in this sort of skulduggery, they cancel your license, turn off the water and power, and levy a heavy fine. But it’s not a drug deal, it’s a Ceasar salad, a steak, chimichurri, papas fritas and a diet coke.

Once allowed in, you’re directed to a table, seated and they hand you a menu. Others look at you furtively – no mask.  They’re not wearing masks either, and they’re eating in a way that is prohibited by law. They avert their eyes, which return to the Porterhouse in front of them. 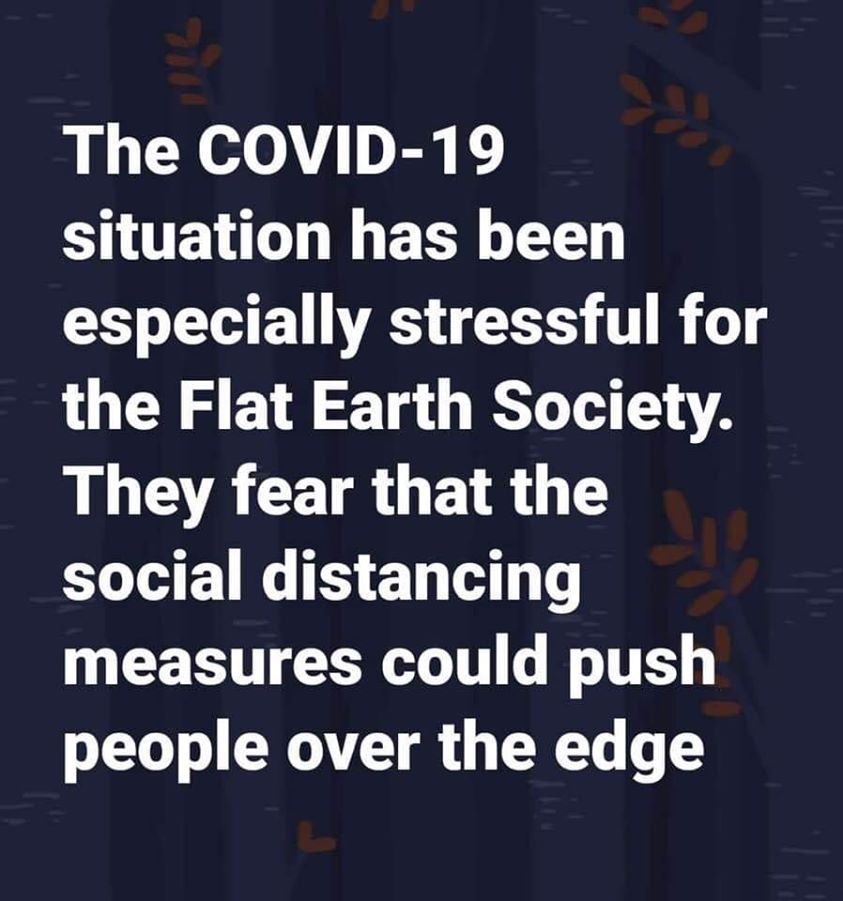 The prices have gone up, and you know that the tip is going to be more than you’d usually drop, but you’re engaging in illegal activity – a meal, without a mask, when everywhere else is closed. Pulling this clandestine activity off is something that the average folks either fear to do or they don’t have the right connections. They drive through and eat their McBurger out of paper, spilling the drink, served in a plastic cup in their lap when the rinky-dink plastic lid buckles. 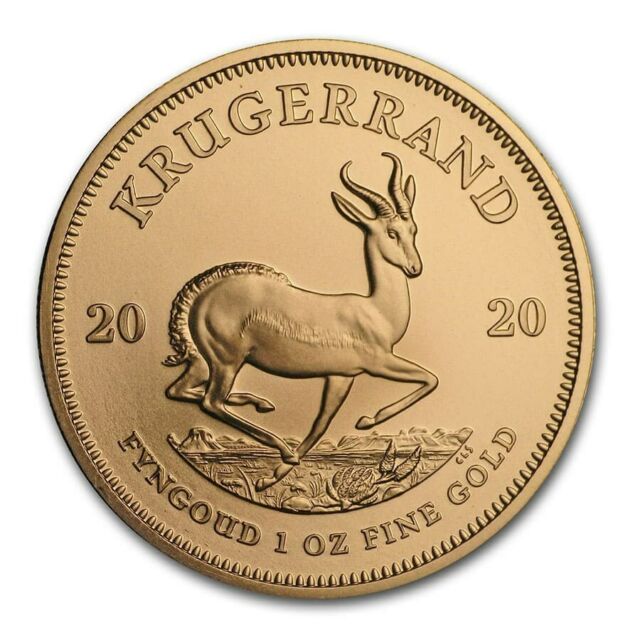 Who would have thought that it would be like this a year ago? Absolutely nobody. But it is life on the road, trying to make a few gold Krugerrand to rub together…because gold–is gold, these days. Krugerrand have no $$ value stamped on their face and you can move them across national boundaries without declaring them as currency (No Currency and Monetary Instrument Report – they’re not currency). They are a commodity like diamonds or parsnips or pencils. Always opt for Krugerrand for that reason. And if the paymaster gives you a funny look because you’ve asked for Krugerrand for payment, ask them, “really”?

Thanks Democrats, you scum sucking curs.

And since I do most of my work outside of the US, it’s easier to get a clandestine meal at a nice hotel outside of CONUS, where most of the tables are now empty – because of the Chinese Plague.

Never fear, though I’m far away, the blog must go on.

You can see (above) why the Donkeys embrace “Black Lives Matter”. 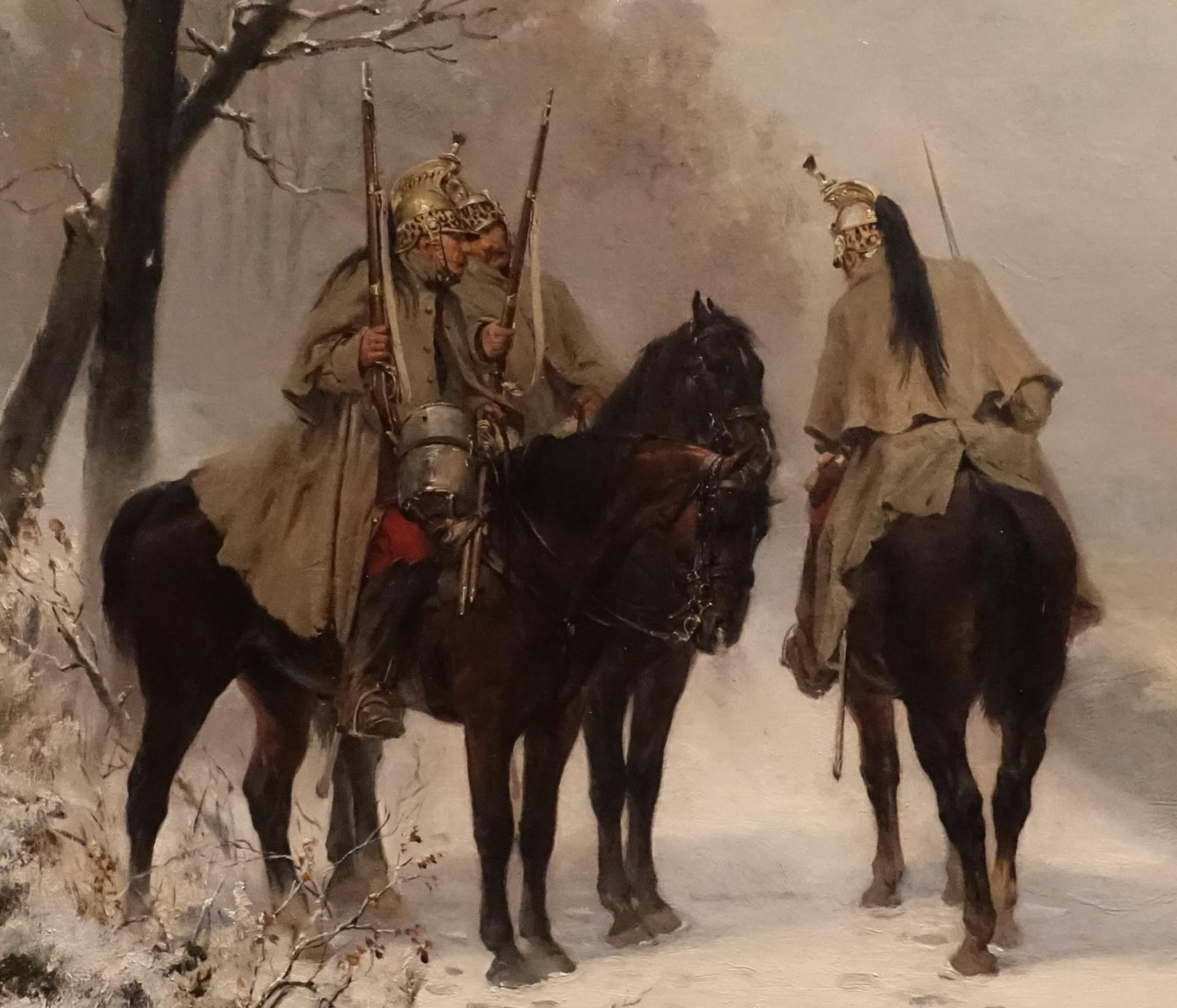 The Minié ball (a bullet shaped design) was well known in the US because it saw such wide use during the Civil War/War of Northern Aggression/War of the Rebellion. In the early 1850’s, James Burton, working at the US Arsenal at Harper’s Ferry, improved the Minié bullet by removing the iron plug that was used in Britain and France at the time.

The Minié ball was easy to reload and made firing faster, it was easy to mass produce, inexpensive, and did horrible damage when it struck the target. The bullet often disintegrated when it hit, causing a massive exit wound, it blew off limbs and shattered bones leaving amputation as the only option.

But what came before? 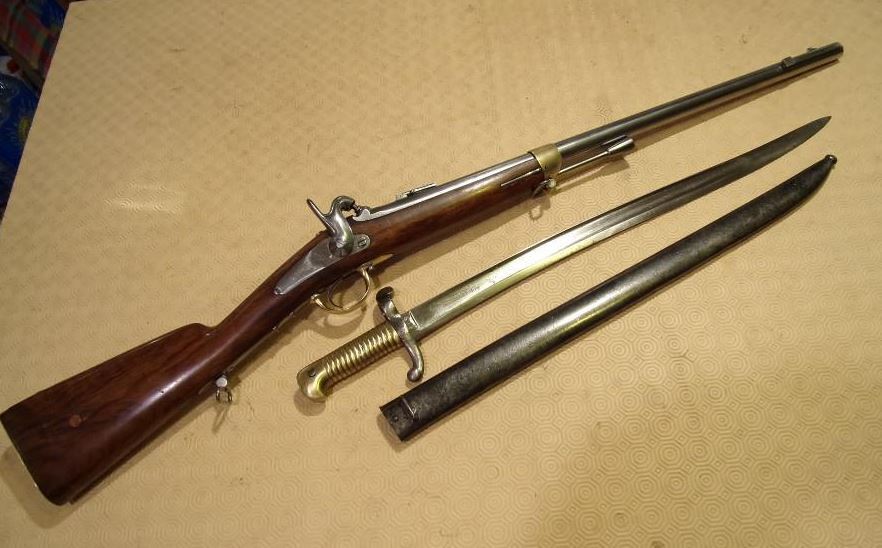 One of the firearms up for adoption by the French army under king Louis-Philippe, making use of the Thouvenin system of 1844. Before the Minié system became the norm across Europe there was still a problem with issuing military rifles to all troops, the long reloading time that came hand in hand with cramming a tight fitting bullet in a barrel to grip its rifling upon being fired out of it.

Lead being a relatively soft material, several solutions were put forward to use smaller bullets that would then be rammed into gripping the rifling only when fully inside the barrel, which would solve the problem. The Thouvenin system achieved this by ramming an ogival bullet with the depressed face of a specially fitted ramming rod onto a steel stem at the very bottom of the barrel.

Although the system worked -through some elbow grease on the soldier’s part- it was passed in favor of the Minié system by almost all parts of the French military due to reliability issues in expanding the bullet uniformly.

I was wondering what I should put here. Maybe a food map? 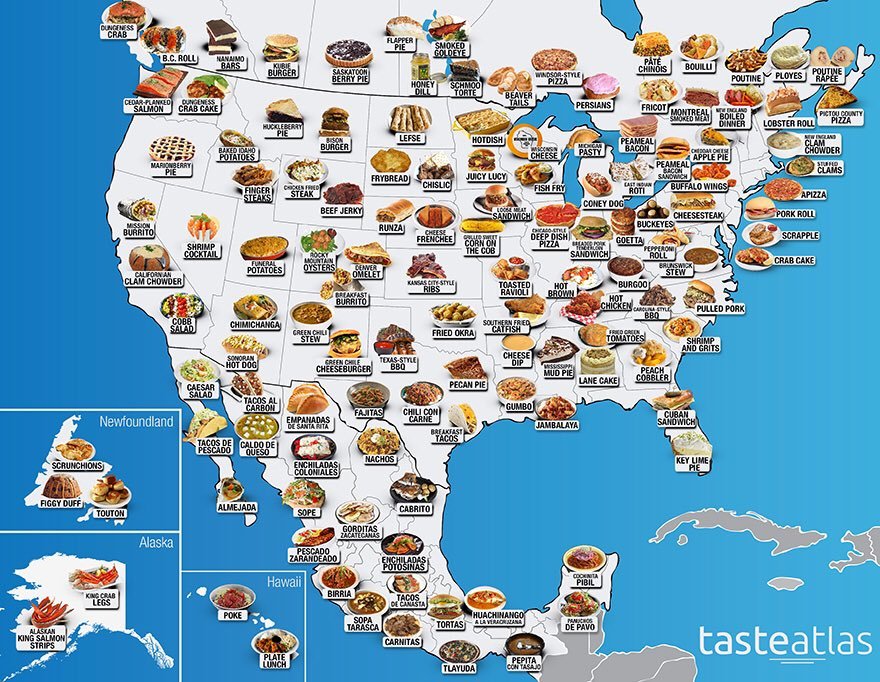 It’s interesting that the Utah dish is “funeral potatoes”? Nebraska has “runza”? I do know what Colorado’s Rocky Mountain Oysters are, but I do not partake. Click on the map to enlarge it, and scan it. Are there any foods that sound strange to you? Clearly, I haven’t been getting out enough. It’s weird that I know what scrapple is, and have eaten it for breakfast… 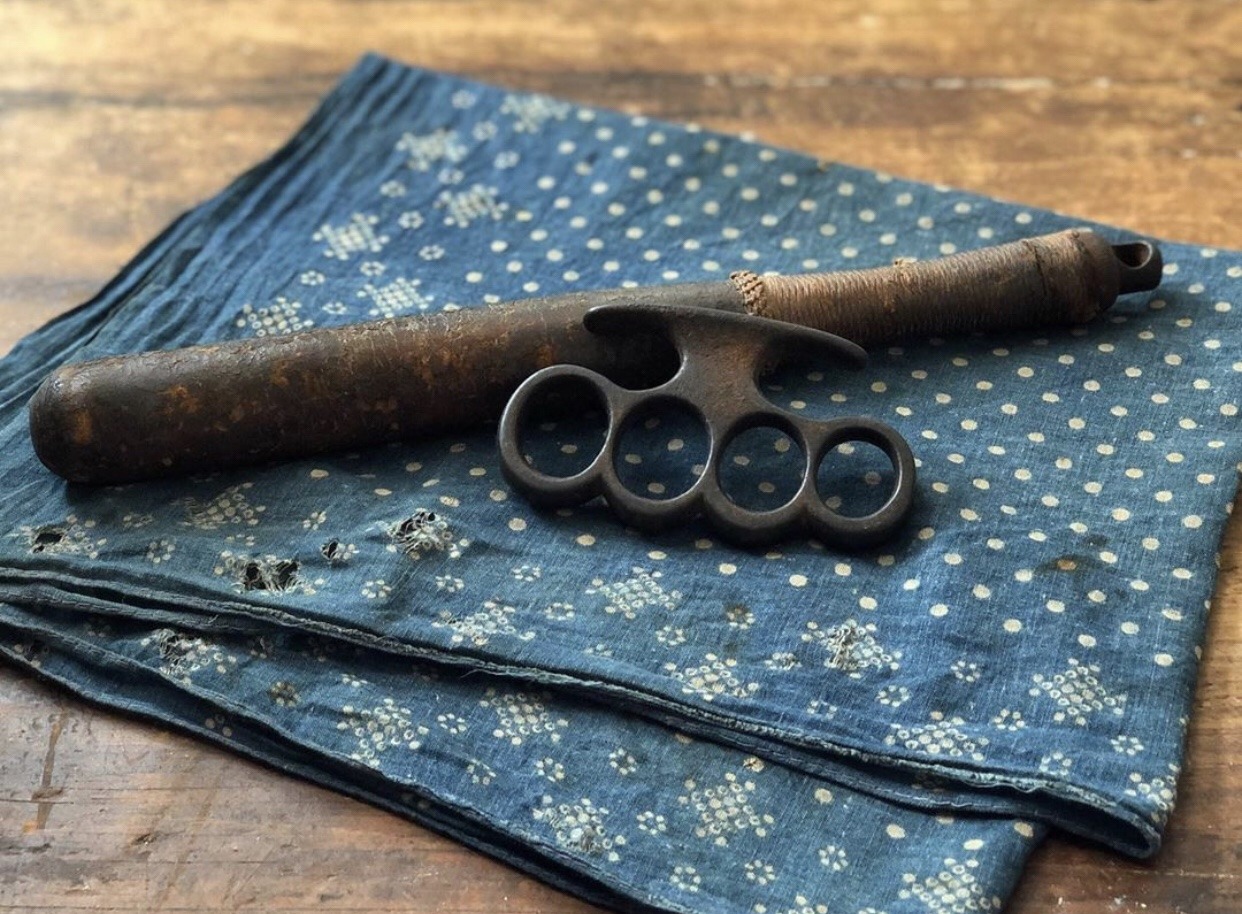