Facebook
Twitter
Pinterest
WhatsApp
Do I Care?
Not as much as my offspring think that I should. I don’t have Disney-on-demand and I doubt that I ever will. The whole television addiction thing and the additional pay-per-view channels doesn’t penetrate my wallet the way that it might be doing if I was younger.
Part of it has to do with me being cheap. Full disclosure here. Part of it has to do with whole progressive Disney thing, where the corporation supports late term abortion. Their corporate policies do impact what I buy and don’t buy. I do boycott movies that feature actors such as Liam Nielsen or Tom Hanks. (They dilute their viewing appeal with their political rhetoric)
As a result, when the children visit, they will have to make-do with the basic satellite feed for the few days that they’re in town.
The same is true of decisions to go into town and throw down cash to watch a movie on the big screen. 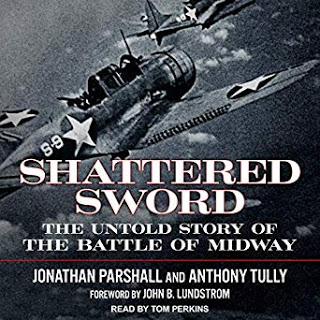 It has to be something that I actually want to watch, and not a time-waster.  I received a telephone call from my oldest grandson asking whether or not I’d see the new movie, “Midway”. I recommended that he read, Shattered Sword: The Untold Story of the Battle of Midway, by Jonathan Parshall and Anthony Tully. Or failing that, Miracle at Midway, by Gordon Prange. I told him that I’d go see the movie with him at Christmas time, but he should read the book(s) first. He’s eleven and does read, but he’s also a victim of the television and movie generation where getting the information though entertainment seems to be the preferred method of consuming facts. And that almost always falls short.
Too often, facts take second chair to drama, when it comes to making a movie. I understand. As often as not, Hollywood will sell a revisionist version of history to please itself.
One of my daughters teaches fifth grade at a charter school in SoCal. She discusses her syllabus with me before she does her lesson plan. Naturally, there is a bias in California school against teaching history, but she squeezes it in. We live in interesting times.
The Viking Age
(link) An interesting view of “Vikings for Dummies”, or Vikings in a nutshell, debunking myths about who the Vikings were and who they were not. 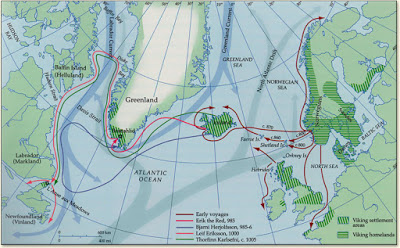