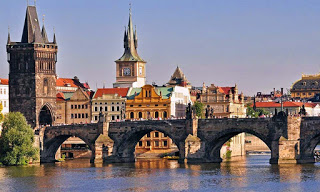 Facebook
Twitter
Pinterest
WhatsApp
In the Czech Republic
There are parts of Europe that are waking up to the reality that only slaves are unarmed. Free people should be free to own firearms. It’s not a new concept in Switzerland – not new at all. Switzerland ONLY remained free from the Nazis and others because every house in Switzerland has it’s rifle/machine gun that can be used by a trained person.
The element of training is an important one. As drivers need training to operate motor vehicles, so do firearms operators need to be trained. Starting with universal training in public and private schools is a great way to get things going. It’s a move that the USA needs to consider as well. Better trained than untrained.

The move challenges EU gun control rules which restrict civilians from owning certain weapons. Czech move to legalise firearm ownership: “We don’t want to disarm our citizens at a time when the security situation in Europe is getting worse,” “Show me a single terrorist attack in Europe perpetrated using a legally-owned weapon.”

The ‘progressive doctrine’ of disarmament does not make people safer, as government would have you believe. It only makes them weaker and more vulnerable to predators.

And since we’re talking Train

The South Korean government still hopes to build a high-speed rail line with North Korea that will link to the high-speed Chinese rail link across from Sinuiju.

The South Korean city Gwangmyeong will enter into a memorandum of understanding with the French national railway company, SNCF, for a railway project planned to connect North and South Korea to Europe, according to Yonhap News Agency. The proposed project would connect Gwangmyeong Station — a high-speed railway station just south of Seoul — with the North Korean border city Kaesong. Gwangmyeong has been strengthening ties with gateway cities in China, Russia and Mongolia that are on the Eurasian railway.
Railway projects linking North and South Korea were agreed at the 2000 summit between North Korean leader Kim Chong-il and South Korean President Kim Dae-jung, but never materialized. The highpoint of cooperation was under Kim Chong-il. China and Russia supported the various rail projects. Tracks were laid into the Demilitarized Zone, but leaders in the North invariably found reasons to not permit the rail systems to be linked.
An upgrade of the North Korean west coast line to handle high speed traffic would significantly reduce the time and expense of moving goods from Japan to Europe. Even the lure of high transit fees has not been enough to overcome North Korea’s security concerns about a direct rail link with South Korea.
The threat of ‘cultural pollution’ in which the North Korean people become aware that the rest of the world doesn’t live under the misery that they do is disconcerting to the dictator and his elites.

Then there’s the Train Wreck

A source told Page Six, “It’s a possible all-time low for ‘Today.’ It may even be lower than her [Fox] cable show.”

Kelly’s new NBC morning show has suffered from awkward moments from the jump. Her first week, she told a gay fan of the show Will & Grace that his “‘gay thing’ is gonna work out great!”

I give Megyn a pass for her comment. But her homosexual viewers seem to be vindictive and venal. 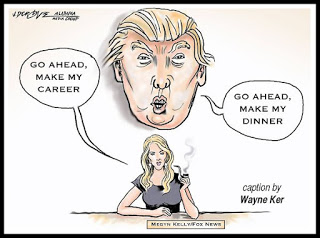 I think that she’s headed for the unemployment lines. It’s amazing that she lasted this long at NBC.