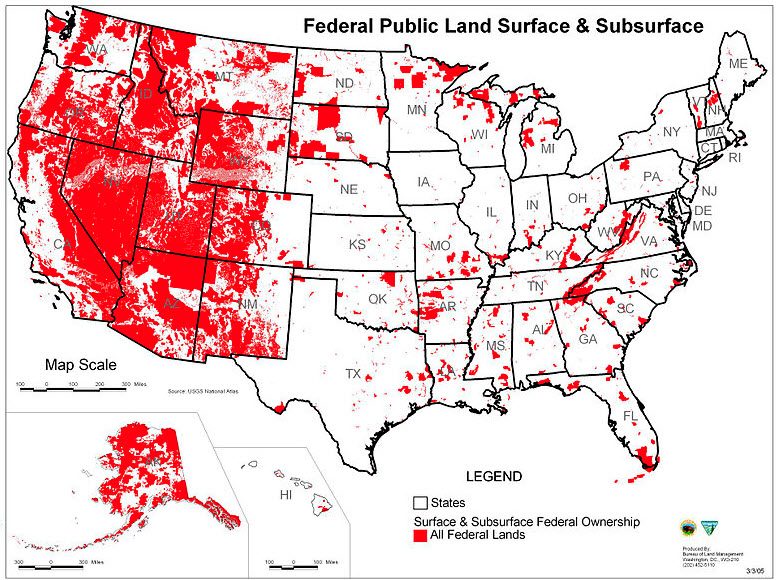 (Captioned Photo) The Federal Government owns a lot of land in the Western United States. Grazing rights, the sheep grazers vs cattlemen and who would do what where on public land evolved into range wars in the late 1800’s following the Civil War/War of Northern Aggression when cattle drives and the expansion of ranching to the Western plains was underway.

And as they always do, things evolve.

I’m not a rancher/grazer, so the benefit, to me, of having open range, BLM Land, or whatever you want to call it is that there are massive tracts of land to explore in the West. Similar land is  locked away by private ownership elsewhere in the nation. Access must be granted. The open land in the West belongs to the public.

I’ve clashed with ‘private tour operators’ in the past who are of the opinion that BLM land is their private domain. I just advise them to “call the sheriff on me.” 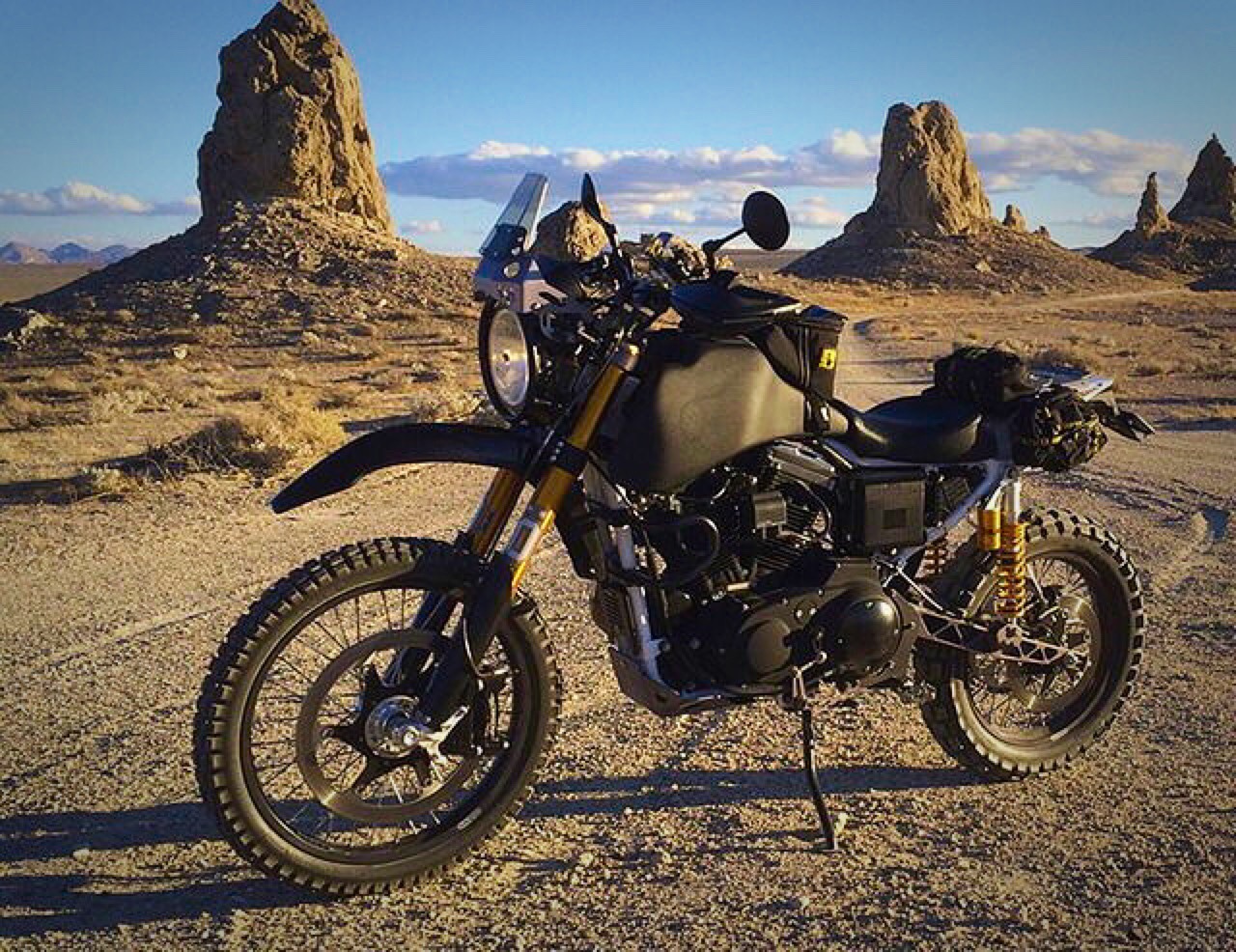 Steve McQueen said that, “The middle of nowhere is the best place on Earth.” A lot of city people thought that he was nuts to take off on a motorcycle with nothing but a handgun, a lunch, spare fuel and water.

Growing up as I did, McQueen made perfect sense to me, which is why I’ve ended up in Arizona. 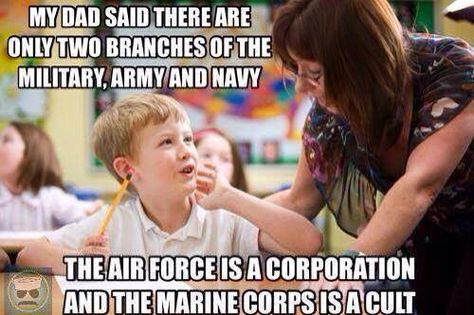 I wouldn’t put them together in a squad 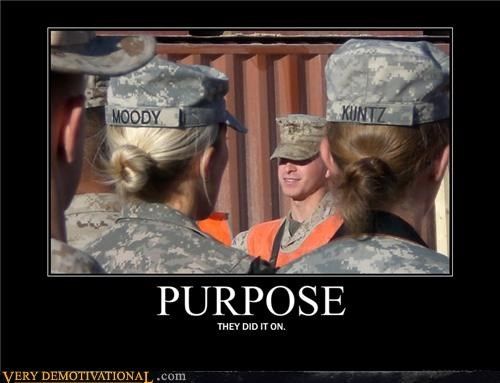 The Sahara, Arabic for ‘desert’, stretches across North Africa. Although the Sahara is famous for sand-swept dunes, the majority of the surface is comprised of hamada or rocky plateau. The Sahara’s fabled dune fields cover only about 15% of the entire desert’s surface and lie primarily in the north-central region. In the dune laden sections of Algeria and Libya, the sand thickness varies because dunes can pile up to a height of several hundred meters, but then change as the sand moves.

The desert expanse is dominated by rocky barren stretches with arid hills and valleys. 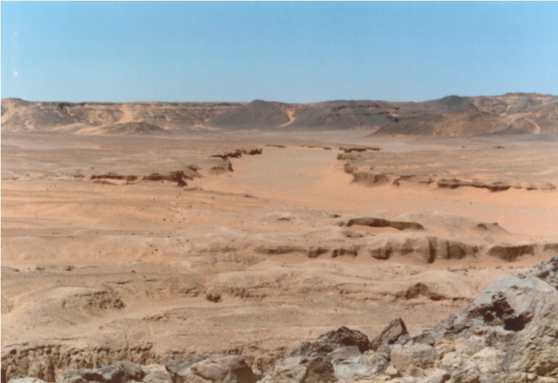 What many do not realize is the Sahara was once a fertile area that supported thriving human communities. A study of cores revealed that North Africa’s ancient climate underwent swift desertification and a climate shift transforming the region from a humid, subtropical landscape to desert within a matter of years. This occurred around 4200 B.C. It returned to the same desert conditions that dominated the area 13,000 years earlier.

When the climate began to change, the Sahara region became parched and the vegetation died away. With nothing to hold the soil, wind action was able to remove all of the fine sediment until only sand, rocks, and bedrock remained.

Probable Cause (and effect)

The change from the mid-Holocene climate to that of today was initiated by changes in the Earth’s orbit and the tilt of Earth’s axis. Some 9,000 years ago, Earth’s tilt was 24.14 degrees, as compared with the current 23.45 degrees, and perihelion, (the point in the Earth’s orbit that is closest to the Sun), occurred at the end of July, as compared with early January now. At that time, the Northern Hemisphere received more summer sunlight, which amplified the African and Indian summer monsoon.

The changes in Earth’s orbit occurred gradually, whereas the evolution of North Africa’s climate and vegetation were abrupt. German researcher Claussen and his colleagues believe that various feedback mechanisms within Earth’s climate system amplified and modified the effects touched off by the orbital changes. By modeling the impact of climate, oceans, and vegetation both separately and in various combinations, the researchers concluded that oceans played only a minor role in the Sahara’s desertification, and mankind played absolutely NO role.

Wadi El Hitan, (Whale Valley), in Egypt contains the fossilized remains of an extinct sub-order of whales. Evidently, the valley was part of a shallow marine basin 40–50 million years ago. The desertification helped both preserve and reveal a tremendous hoard of fossils.

Some people think that they fear the water…take no comfort from that thought when in tiger country because YOU are not the apex predator on their turf. 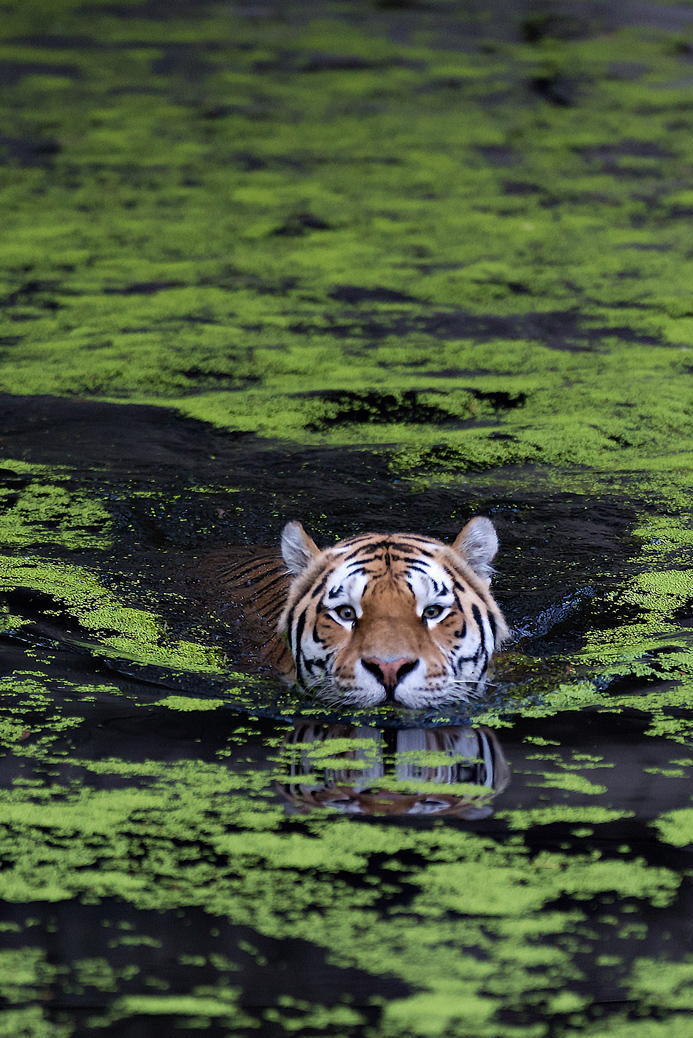