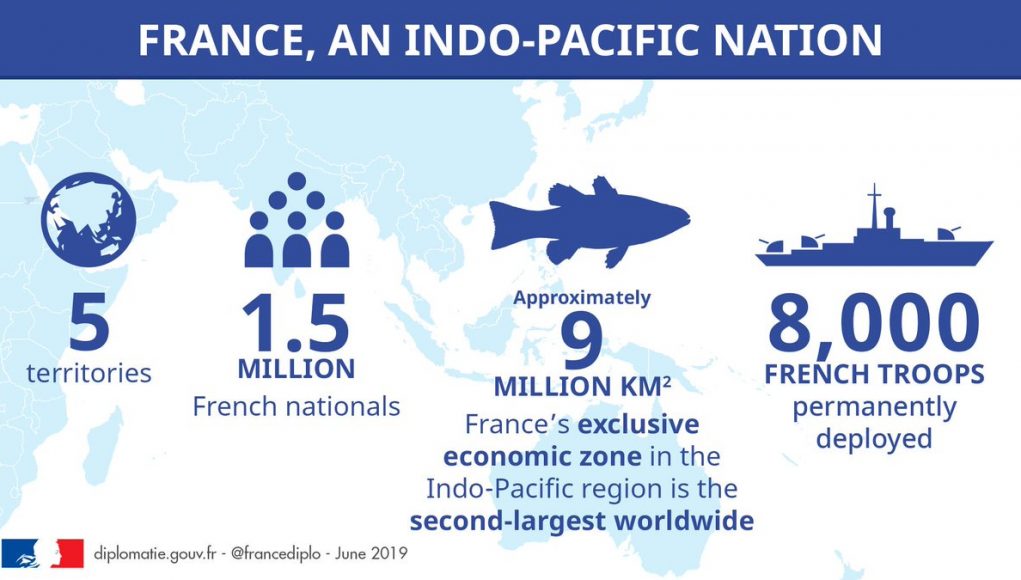 Thanks for Claudio B, who follows these matters closely and  brought updated information to my attention.

France in the Pacific

France’s overseas territories (Mayotte and La Réunion islands, Scattered Islands and French Southern and Antarctic Territories, New Caledonia, Wallis and Futuna, French Polynesia and Clipperton) and 93% of its exclusive economic zone (EEZ) is located in the Indian and Pacific Oceans. The region is home to 1.5 million French people, as well as 8,000 armed forces personnel stationed in the region. The French Navy has ships based in the region and assets from mainland France do deploy to the region, including submarines as is currently the case with the submarine in Guam that we will discuss here.  …read the whole article

French territory lays in the path of Chinese expansion (as does that of Japan) and there is significant concern about the potential Coming War with China.

These concerns are amplified now with the apparent election of the Corrupt Joe and Ho. The world knows that Joe Biden has taken significant bribes from the Communist Chinese in pay-to-play schemes and now he’s poised to be sworn in as President of the United States. Does that mean that the US will stand aside while China swallows the Pacific whole? Time will tell whether or not Joe stays bought.

On November 30, the French Navy Rubis-class nuclear powered submarine (SSN) Emeraude arrived at Naval Base Guam. I a strategic t’s a U.S. naval base located on Apra Harbor, Guam. In 2009, it was combined with Andersen Air Force Base, to form Joint Region Marianas. The French nuclear attack submarine was joined by the Loire-Class support & assistance vessel (BSAM type) Seine.

The port call underscore’s French intentions to assert control over its territory and to work with its Pacific allies (which do not include the Communist Chinese).