Thoughts on Turkey and China

Of course, I’m addressing the country, not the delicious bird that Americans consume in vast numbers (800 million tons+) annually. 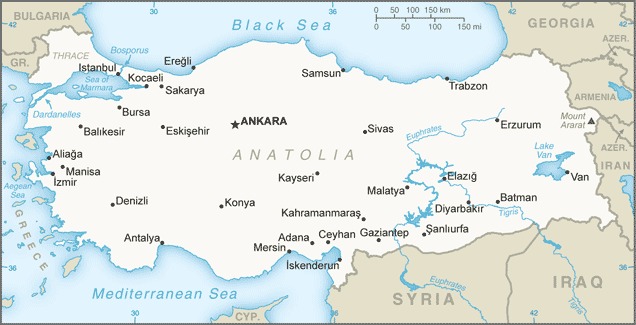 The U.S.-Turkey friendship dates to 1831, when the United States established diplomatic relations with the Ottoman Empire.

After World War I and the founding of the Turkish Republic, the United States established diplomatic relations with the Republic of Turkey in 1927 (under Mustafa Kemal Atatürk 1881-1938). The Economic and Technical Cooperation agreement – signed July 12, 1947 between the United States and Turkey – advanced the relationship further. The agreement implemented the Truman Doctrine and its policy “to support free peoples who are resisting attempted subjugation by armed minorities or by outside pressures.”

On 15 July 2016, a military coup d’état was attempted in Turkey against state institutions, including the government and President Recep Tayyip Erdoğan. Then President Barack Hussein Obama condemned the July 15, 2016, coup attempt.

The US has had it’s own coup d’état problem, first in late 2016, led by the Federal Bureau of Investigation and it’s “insurance policy” to see that President Trump wasn’t seated as president, in 2019-20 with a bogus impeachment, charging President Trump with what former Vice President Biden had been doing and in the 2020 elections with rigged voting machines.

Turkey is a NATO Ally (of convnience) and a regional partner. Is it in our continued interest to keep Turkey anchored to the Euro-Atlantic community? 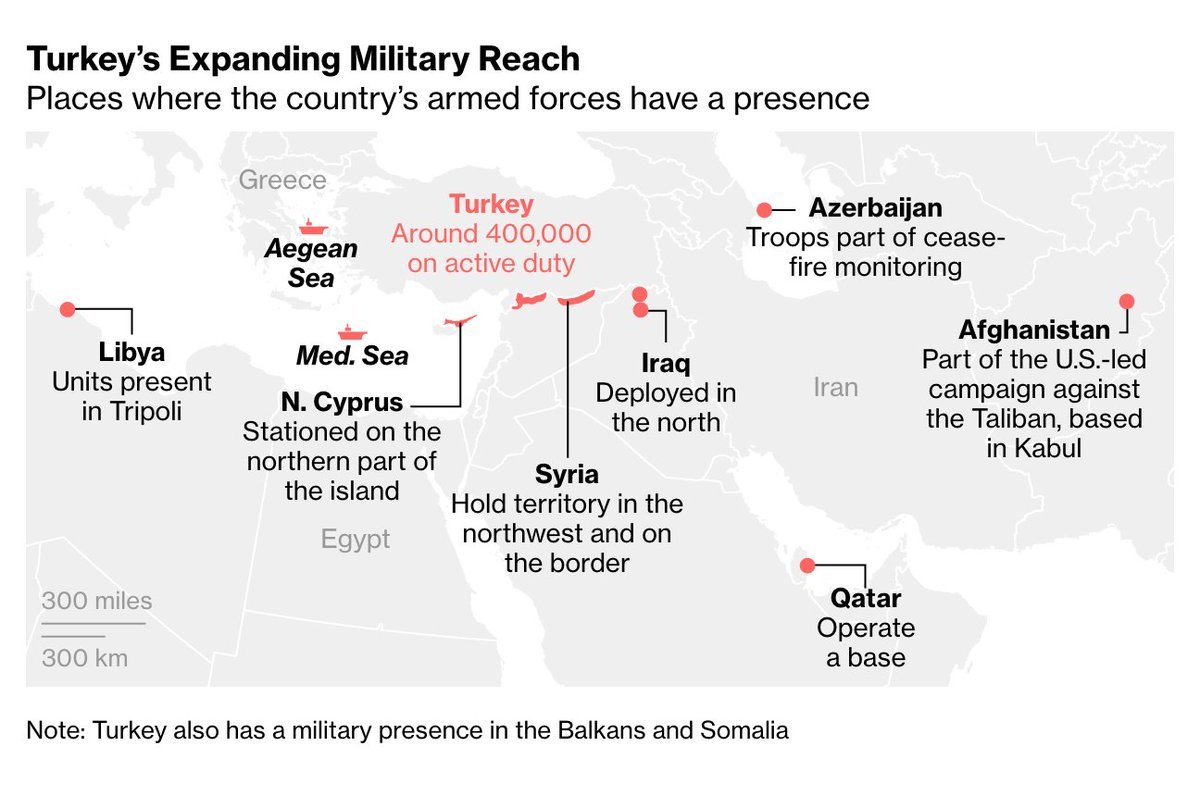 The new Turkish Islamic revolution under Recep Tayyip Erdoğan, the new Turkish sultan, a professional politician – as sultans usually are – has been a disaster. Looking at the map above at the Turkish military footprint, you might be persuaded that Turkish influence has spread. There is a thug element to the spread but it is a transparent thugocracy, and Turkey’s neighbors don’t like it. Turkish state sanctioned “pirates” raid European territorial waters and seize fishing vessels – which end up in Turkish-controlled Libya. Turkish chicanery in business deals have prompted EU nations to ‘cut them off’.

Erdoğan had a vision of Turkey (under his patronage) as an expanding power and to do that, he had to imprison his opposition. The best way of doing that was to use Islam and newly minted Islamic courts that would “make it legal”. Then he had to whitewash the pig and try and sell it to the rest of the world as the newer, and purer Turkey.

It hasn’t worked and the Turkish economy is shrinking. Turkish neighbors don’t trust them. And despite a large standing army, genuine Turkish influence is shrinking. Unless you listen to CNN-Turk, the official broadcast station of the new sultanate. They will sing the praises of the new imam,  Erdoğan. There may be a familiar ring to this.

When someone from the Uyghur ethnic minority live streams on a Chinese platform, he can be identified, and his video will be flagged. That’s thanks to a technique from Chinese online platform Alibaba.

The World Health Organization is set to go to Wuhan to investigate the origins of the CCP virus. Will they be successful?

What is the real strength of the People’s Liberation Army? Some media reports give insight into poor management and performance levels.

The US charged a China-based executive of video conferencing giant Zoom, for disrupting a meeting on it’s platform for human rights in China.

The European Union and China aim to reach an agreement. The Chinese Communist Party is making some promises on trade and investment.