Thoughts on barack and the Black Panthers 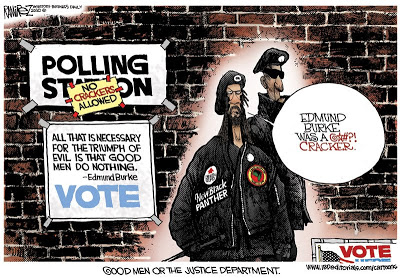 One might think that barack hussein obama would understand that this sort of extremism needs to be curbed. Can you imagine how he would have reacted if the KKK did the same thing? The United States Department of Justice has received explicit instructions not to prosecute black people for felonious conduct. That in and of itself is shocking.