Project Veritas Action press secretary RC Maxwell, a black man, later confronted Hobbs outside of a restaurant, scaring the hell out of her. She immediately packed her bag and stood up in such a hurry to run away that she spilled her drink all over the place like an unstable maniac. Hobbs then tried to hide in the bathroom and later ran away from the Project Veritas Action reporter, struggling to get into her car.

Will Tulsi Gabbard and others form a Third Party? 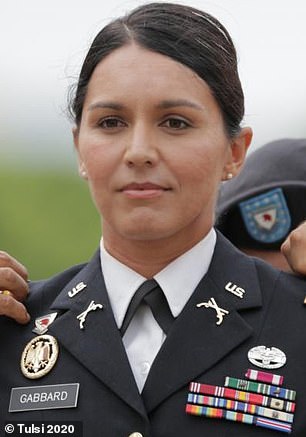 Third parties have had dismal showings in American politics, but Gabbard isn’t and has never been considered to be a conservative. Her departure from the Democrat ranks where she wasn’t loved anyway, may herald the formation of a populist party. I don’t see her becoming a Republican.

Could independents believe that she’s become a Constitutionalist?

What about big-money donors? Would they line up behind her and how would they (whoever they are) cause her to change her positions in exchange for financial support?

Could she get elected in Hawaii today?

* The Wall Street Journal has released a report about insider trading. This new investigation focuses on corruption in the government’s executive branch’s bureaucracy. Across 50 federal agencies ranging from the Commerce Department to the Treasury Department, more than 2,600 officials reported stock investments in companies while those companies were lobbying their agencies for favorable treatment. However, with the standard being the Biden Crime Family, it makes perfect sense. Crime is permissible within the Democrat Party because the swamp cares for its own.

* Will Germany Sink the EU? (ZeroHedge) It’s a good article, worth your time to read it.

* “I can no longer remain in today’s Democratic Party that is now under the complete control of an elitist cabal of warmongers driven by cowardly wokeness, who divide us by racializing every issue & stoke anti-white racism, actively work to undermine our God-given freedoms.” – Tulsi Gabbard

* WAPO is worried about Catholic Hospitals

* The cashless society is coming. In many places, it’s already here.

National File report: Carsten’s plans to seize control of the wallets of the world resemble those touted by American figures like Joe Biden (FJB), who earlier this year signed an executive order seizing control of cryptocurrencies and laying the groundwork to turn America into a cashless society. * The FBI Offers a Bribe (ZeroHedge) The FBI offered former British intelligence agent Christopher Steele $1 million as an “incentive” if he could prove the allegations made in his infamous dossier against former President Donald Trump, a senior FBI analyst revealed on Oct. 11.

FBI supervisory counterintelligence analyst Brian Auten made the claim while providing testimony at the criminal trial of Igor Danchenko, a key source who supplied information for the anti-Trump dossier, which was commissioned by Democrats during the 2016 presidential campaign.

The FBI paying taxpayer money to suborn testimony against an innocent man is nothing new. If they’ll do it to get President Trump, what compunctions do you think they will have to get YOU? Q. Why did Epstein have videos and pictures of powerful people in compromising positions?

A. So he could control the powerful.

Q. Who now holds that information?

Q why hasn’t the FBI released any of this evidence or used it to prosecute the guilty?

A. Because now the FBI has the power that Epstein had. 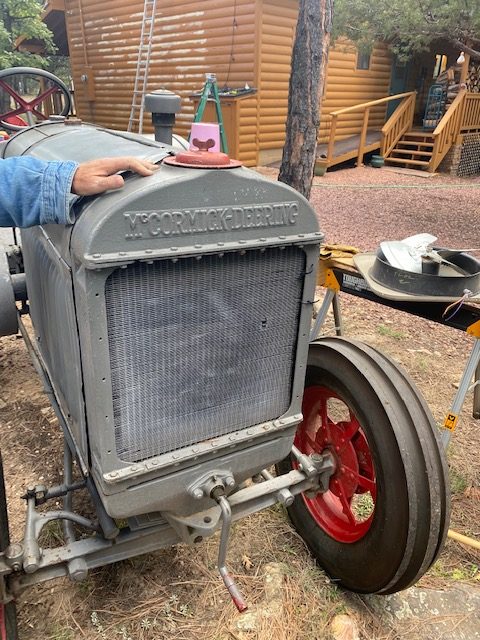 One of the people who lives about five miles from me has an operational McCormick Deering (became John Deer) tractor with a magneto-crank starter. It’s in complete running condition but it does take a few cranks to get it started. 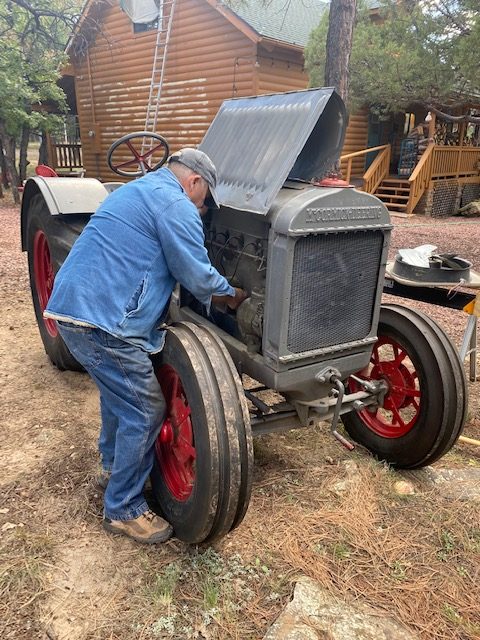 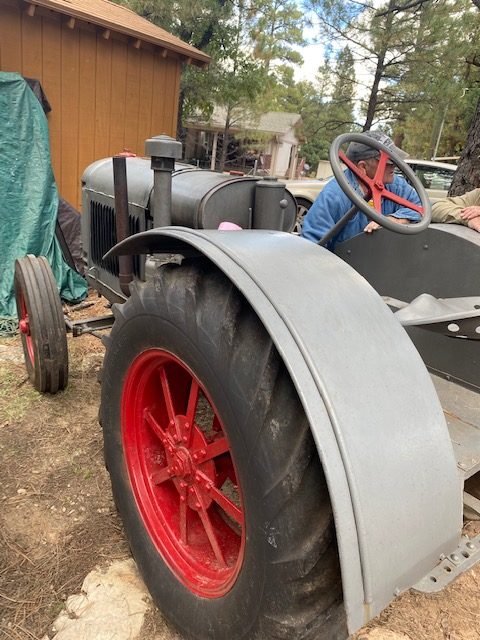 While I visited today, his daughter brought by a cord of alligator juniper firewood, and I helped unload and stack it. You have to make yourself useful on a farm.

Old men are easily amused when you have an old tractor to ride around on – speaking for myself. 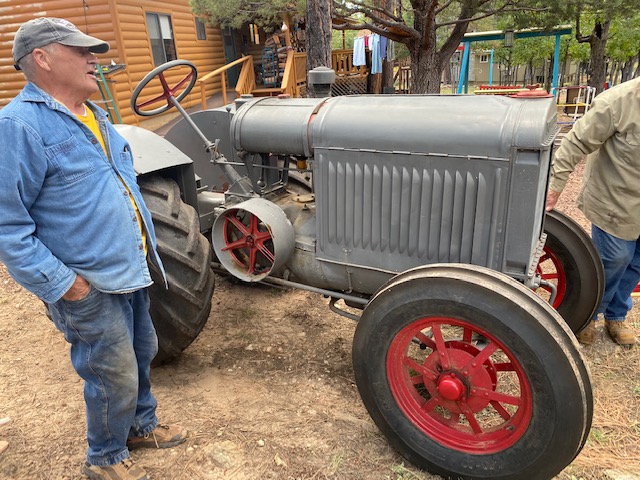 StanC (pictured left) is a USMC Vietnam War veteran, LW (partially pictured) flew for the USAF in Vietnam and beyond, eventually flying for twenty years or so for United Airlines. The area is brimming with veterans who are not the least bit woke, which is why I moved here and built a hovel for myself.