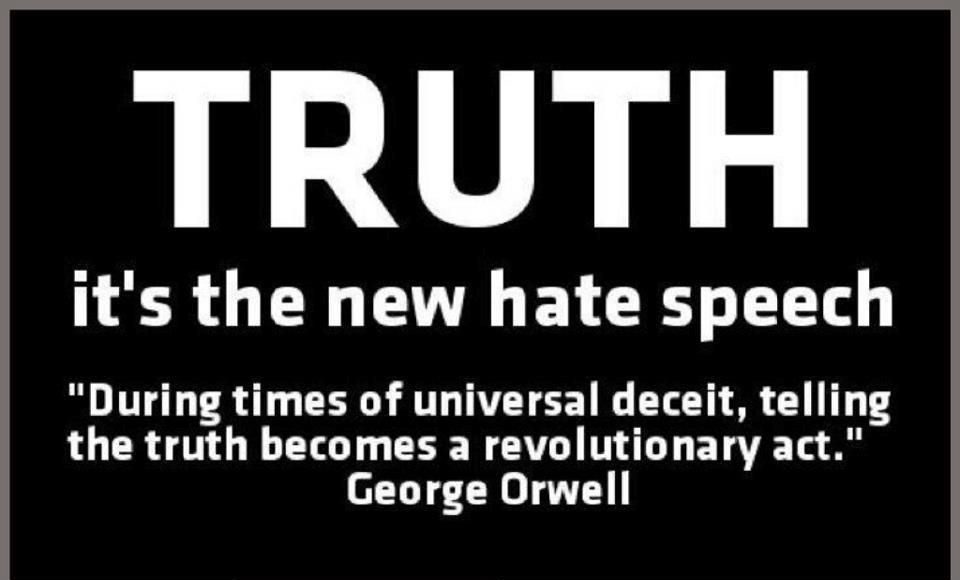 Orwell used Nineteen Eighty-Four to explore the dangers of authoritarianism and totalitarian forms of government. Orwell was deeply suspicious of the tendency of governments to become self-perpetuating oligarchies, and he saw how easily people’s worst tendencies could be subverted to the will of an authoritarian regime.

Orwell, 1984: “The thought police would get him just the same. He had committed–would have committed, even if he had never set pen to paper–the essential crime that contained all others in itself. Thoughtcrime, they called it. Thoughtcrime was not a thing that could be concealed forever.”

Thoughtcrime is the essential concept of the novel. The idea that simply thinking something contrary to what the Party has decreed to be true is a crime—and then convincing people that its revelation was inevitable—is a chilling, terrifying idea that requires people to self-edit their thoughts. This, combined with Newspeak, makes any sort of individual thought impossible.

just in, all national guard officer promotions are on hold until they can be individually vetted by the fbi for attendance on jan.6, 2021. attendance, not riot, not crimes, just went. i knew due process was on shaky ground, but weaponizing dot mil against political thought….

I will post a primer on thought crime on the blog later today. It’s too important just to leave it as a reply-to-comment. And it’s serious.

The FBI is interviewing people presumably to determine their involvement with the demonstration in Washington DC.

How is the interview recorded?  It’s recited from the agent’s interview – from memory or notes and is memorialized on a form 302, report of interview. In that report, the FBI Special Agent writes what they thought they heard you say.

In the now famous case against General Flynn, to make the case better, they re-remembered facts and put them into an ‘amended 302’. Thus he was found to have lied to the FBI, a crime. Is there a record of those lies? No, only in the mind of the agents, including the now disgraced Special Agent Supervisor Peter Strzok. In the case of the National Guard, if somebody is denounced, the FBI can amend a 302, change what they thought that the interviewee said, clap them in irons and parade them before a magistrate.

Why doesn’t the FBI record interviews?  Given what I wrote above, why do you think?

In a world where most law enforcement agencies scrupulously record interviews so there can be no question as to what was said, the FBI never has. Likely never will.

Your recourse is to take your sentence like a man/woman/other.

My experience working with (not for) the FBI is extensive and spanned about twenty-one years, in various capacities, in various places, and doing various things.

For at least the past fifteen years, SWAT and other training conducted by the FBI for local law enforcement has always directed the scenarios against “white extremest groups” – everything else was politically incorrect. Like it, not like it, it just was.