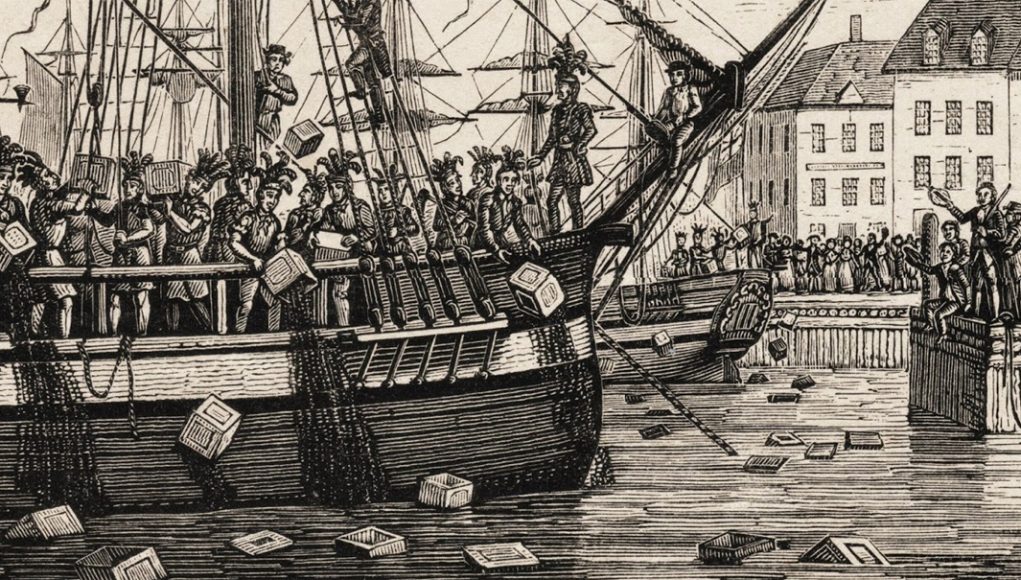 On December 16, 1773, a group of American colonists, dressed as Indians, boarded three ships in Boston Harbor and threw 46 tons of tea overboard.

They were protesting the Tea Act of 1773, enacted by Britain earlier that year. The Tea Act did not raise taxes on the colonists. Americans had been paying taxes on tea since 1767, when the infamous Townshend Acts were enacted. At the time, there had been so much furor over the Townshend Acts that most of its taxes—taxes on glass, lead, oil, paint, and paper—were repealed. Yet even after all those repeals, the tea tax remained. Britain wanted to prove that it had a right to tax the colonists. The colonists, of course, disagreed. They felt they should not be taxed when they had no representation in Parliament.

The Tea Act was installed to help bail out the British East India Company, which had 17 million pounds of surplus tea. The Tea Act effectively gave a monopoly to the British East India Company, and it severely undercut American merchants. Ultimately, all of these actions resurrected the old discontent: The colonists did not think that the taxes on tea were legitimate in the first place. And they did not intend to pay taxes on a forced monopoly.

The first load of tea arrived in Boston in late November. According to British law, taxes on tea were due within 20 days of a ship arriving in harbor. Two more ships arrived on December 2 and December 15. Boston residents wanted to reject the tea and send the ship back, but the governor (a Loyalist) would not allow the ships to leave the port. The taxes for the first ship had to be paid by December 17.

The colonists were upset, to say the least, and multiple town hall-type meetings were held. One was attended by as many as 7,000 individuals! A secret plan was set into motion among a smaller subset of these colonists, the Sons of Liberty.

The Tea Goes into the Harbor

On the night of December 16, more than 100 members of the Sons of Liberty boarded the three ships and emptied their cargoes of tea into the harbor. The protest was more orderly than you might think. No looting was allowed. The protestors worked hard not to harm anything aboard the ships (except the tea). In fact, the protestors swept the ships and put everything back into place. And they returned, later, to replace the only non-tea item that had been harmed: a padlock on one of the ships.

When they were done, the protestors returned home, without attempting to discover each other’s identities. One protestor, George Hewes, later recalled the events: “We then quietly retired to our several places of residence, without having any conversation with each other, or taking any measures to discover who were our associates….There appeared to be an understanding that each individual should volunteer his services, keep his own secret, and risk the consequence for himself. No disorder took place during that transaction, and it was observed at that time that the stillest night ensued that Boston had enjoyed for many months.”

Not a Mob Mentality

The Boston Tea Party was an exceptionally well executed act of civil disobedience. It was planned and organized so that the political act of destroying the tea did not appear as a riot or as looting. Some of the Sons of Liberty who were found to have tea in their pockets were punished. It was not theft.

The British government was irate when it learned about the Boston Tea Party, and it responded by the British Parliament passing a series of measures “Coercive Acts,”  that would be known to the Americans as the Intolerable Acts.

“The die is now cast. The Colonies must now submit or triumph.” – King George III

The Administration of Justice Act – allowed for extradition to England for trial.

Quartering Act – authorized that British soldiers be quartered by and fed by private citizens.

Quebec Act – expanded Quebec into the northern Ohio valley and mandated Roman Catholicism as the religion of the region.

One question you should ask yourself is, “what constitutes intolerable?”

Given the massive voting fraud that we have all witnessed in 2020 are we actually represented in Congress? It’s a question worth asking. In some districts, yes, in others, maybe, in the executive office of the president (Joe and Ho), what do you think? The down-ballot seems to have been more fairly counted than the presidential contest when likely millions of ballots were cast or fabricated by voting machines only indicating a presidential selection without regard for the down ballot.

In 1773, the revolution was still two years distant. The Declaration of Independence was two and a half years away. 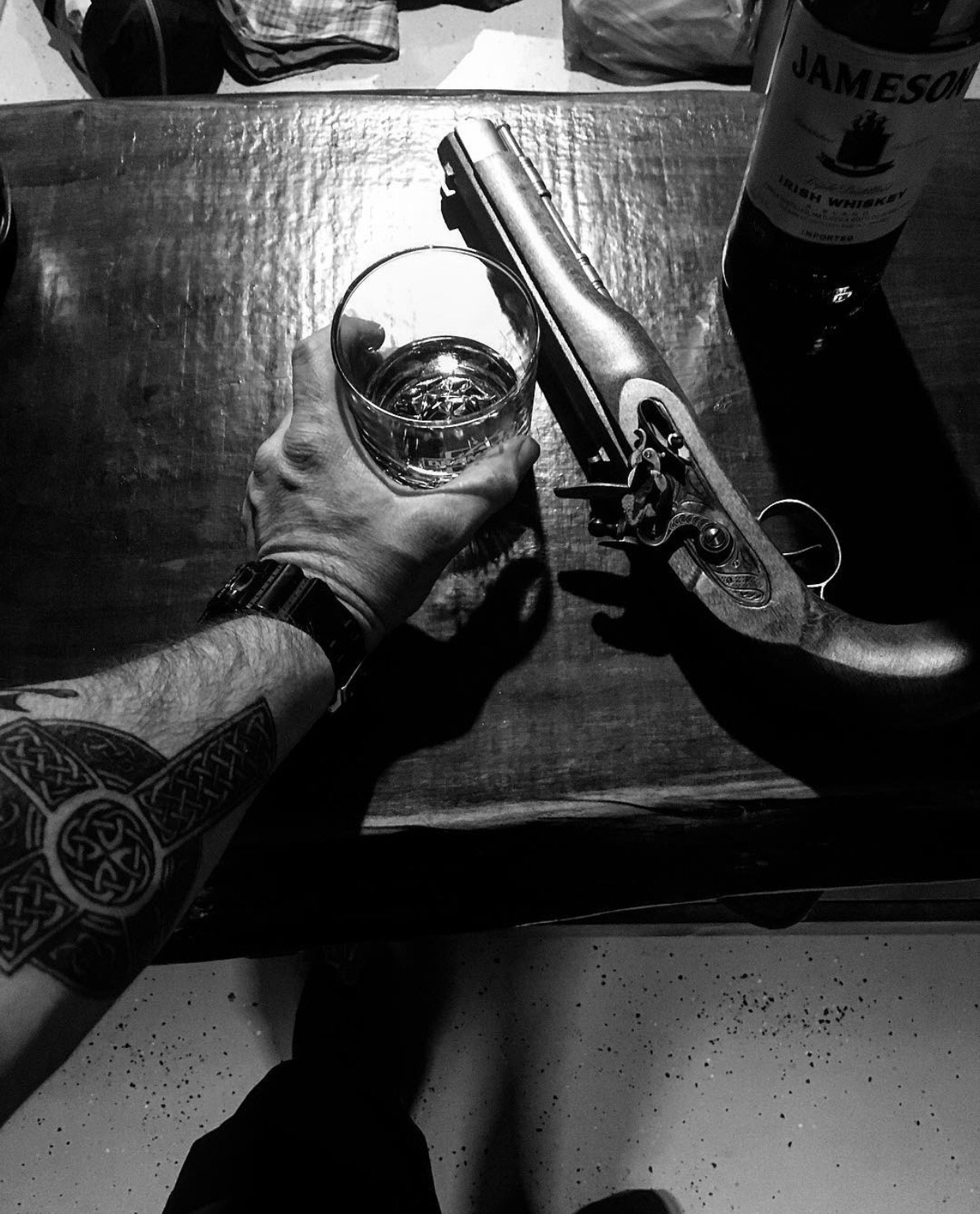 And on Lexington Green, a year and a few months later, the men who stood on “the King’s Green” were British citizens, living in British North America. Their sovereign had sent his troops to disarm both them and the patriots at Concord.