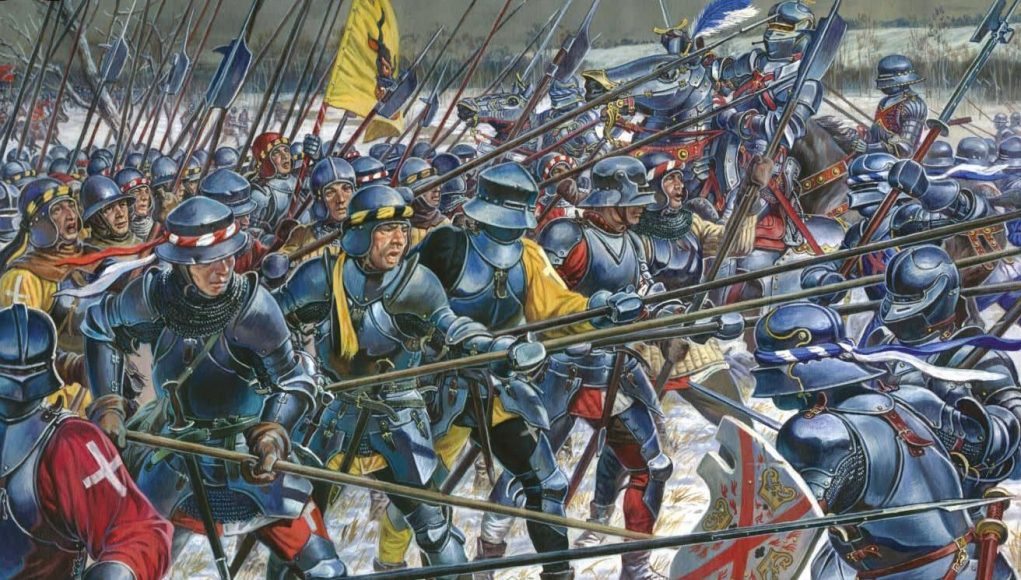 Charles the Bold and his army were cut down by the Swiss at Nancy.

In the disastrous conclusion of the Burgundian Wars, Duke Charles the Bold of Burgundy is overwhelmed once again by the aggressive pike-and-halberd tactics of his Swiss opponents. Despite having perhaps the best balanced army in Europe, with a true combined-arms approach to tactics, the Duke’s soldiers lack the ferocious zeal of the Swiss. As at Granson and Morat (1476) the polyglot mix of mercenaries and semi-professional Burgundian compagnies d’ordonnance were unable to hold together in battle; and were swept off the field.

Duke Charles attempted to rally his fleeing forces when he and his entourage were surrounded by a group of pursuing Swiss. The Duke was struck dead with a halberd blow that cleaved his skull. His battered body went undiscovered for three days. 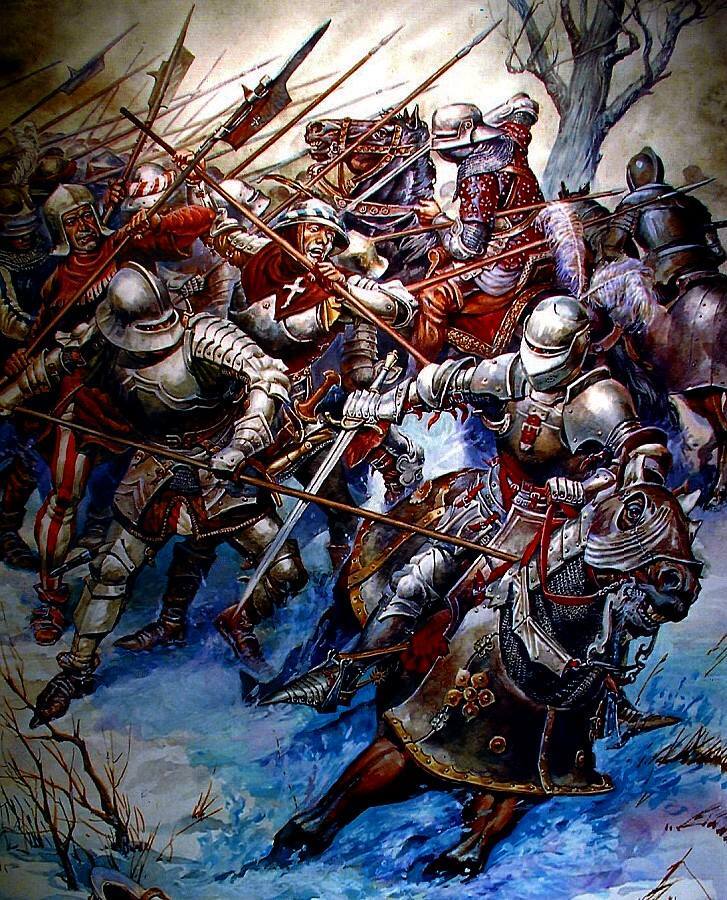 Charles’ army was very advanced for its day, and in theory a well-balanced, combined arms force: he had Flemish pikemen, English longbowmen, handgunners (early firearms), and superbly armored and mounted Franco-Burgundian men-at-arms. His field artillery was at the beginning of the conflict with the Swiss the best in Western Europe.

But he was never able to coordinate all of these troops in battle. First, because in each his lack of scouting led to his army being repeatedly surprised by the Swiss onslaught. That, and the rapidity of the Swiss assault, which gave no time for deployment of his forces. Secondly, as his troops were unable to fully deploy from camp to field before the Swiss were upon them, Charles was forced to use his cavalry unsupported, against an army designed to defeat armored knights.

Nancy put an end to the brief period in which the Duchy of Burgundy strode the European stage as an independent and powerful state. After Charles’ death, his 20 year old daughter, Mary, inherited the vast Burgundian holdings. Her marriage to Archduke Maximilian I of Austria and the future Holy Roman Emperor united the Low Countries and Franche-Comté with Austria and the Empire; and set the stage for many future conflicts between France and Austria in the next two centuries.