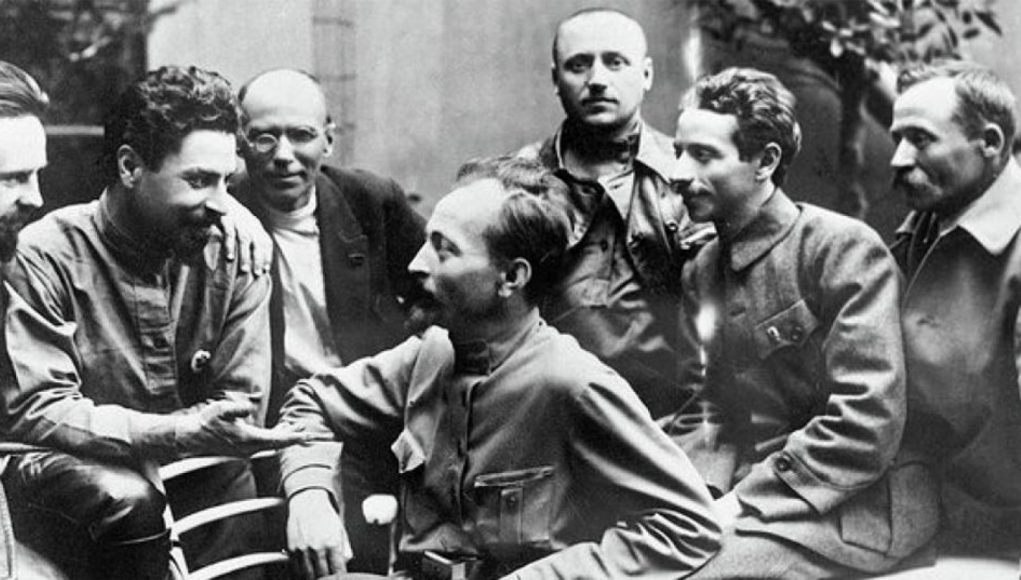 The Secret Police in Russia

103 years ago today in 1917, barely a month after the collapse of Kerensky’s brittle regime in the October Insurgency, Russia’s latest leaders established a new organization to consolidate their grip on the few territories within their grasp.

The institution which they founded came to be known to history as the Cheka. At the head of this new body, Lenin appointed the veteran revolutionary fanatic, Felix Dzerzhinsky (pictured). Thus, began the long reign of the secret police in Russia.

The Bolsheviks were not the first to employ the use of secret police in Russia’s long history. The Cheka’s most notable predecessors had been Ivan the Terrible’s Oprichniki and the comparatively toothless Okhrana employed by the last Tsars of the Romanov dynasty. Prior to their fall from grace in 1917, the Romanovs had been steadily increasing the level of surveillance they had over their subject population through their so-called ‘Black Office’. The Bolsheviks inherited this long tradition when they took power, however they were to take it to a hitherto unknown level. While the Tzars had only been concerned with the obedience of their subjects, the Bolsheviks were obsessed with their every thought and movement. Their interest was not so much in ruling Russia as it was in transforming it by means of propaganda and terror. Only when the old world was finally crushed and destroyed and annihilated from the minds of the people would the revolution be truly safeguarded and the survival of socialism ensured.

Despite what one might presume about the early Cheka, the men who Lenin entrusted with this great task were, for the most part, neither Russians nor even proletarians. The early Cheka was instead made up mostly of Poles, Finns, Latvians, Georgians, Jews, and Armenians. They were men from the borderlands, men who from their youth had hated the yoke of Russian occupation and who saw an opportunity in socialism to make their way in the world. Lenin himself believed that the Russians would be too soft and empathetic towards their fellow countrymen. He wanted his praetorian guard to be a melting pot of ethnic minorities, his own colorful version of the Swiss Guard of the Vatican. Many of the early Chekists were also veteran party members that had been active for almost twenty years. While other party members like Lenin had fled the country during the last years of Tzarism, these men had held their ground and suffered for it in prison cells and Siberian exile and when not behind bars they had been in the paranoid world of the Underground.

Their leader, ‘Iron Felix’ Dzerzhinsky, epitomized the fanatical, dutiful, and vengeful character of the early Cheka. Descended of the Polish gentry, he had spent over half of his adult life in prison and during all those long years he had brewed a maddening hatred within himself for what he perceived as a depraved and monstrous society rife with spiritual prostitution and worship “of the Golden Cow.”

From as early as 1898 he had passionately wrote from behind his prison walls that “the day will come when I shall be free… and then they will pay for everything”. In 1917, he and many other political prisoners had at last been released. Yet just as the soldiers returning from the front brought the war back home with them, so these revolutionaries now brought the prison with them. Dzerzhinsky and his comrades remembered all too well what they had suffered at the hands of the Okhrana and were willing and eager to now take up the role of the jailors. For within every revolutionary there was a policeman waiting to be born.

From the start, the Cheka had viewed themselves as a class apart from all others. In the new fledgling totalitarian order, they were the sole ruling class. Marx had prophesised that the proletariat were to be the vanguard of the next epoch of history. Lenin then had added that the party was the vanguard of the party. And now finally, the secret police were to be the vanguard of the vanguard. They were to be the incarnation of the party’s will with the power of life and death in their hands over lesser mortals. To Lenin and Dzerzhinsky, they were Nietzche’s übermensch or Slowacki’s “Spirit Kings” – the supermen of a new age. Clad in long coats of black leather, they walked the streets as the new lords of the earth. Anything they laid eyes on could be theirs, be it jewels, works of art, houses, apartments or even women. As the whole of Russia was brought under Bolshevik control, they took control of frontier provinces which they ruled almost as their own personal fiefdoms.

In exchange for these privileges, the Cheka ensured the safety of the revolution by means of arrests, torture, forced labor, and mass executions. In the early days, when the Bolsheviks barely controlled Petrograd and Moscow, the terror which the Cheka could inflict was limited. A state of mob rule and terror had existed in the countryside since before the Bolshevik takeover. Lenin used this chaos as a means to expand his rule and had the Cheka fan the flames amongst the peasantry, encouraging them to “loot the looters” and name and shame anyone suspected of aiding “The Enemy.” When the Cheka got their own hands dirty they would binge on alcohol and narcotics before taking up their pistols and gunning down their prey, be they deserters, infiltrators, class enemies, moderate socialists or on occasion even their own comrades if they were drunk enough. When not putting people into an early grave, the Cheka were presiding over the early concentration camps where the privileged classes were being broken down through slave labour. The ruthlessness of the Cheka was impressed upon the ordinary Russian during one notable incident when a famed local clown by the name of ‘Bobo’ dared to make a joke about the new regime. The instant the joke was finished, two Chekists chased the clown around the circus arena until they tackled him down The audience believed this to be part of the comedy sketch and roared with laughter until the Chekists executed the clown right there and then in front of them.

Even when the Civil War was won and the whole country secured, the campaigns against ‘the Enemy’ did not cease for new enemies could always be invented to hunt down and rooted out. Though the name of the secret police may have changed to GPU or NKVD or KGB, the essence of the Cheka remained, and so too did the fear they instilled. Alexander Solzhenitsyn accurately described the feeling inspired by these vicious “supermen” of the new order when he wrote that “no one dares speak about you at meetings, and no one will ever dare write about you in the newspaper – not only something bad but anything good! They don’t dare. Your name, like that of a jealously guarded deity, cannot even be mentioned. You are there: everyone feels your presence: but it’s as though you didn’t exist.” Though their powers were diminished greatly upon the death of Stalin in 1953, they retained their position as the untouchable caste of the Communist world. From 1917 to 1953 most Chekists, with some notable exceptions such as Dzerzhinsky himself, met their end in party purges at the hands of their successors. Other than that, there was no justice for their victims. Those Chekists who outlived the brutal era which created them, simply walked free and were never faced with any equivalent of the Nuremberg Trials which transpired with their Nazi counterparts.