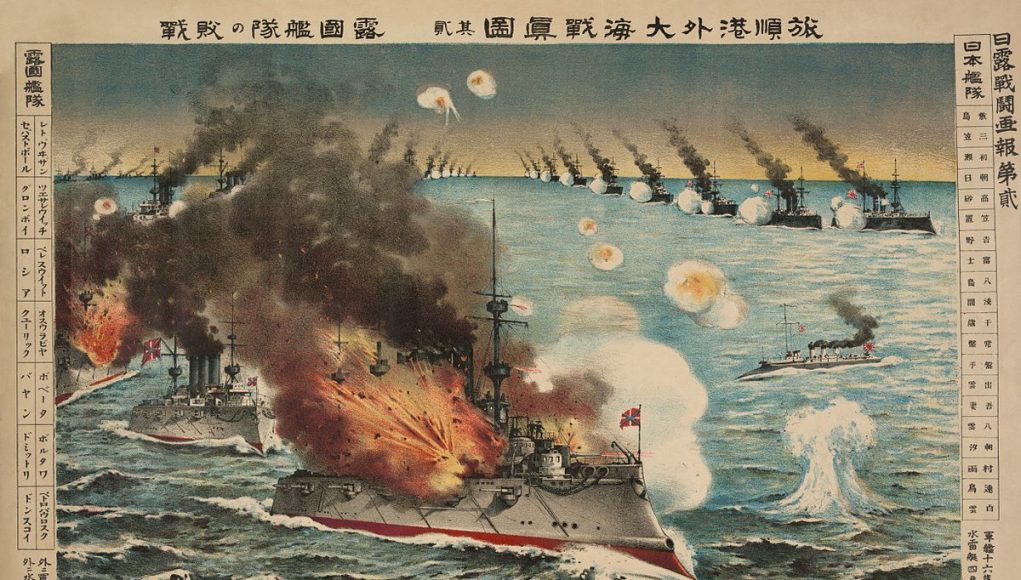 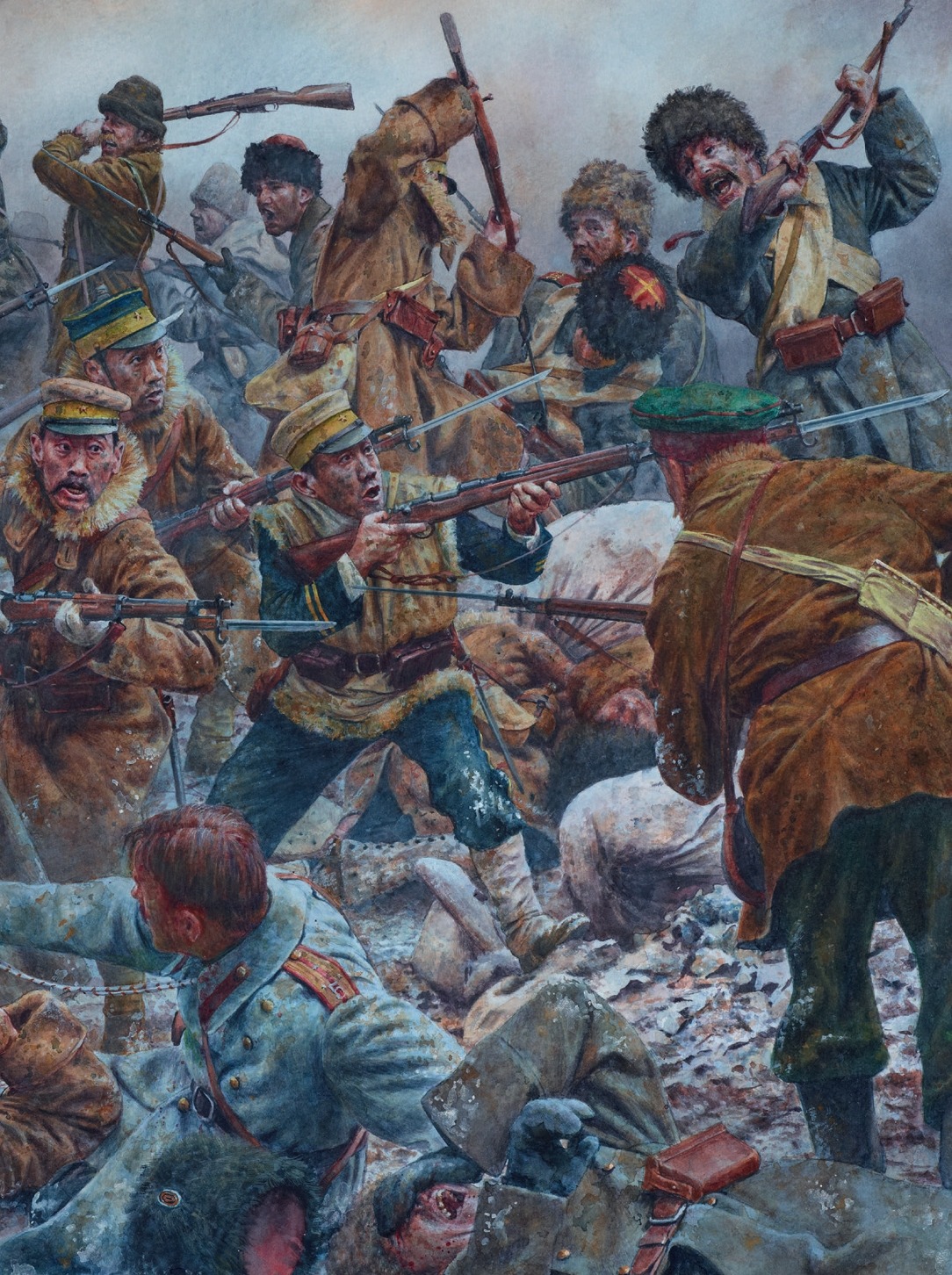 Throughout the past two months General Nogi’s Japanese divisions have battered themselves bloody all along the line of Russian defenses protecting Port Arthur; there have been some local successes, but at a terrible cost, forcing the Japanese commanders to decide on a new course of action – launching concerted attacks against 203 Metre Hill on the western flank of the Russian fortifications.

If the hill falls it will allow Japanese guns to target every part of the city and the remaining Russian ships in the port, and thus the struggle over its possession has been intense and especially hard-fought.

The day is bitterly  cold and the ground is iron-hard. More than once this morning the Japanese have broken through and captured trenches and breastworks of the left redoubt, only to be ejected by determined Russian counter-attacks, such as the one developing here. 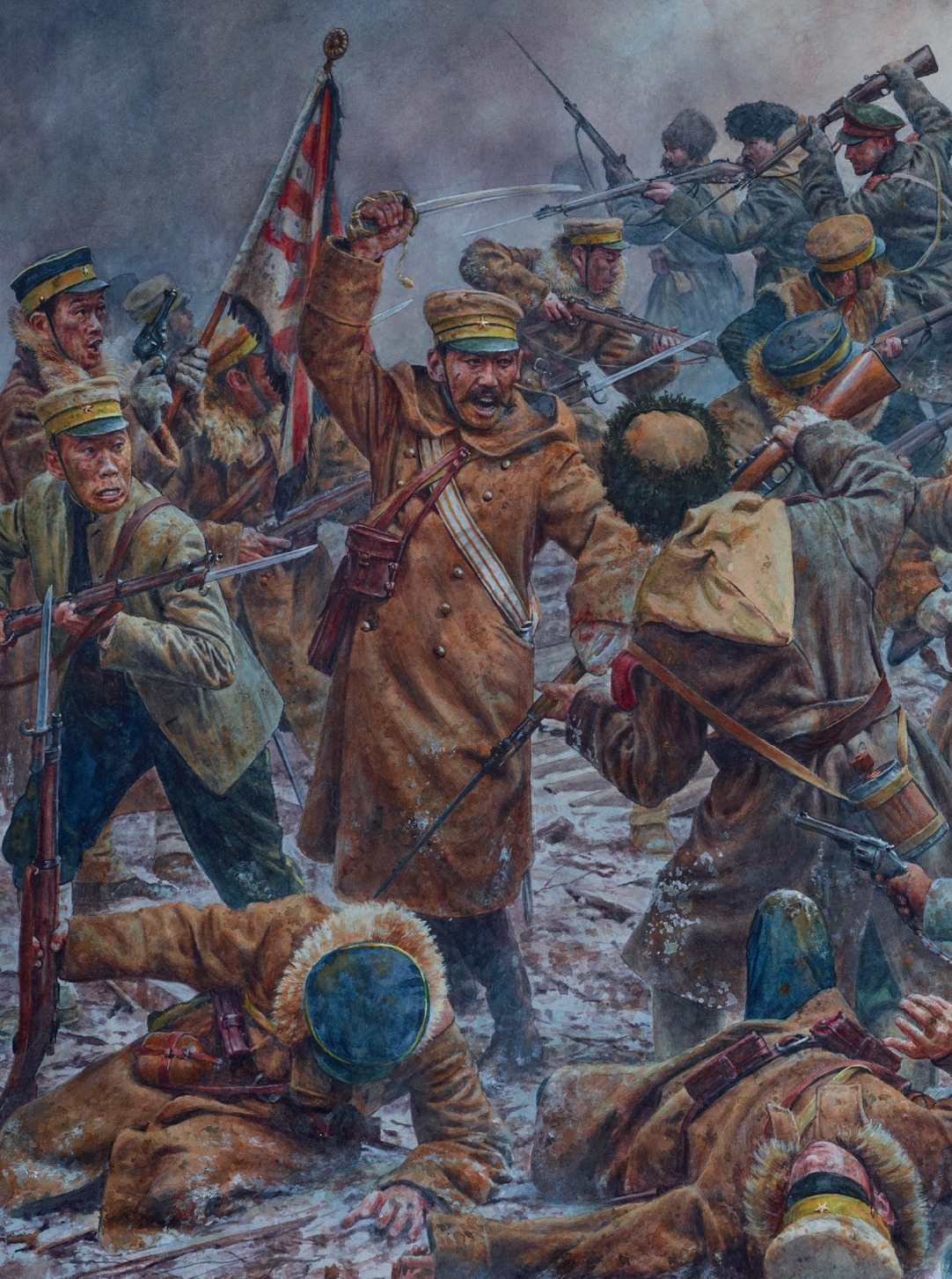 A small band of men from the 7th Division have fought their way into a Russian position once again, though their proud display of a regimental battle flag over their new conquest has enraged the Russians; a motley group of soldiers together with a lieutenant from the 5th East Siberian Rifle Regiment have stormed back into the position, determined to drive the Japanese out once and for all.

They are led by an officer who  is conspicuous due to the fine quality and relative cleanliness of his uniform in comparison to those of the bedraggled men who follow him; he has fallen wounded, but his men charge on regardless, engaging the Japanese at bayonet-point in a vicious mêlée that will offer no quarter. 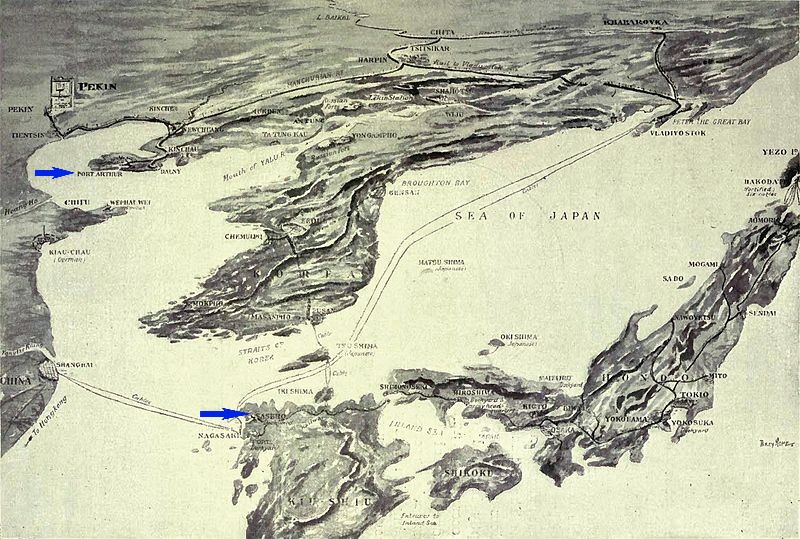 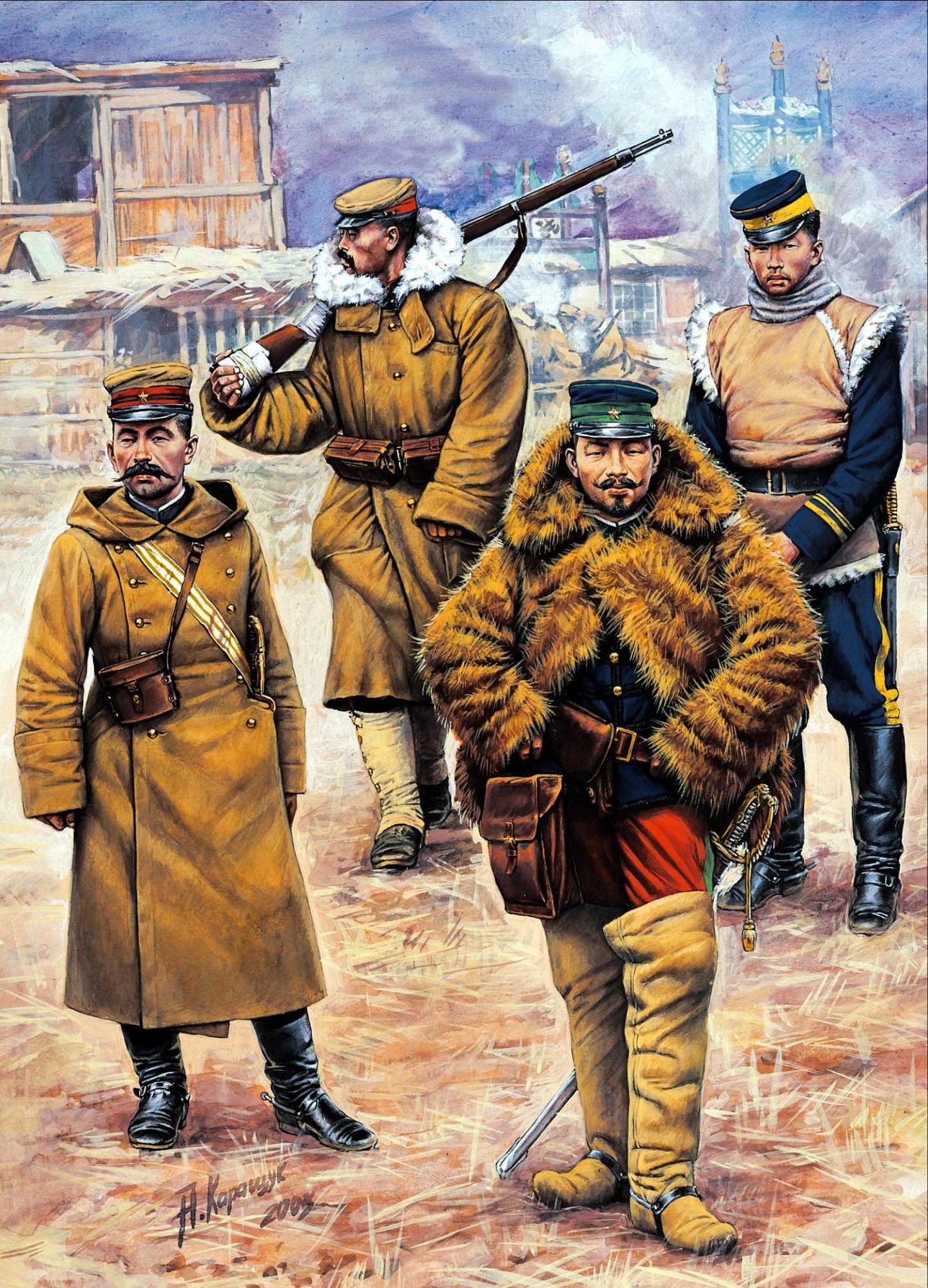 I’ve been in Korea in the winter and it’s as cold as a stepmother’s kiss. And that’s no lie. Cold as a witch’s tit. 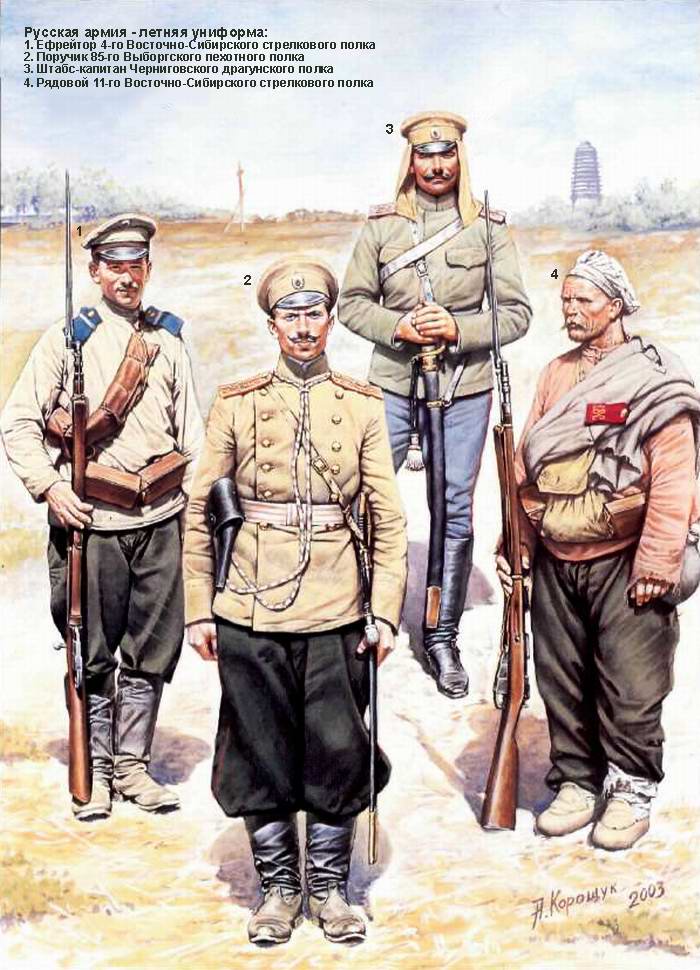