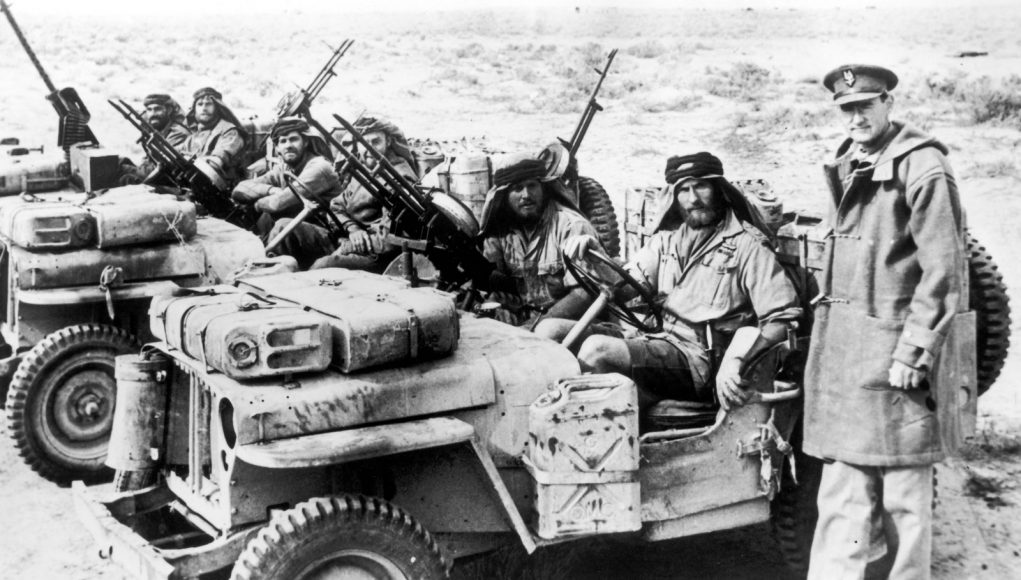 Born  Archibald David Stirling at his family’s ancestral home, Keir House in the parish of Lecropt, Perthshire. He was the son of Brigadier General Archibald Stirling, of Keir, and Margaret Fraser, daughter of Simon Fraser, the Lord Lovat, so soldiering was in his blood.  He was educated at the Catholic boarding school Ampleforth College and Trinity College, Cambridge before departing to Paris to become an artist. A tall 6 feet 6 inches tall, with an athletic figure, Stirling was training to climb Mount Everest when World War II broke out. 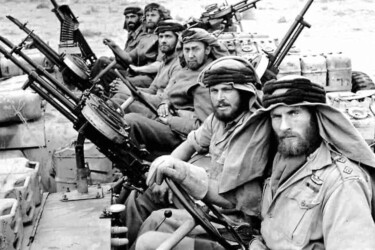 In 1939 Stirling joined the Scots Guard Supplementary Reserve of Officers and the next year the commando Brigade of Guards in the Middle East. In Egypt he persuaded his superiors to let him form a unit to make quick raids against the enemy, using the vast desert as cover. He was promoted to the rank of major, and with 6 officers and 60 enlisted men, he formed the SAS, which proved exceptionally successful: German Field Marshal Erwin Rommel lost hundreds of aircraft and scores of supply posts to SAS raids and Stirling became known by his enemies as “The Phantom Major” due to his exploits far behind enemy lines. He was captured in Tunisia in 1943 and escaped four times before he was transferred to Colditz Castle prison camp for the remainder of the war.

After the war, Stirling formed organizations to encourage racial integration in colonial Africa, provide security services for foreign heads of state, and to finance television stations in developing nations. He established the Stirling Foundation to preserve endangered species of animals. 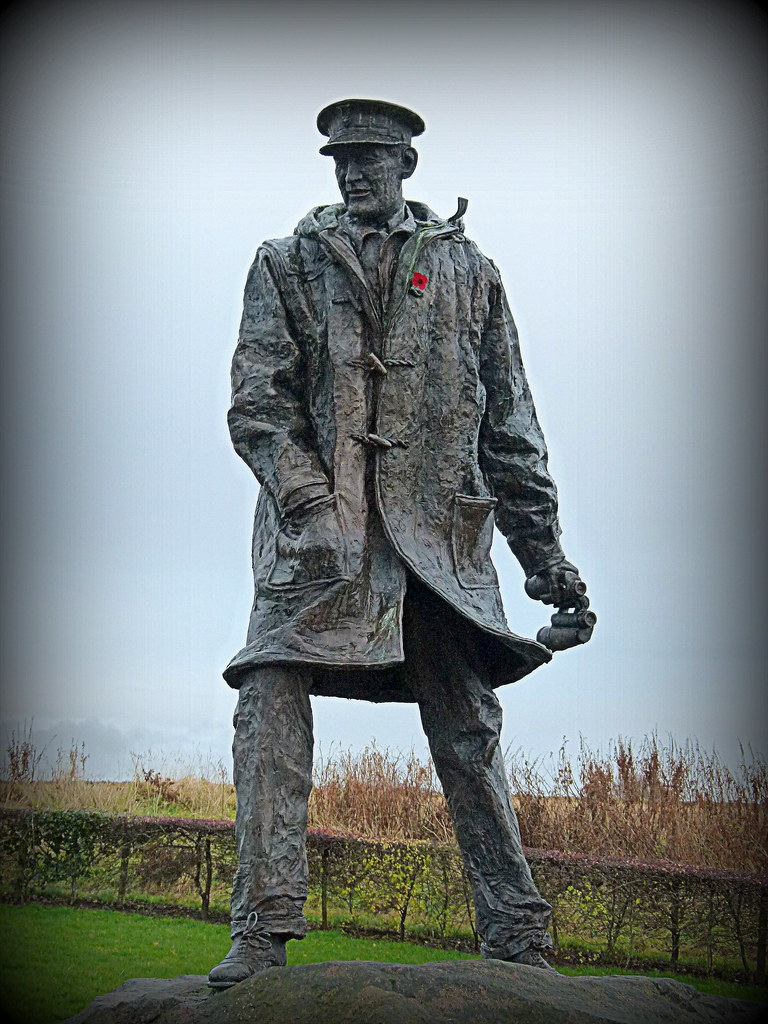 In 2002 the SAS memorial, a statue of Stirling standing on a rock, was unveiled on the Hill of Row near his family’s estate at Park of Keir

Why on Earth should you need a permit from the government allowing you to exercise Constitutional rights? The Supreme Court may agree.

During arguments, Wednesday on New York state’s strict gun laws, the high court’s conservative majority signaled that it is likely to rule that the constitutional right to keep and bear arms precludes states from insisting that individuals show “proper cause” before being licensed to carry a firearm for self-defense.

“You don’t have to say when you’re looking for a permit to speak on a street corner that your speech is particularly important,” Justice Roberts said. “The idea you need a license to exercise the right, I think, is unusual in the context of the Bill of Rights.”

District of Columbia v. Heller (5-4 decision) found that citizens had a right to keep a firearm at home. The issue in New York is whether there is a right to “constitutional carry” – which means anywhere, without a permit or government oversight.

A Long Way from Rome 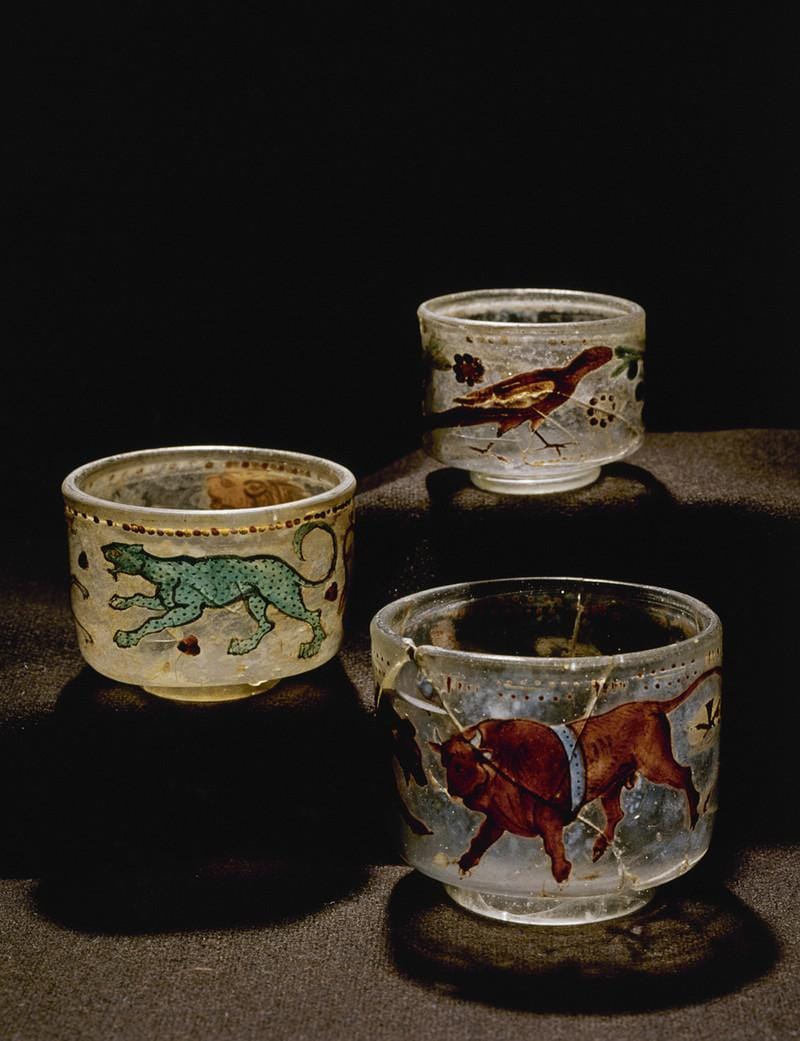 These beautiful Roman glass circus cups of the 2nd century AD were discovered in burials at Himlingøje, Varpelev, and Nordrup in Denmark.

It all supports the notion that ancient peoples traveled and traded far more widely than is usually taught. 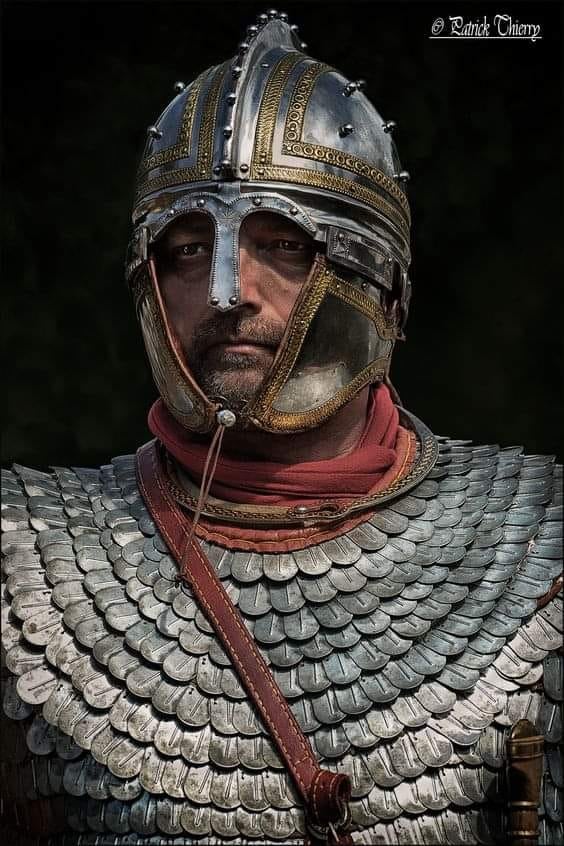 Also on November 4, this date in history:

Soviets put a brutal end to the Hungarian revolution.

A spontaneous national uprising that began 12 days before in Hungary is viciously crushed by Soviet tanks and troops on this day in 1956. Thousands were killed and wounded and nearly a quarter-million Hungarians fled the country.

The problems in Hungary began in October 1956, when thousands of protesters took to the streets demanding a more democratic political system and freedom from Soviet oppression. In response, Communist Party officials appointed Imre Nagy, a former premier who had been dismissed from the party for his criticisms of Stalinist policies, as the new premier. Nagy tried to restore peace and asked the Soviets to withdraw their troops. The Soviets did so, but Nagy then tried to push the Hungarian revolt forward by abolishing one-party rule. He also announced that Hungary was withdrawing from the Warsaw Pact (the Soviet bloc’s equivalent of NATO).

On November 4, 1956, Soviet tanks rolled into Budapest to crush, once and for all, the national uprising. Vicious street fighting broke out, but the Soviets’ great power ensured victory. At 5:20 a.m., Hungarian Prime Minister Imre Nagy announced the invasion to the nation in a grim, 35-second broadcast, declaring: “Our troops are fighting. The Government is in place.” Within hours, though, Nagy sought asylum at the Yugoslav Embassy in Budapest. He was captured shortly thereafter and executed two years later. Nagy’s former colleague and imminent replacement, János Kádár, who had been flown secretly from Moscow to the city of Szolnok, 60 miles southeast of the capital, prepared to take power with Moscow’s backing.

The Soviet action stunned many people in the West. Soviet leader Nikita Khrushchev had pledged a retreat from the Stalinist policies and repression of the past, but the violent actions in Budapest suggested otherwise. An estimated 2,500 Hungarians died and 200,000 more fled as refugees. Sporadic armed resistance, strikes, and mass arrests continued for months thereafter, causing substantial economic disruption.

Inaction on the part of the United States angered and frustrated many Hungarians. Voice of America radio broadcasts and speeches by President Dwight D. Eisenhower and Secretary of State John Foster Dulles had recently suggested that the United States supported the “liberation” of “captive peoples” in communist nations. Yet, as Soviet tanks bore down on the protesters, the United States did nothing beyond issuing public statements of sympathy for their plight.

Hungarians remember…and they don’t buy off on the woke BS being peddled by the US and Western Europe. Never forget, Hungary, never forget.