The War in Ukraine (update) Russia has suffered yet another battlefield humiliation after Ukraine successfully thwarted its attempt to cross a river in Donbas, destroying dozens of vehicles and inflicting heavy casualties last week

Satellite images lay bare the scale of the failure with the remains of two pontoon bridges drifting in the Donets River at Bilohorivka, west of the city of Lysychansk, surrounded by the ruins of tanks and armored vehicles.

Russian commanders were attempting to surround Lysychansk – and its sister city of Severodonetsk – with the crossing but saw their sneak-attack turn into a massacre when Ukraine correctly guessed their plans.

On the morning of May 8 Russia blanketed the river with smoke by burning nearby fields and throwing smoke grenades, he said, but commanders detected the sound of boat engines and called in artillery strikes which caused devastating losses. 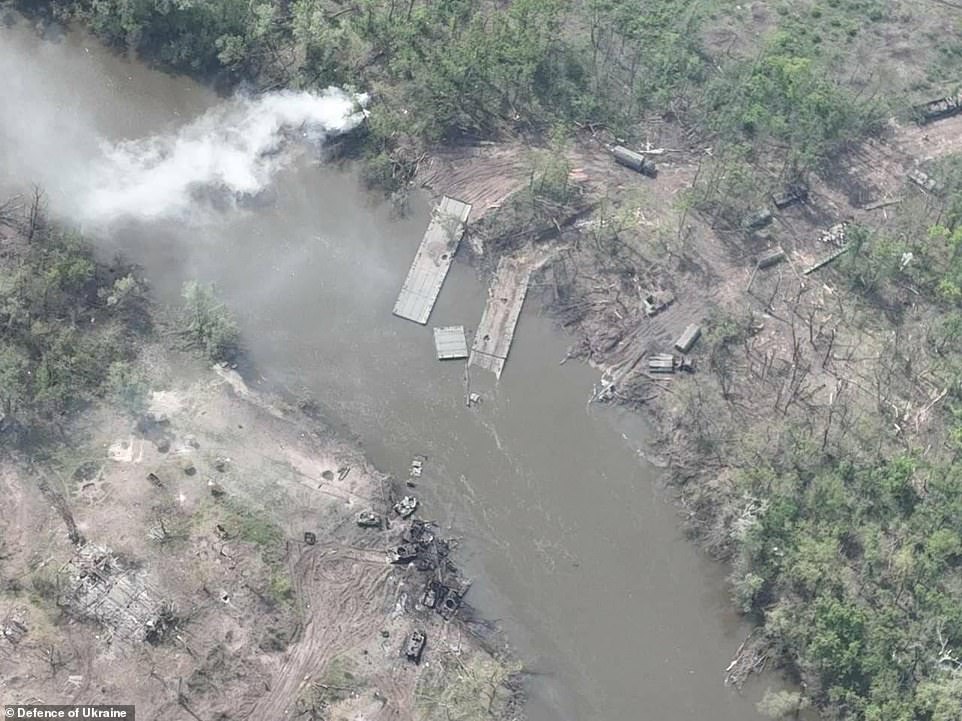 Russia attempted to bridge the Donets River to the west of the city of Lysychansk on May 8, a week ago now, apparently hoping to surround Ukrainian defenders dug in there – but were found out and massacred 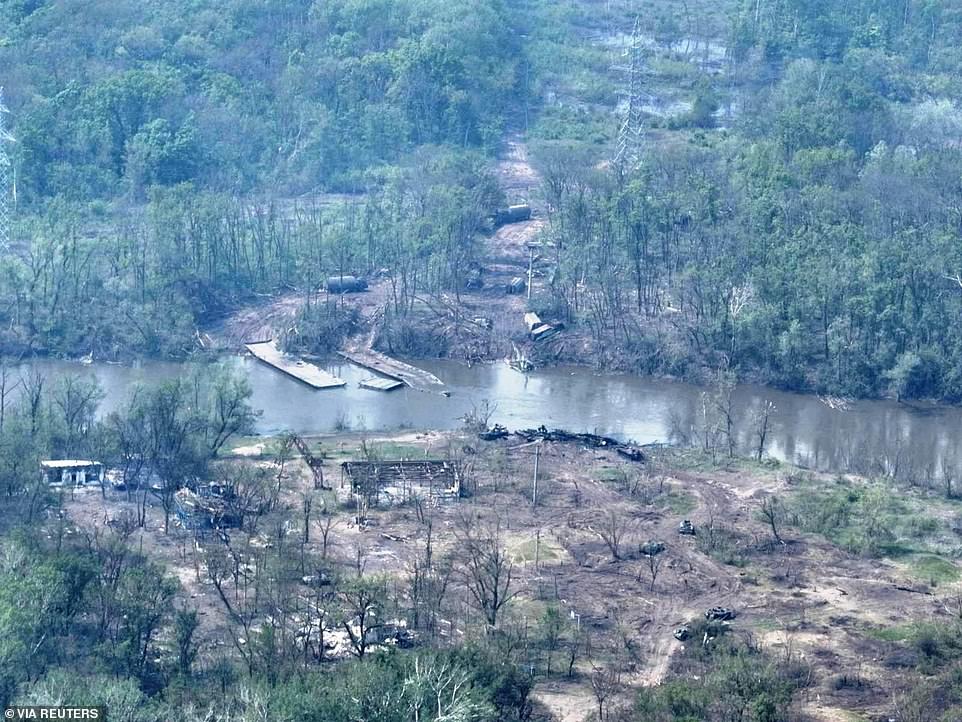 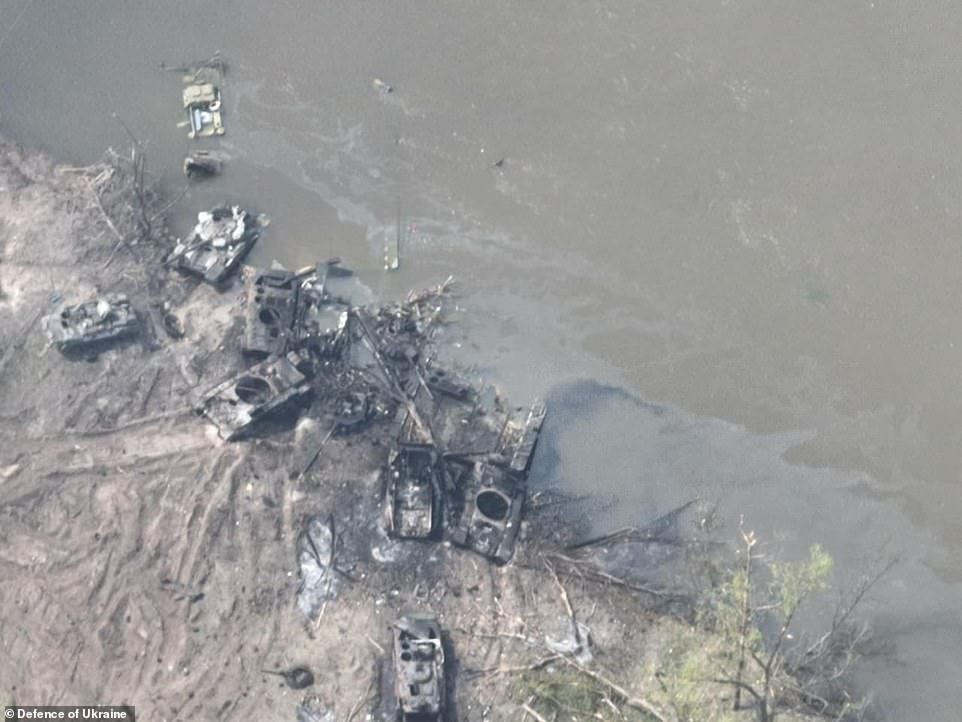 The remains of at least three Russian tanks and another four armored infantry vehicles are seen on one bank of the river, along with other pieces of wreckage poking out from under the water

A Ukrainian military engineer who took part in the operation claims he correctly predicted where the Russians would try to put their bridge, allowing artillery to bombard the area

Observers counted the wrecks of at least 58 Russian vehicles including tanks, armored personnel carriers, trucks, and one tugboat that was blown up trying to position the bridge

Ukrainian forces are trying to hold the cities of Severodonetsk and Lysychans’k from Russian troops, which have almost managed to surround them. The river crossing attempt was designed to complete the encirclement but was foiled.

In the Donbas Pocket

Ok, it was the Donbas Pocket, now it’s just on the border of Donbas where the Russians have doubled down and reinforced their positions. There have been two counterattacks against Ukraine forces. In both cases, the Russians were able to capture six to eight miles of territory before the counterattacks stalled. You could call them Russian’s victories had Russians not suffered the loss of main battle tanks and armored personnel carriers such that they were unable to exploit the counterattacks.

The pattern repeats. Russian officers, likely general officers, plan offensive moves like the River Crossing (above), put the pieces together and they lose whole battalions almost to the man. This armor can’t be replaced by Russia. They are not assembling new tanks and APCs east of the Urals. It’s not World War 2. And the “Police Action” to rid Ukraine of Nazis grinds on.

Both Ukraine and Russia are tired. Both have suffered losses. Though new NATO equipment and the Warsaw Pact junk that Eastern Europe unloaded on Ukraine (equipment they are familiar with) is beginning to arrive at the front, the army is worn out from 75 days of combat.