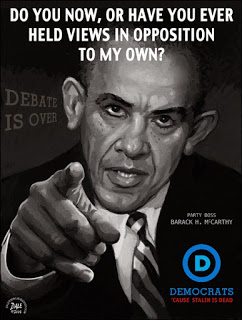 Facebook
Twitter
Pinterest
WhatsApp
This is shameless theft, but I thought that Andrew Price did a good job summarizing the party of the Ass/Donkey. Thus, I lifted his entire blog post and am re-posting it here for your reference.
Some thoughts on Democrats

Liars and Hypocrites: Most people think the worst of their opponents in politics. If you step back and examine things honestly however, you generally discover this isn’t true. Heck, even the evil Soviets weren’t as bad as people imagined. With the Democrats, however, it is true. Their party is a wretched hive of scum, villainy, hate and treachery. Think about their recent behavior:
● Despite the actual impossibility of it being true, the Democrats are whining that the Russians hacked the election so they can de-legitimize the results. Think about that. They are actively trying to destroy the public’s faith in the electoral system because they think it will benefit them.
● They lie as a reflex to aggrandize themselves and demonize their opponents. Harry Reid lies so easily that I’m not sure he understands the difference between truth and lies. Pelosi lies automatically. And the rest are no better. Then there are the media who make lies and bias into an art form.
● They scaremonger blacks with the idea that whites are trying to kill them or put them into slavery. Look at the cop killings they’ve caused.
● They scaremonger young women with the idea that some old religious dude is going to control their sex lives and with lies about them being cheated in the economy.
● They scaremonger Hispanics with the idea that they will be deported.
● They scaremonger Muslims with the idea that they will be rounded up. That wannabe terrorist in Ohio was acting because he believed them.
● They scaremonger gays with the idea that everyone else wants to criminalize who they are.
● They exploit their “the end is near” environmentalism to push leftist ideology rather than actual solutions, all the while telling kids the world is dying. They won’t even change their own behavior. Do you think they believe this?
● They endanger national security to undermine GOP administrations time and again, consorting with the enemy, trying to harm American defense, smearing soldiers, lending aid and comfort to terrorists and murderous regimes.
● They exploit all tragedies for fundraising.
● And ironically, Wikileaks showed us their leaders don’t even believe the crap they tell their drones. 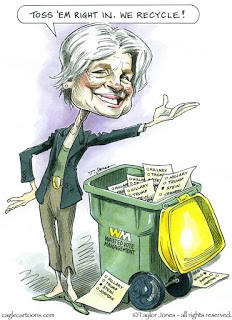 Not Easy Getting The Green: The Green Party’s™ Jill Stein dropped her PA recount and thereby confirmed that she really took leftists for a ride. She just earned about $6 million she never would have had by starting a fight she knew could not be won and then stopped once she had her money. Poor Hillary got a black eye joining her effort. Beautiful!
**The Green Party is a registered trademark of the Democratic Party.

So, So Wrong: As an aside, here are some of the things the Democrats have been wrong about during my life.
● Jimmy Carter will be our best president ever… he’s so smart. (stagflation)
● There will be massive starvation if populations keep increasing past 4 billion. (7 billion strong and fat as hell)
● We are on the verge of a global ice age!! Global warming will kill us all!
● Cities will flood because of global warming. (water level steady)
● There will be super hurricanes all the time. (lowest number in decades)
● Oil production has peaked and we will be out of oil in the next decade… repeat every decade.
● Ronald Reagan will be our worst President. (highest approval ratings, even liberals now claim they liked him)
● Ronald Reagan will start World War III. (ended risk of WWIII)
● Putting short range nuclear missiles in Europe will cause nuclear war!
● MAD is crazy and will kill us all (today: MAD kept us safe!)
● Reaganomics will not work. (4%+ growth)
● The Soviet Union is strong and unified and will never break. Their economy is too strong.
● You can’t shoot down a missile.
● SDI will start a nuclear war.
● The Nicaraguan people love the Sandinistas. They’ll vote them in in a landslide.
● We will lose if we invade Iraq and 60,000 American soldiers will die.
● Obama will be our greatest president ever… he’s so smart.
● The public will accept Obamacare once we pass it.
● We can win without stupid white people. (worst showing since the Roaring 20’s)
What kind of fool would trust these people to decide anything?