The political hype in Washington simply underscores the same level of maturity that many people experienced in junior high school.

The numbers are based on information requested from the Senate Budget Committee, as well as data from the Obama administration and the non-partisan Congressional Budget Office. A Senate Republican source verified the calculation to FoxNews.com, after it was first reported by The Washington Examiner.

The calculation that 83 percent of the government is still running shows how some parts of the government — unless the country loses its ability to borrow — simply cannot be shut down, even if Congress is unable to agree on a spending bill as happened last week.

A lot of the fight has to do with the government’s move to take over 20% of the national economy through ObamaCare and it’s follow-on, the single-payer system where government controls all healthcare.
Racial Slime Pit
The mainstream media elites,  unable to defend the ObamaCare scandal — where you can’t keep your own insurance in many cases, or your own doctor — have resorted to the race card. Their contention, “If you don’t like ObamaCare, you’re racist.” Unable to defend the administration’s policies on the merits, they’ve got nothing left to fall back on but race baiting.

ABC News anchor Cokie Roberts. Speculating about Hillary Clinton’s White House hopes, Roberts said the former first lady will have an easier go of things because she’s white, suggesting critics of President Obama are motivated by racism. “Some of this Tea Party anger is racist,” she proffered on MSNBC’s “Morning Joe” without offering a shred of evidence. “And having a nonblack person on the ticket will defuse it to some degree.”

If you are uncomfortable with the current Washington DC trend toward socialism, you are by default, racist. 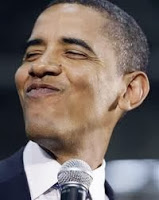 Obama is still the same biracial person he was in 2008; nothing’s changed physically. What is apparent is his complete lack of intellectual integrity. His extremist policies and actions haven’t matched his moderate rhetoric. The Benghazi Scandal, Fast and Furious Scandal, IRS Scandal, etc., an attorney general held in contempt of congress, and an administration that has been a game of musical chairs because nobody can stand to be around Barack have become the hallmarks of a failed presidency.

(IBD) “A growing number of white independents who put Obama over the top, believing he was the centrist he advertised, now dislike his policies. Nobody can call them racist. They don’t care for the socialist white half of the president any more than his socialist black half.”