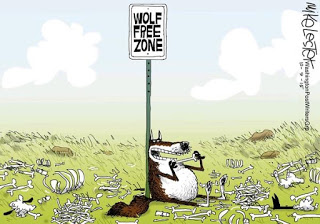 Those people read the news and are fearful of what might happen to them at any minute of any day. They link firearms to that fear and take counsel from their fears without having any idea of how the world really works. Usually those people find comfort in the nanny state, which promises that they will protect these human sheep from the cold and harsh world.

However comforting fairytales can be, they don’t square with reality. 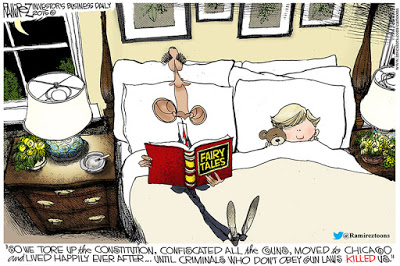 Regardless of what well-meaning people tell you about the world, violence is the natural order of things. In the animal kingdom you are prey or you are predator. Despite the assertions of the “progressive movement”, we are all faced with the same facts in our lives.
Civilization exists because we all agree that we’ll push nature aside and work things out on less dangerous terms, but nevertheless, at the core of it, violence is the only currency that matters. The military and police do violence so others will not have to. An armed civilian at home is prepared to do violence should someone attempt to harm their family at night.
Peace is maintained, not through goodwill as many believe, but by those still willing to do violence on behalf of those who prefer to believe it does not exist. Peace is maintained through violent hands.  (“The Spartans do not inquire how many the enemy are, but where they are.”)

The liberal elite, flush with wealth, hire rough men to surround them and keep them from harm and do not mind that the rest of world doesn’t have that option.