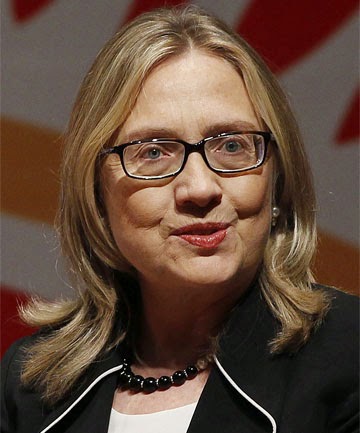 The last time that I met Hillary Clinton she had breath that smelled like an old tent, masked with too much floral perfume. Not unlike the sort of scent that an undertaker uses on a corpse at a viewing.  So when I read this Obama quote in Fox News (below) it really hit home.
Barack Hussein says that the next president needs to bring a ‘new car smell’ to the White House. If that’s true, Hillary Clinton is an old, well worn taxi, with the smell to match. Have any of you ridden in an old taxi? You can’t mask the smell of tobacco, sour age, the cloying barf that didn’t get completely clean, blended with the sweat of curry that is dripping off the driver. There’s always the smell of ass and mildew in an old taxi that you can’t eradicate. When you’re in a taxi like that, you’ll roll down the windows whether there’s a blizzard outside or if it’s blistering hot. It’s the smell! That old taxi smell!!
And it’s difficult to imagine that Elizabeth (fake Indian) Warren, also a Democratic Party luminary, smells much better.
(Fox News) HENDERSON, Nev. – President Barack Obama says voters want a “new car smell” in the 2016 White House race and that Hillary Rodham Clinton would be “a great president.”

In a nationally televised interview broadcast Sunday, Obama seemed to suggest that any Democrat other than him would provide the turn of the page that he says voters are interested in. He acknowledged the “dings” to his own political standing during nearly six years of sometimes bruising battles with Congress and said Americans will want something new

“They want to drive something off the lot that doesn’t have as much mileage as me,” Obama said in the interview with ABC’s “This Week,” which was taped Friday in Las Vegas following a public appearance there by the president.

He said a number of possible Democratic candidates would make “terrific presidents,” but Hillary Clinton is the only one he mentioned by name. He said she would be a “formidable candidate” and make “a great president” if she decides to run a second time.

WHY ARE AMERICANS TIRED OF OBAMA?

Ok, let me count the ways. This is what Saturday Night Live said: