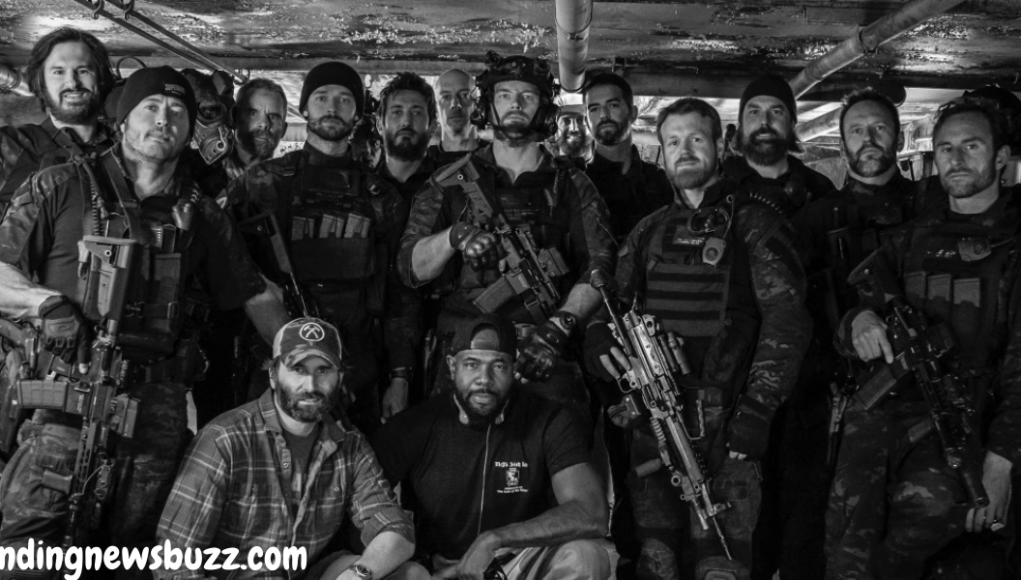 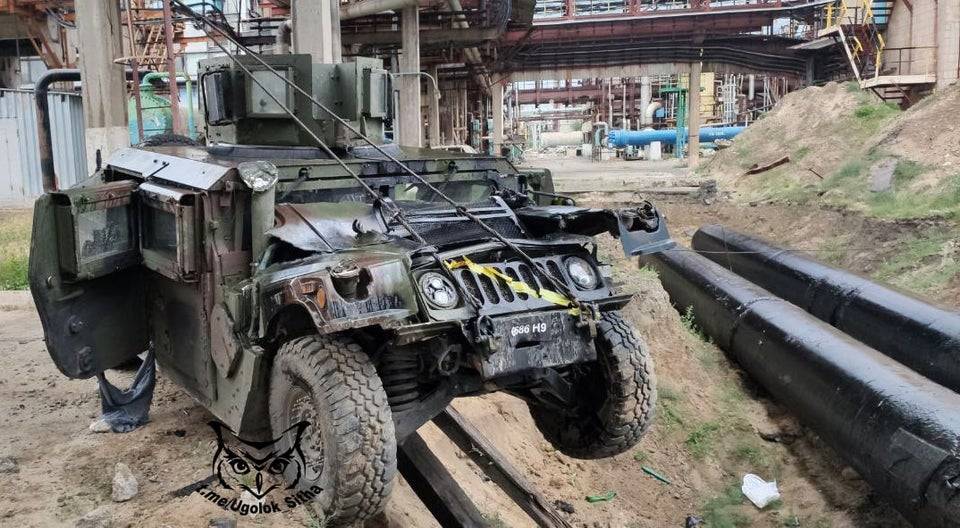 I’m not a fan of the Humvee. It’s not the vehicle, they’re fine. It’s in how they are used. They’re used like light skin armor and they are NOT light skin armor. They’re targets, in this case for the Russians. In Iraq, for EFP’s that cut through them and their occupants like butter. Up-armor never worked the way that the people who rode in them hoped, and it made them HEAVY when they operated off hardball roads.

Sending them to Ukraine made the cruel joke worse because the Ukes relied on the “armor” for protection. 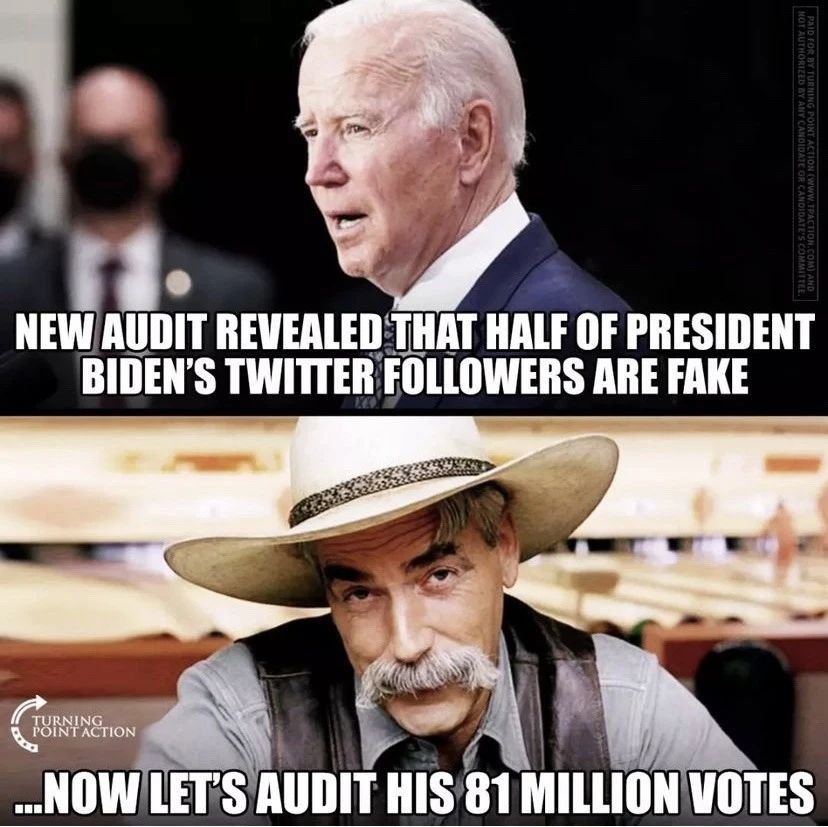 Our friend and fellow blogger is going under the knife today. In fact, with the time change, they may be cutting at about the same time as this posts. I wish her well.

* Reports say, Nancy Pelosi, loyal servant of Antichrist, allegedly Christian, who daily drinks the blood of innocent babies to preserve a hideous mockery of life in her decayed flesh, presented herself for communion while visiting the Vatican, and took the holy wafer in her bloodstained teeth, choking it down despite her vomiting pea soup like Linda Blair.

I cannot vouch for the reliability of such reports.

Many, including myself, wondered why Pope Francis permitted the communion to take place, rather than an exorcism, which would have perhaps been more fitting. * More Weiner? In 2016, a 15-year-old girl told the Daily Mail that the former congressman sent her sexually explicit messages, leading to a federal investigation that brought then-presidential candidate Hillary Clinton’s emails back into the spotlight. Weiner later pleaded guilty in 2017 to charges related to texting the teenager and was sentenced to 21 months in prison. Now he’s out of the cage and has his eye set on the NY City Mayor’s job, and from there, who knows? President? He reminds me a lot of Beto O’Rorque. The photo above was from Weiner’s failed 2013 attempt to become mayor of the Big Apple. 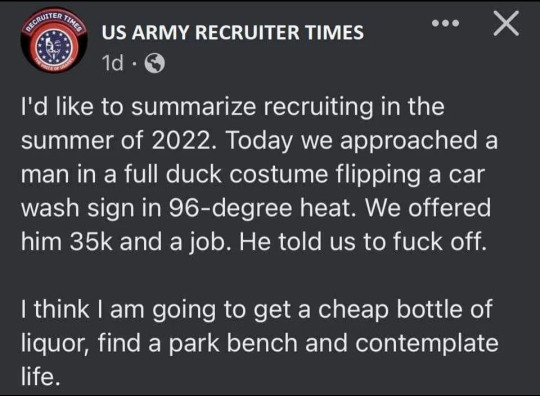 * America’s armed forces are facing the worst recruiting crisis since the end of the draft in 1973. The Biden Pentagon is blaming the economy. The reality is far more troubling. It’s human nature to avoid suffering and danger, if possible—unless it’s for the greater good. (graphic right, h/t Frank in TN.)

Police retirements are soaring and recruiting is not keeping up in defund-the-police-mandatory-COVID-19-vaccine places like Seattle, while most of Texas finds it easy to fill police academy classes. It’s not hard to understand why—police are generally honored in Texas, but they’re not in Seattle.

The message is very clear if you’re a patriotic young American: Stay clear of the military. After all, why put yourself under the command of people who, at best, are suspicious of you and at worst will demand you attend pronoun reeducation camp—after they force you to take an experimental vaccine for a virus that has little chance of harming you as a young, healthy adult.

As early as last March, the Pentagon said it would make a small cut to the force of only 0.2%. But now word is out that all branches of the military are struggling to meet recruiting goals.

The largest branch of the military, the U.S. Army, has hit 40% of its recruiting goal with only three months left in the fiscal year. To compensate, the Army lowered its standards. No high school diploma or GED? OK. Tattoos on the neck and hands? Fine, no waiver needed. 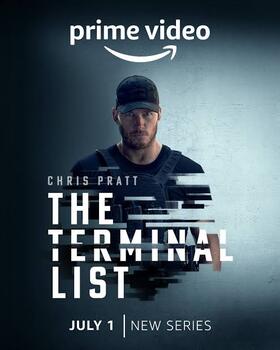 Season One of The Terminal List was released on Amazon Prime Video. The series follows Lieutenant Commander James Reece (Chris Pratt) after his platoon of Navy SEALs is ambushed while on a covert mission. Reece returns home to his family with conflicting memories of the event and questions about his culpability. As new evidence comes to light, Reece discovers dark forces working against him, endangering not only his life but the lives of those he loves.

The series deals with cause and effect with people regretting ticking off Chris Pratt’s character. The plot builds slowly, but Season 1 was fun for me. By episode 3, I was into the game.  It compares to other Amazon Prime Video series Bosch, Reacher and Jack Ryan. A number of woke critics didn’t like the film but I discount them. It’s obvious that The Terminal List just wants to entertain with a twisty plot, some thrilling action set pieces, and a mildly complex main character. I give it an 8 out of a possible 10. The plot is thin but it’s a fun series to watch.