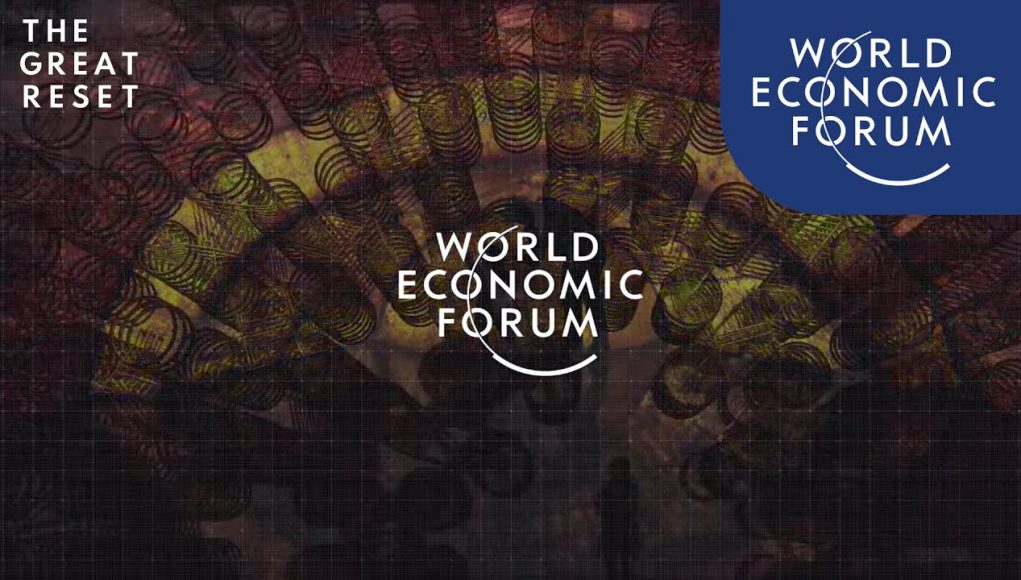 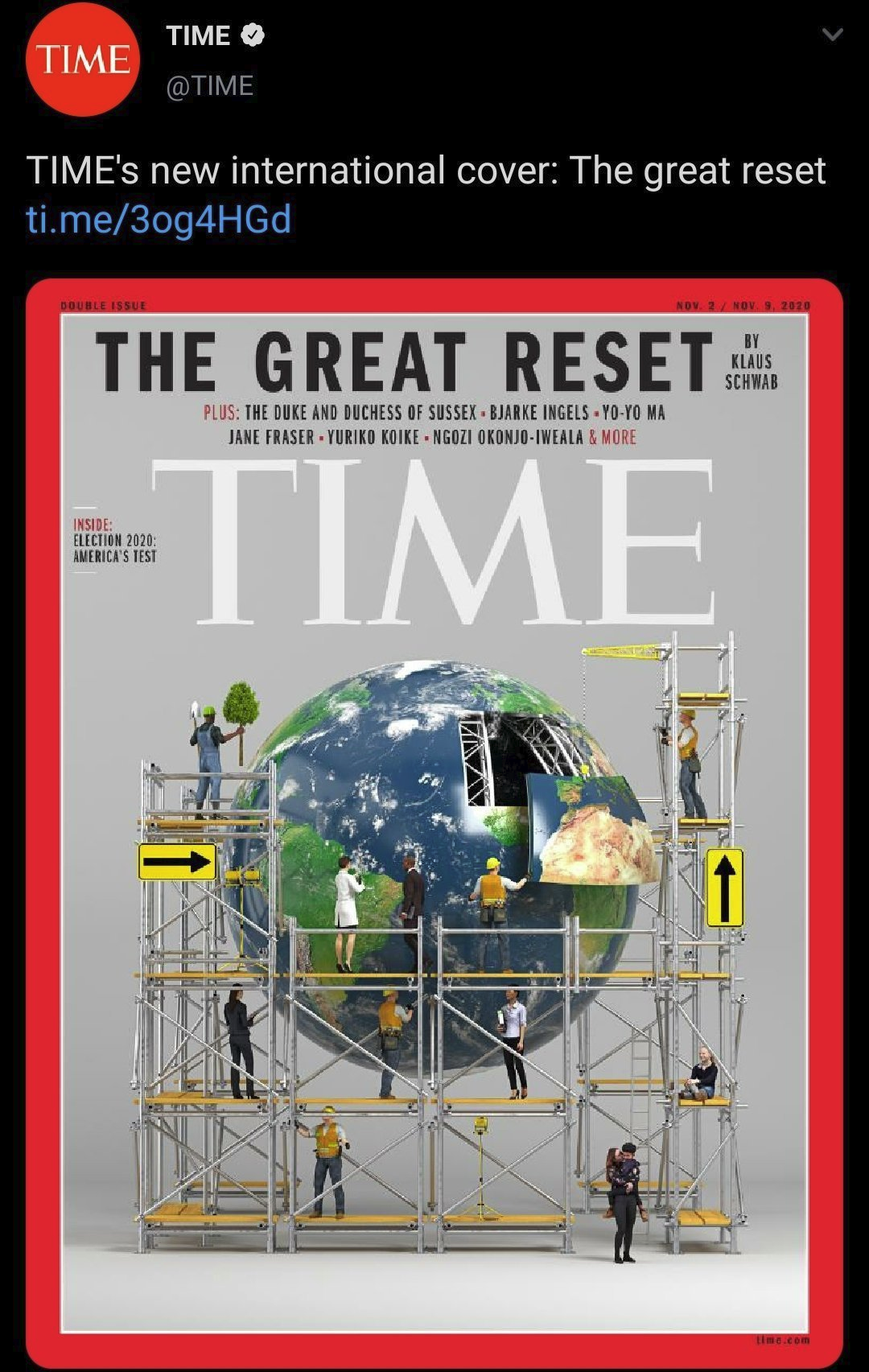 You just know that it will be the greatest reset EVER!

As I’m sure many of you are already aware, globalist elites are using their COVID19 psyop to push through The Great Reset, which is simply a rebranding of the United Nation’s ‘Agenda 21’ (also known as ‘Agenda 2030’ and ‘Sustainable Development Goals’). 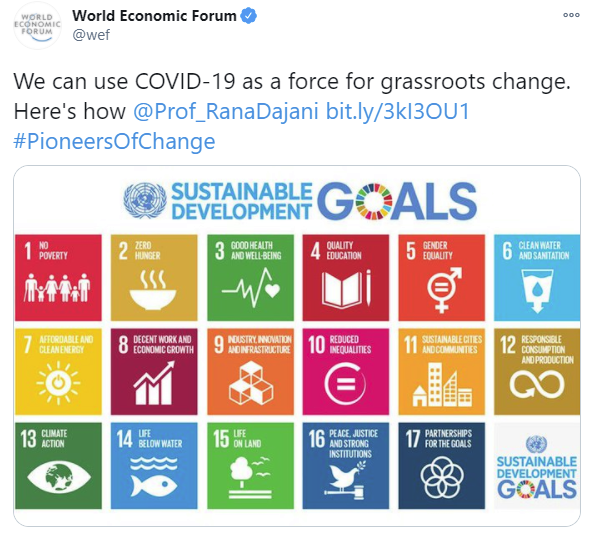 When Globalists say things like: “No poverty!” “Good health!” “Zero hunger!” They’re telling you that they plan to take totalitarian control over that aspect of humanity, and will micromanage it like the neurotic freaks that they are. They obviously don’t care about poverty, hunger, etc., they just want power.

It’s the same as when they talk about “World Peace.” Any conflict that they haven’t personally engineered causes instability and factionalism that threatens their global dominance. They don’t actually want “World Peace,” they want a monopoly and violence, and to transform you into a pacifist cuck who kisses their boots while they stomp on your neck.

What the Great Reset is bringing us is what the globalist (or ‘United Nations’) agenda has always been: Global Communism. Don’t forget that the four pillars of Communism, as laid out in Marx’ Communist Manifesto, are:

-1- The abolition of religion

-2- The abolition of family

-4- The abolition of private property

You won’t own anything and you will be happy. Orwell wrote about it and in this brave new world where all pigs will be equal, but some will be more equal than others. It’s being played out.

None Dare Call it Arkancide

1- James McDougal – Clintons convicted Whitewater partner died of an apparent heart attack, while in solitary confinement. He was a key witness in Ken Starr’s investigation.

2 – Mary Mahoney – A former White House intern was murdered July 1997 at a Starbucks Coffee Shop in Georgetown .. The murder …happened just after she was to go public with her story of sexual harassment in the White House.

4 – Ron Brown – Secretary of Commerce and former DNC Chairman. Reported to have died by impact in a plane crash. A pathologist close to the investigation reported that there was a hole in the top of Brown’s skull resembling a gunshot wound. At the time of his death, Brown was being investigated and spoke publicly of his willingness to cut a deal with prosecutors. The rest of the people on the plane also died. A few days later the Air Traffic controller committed suicide.

7 – Ed Willey – Clinton fundraiser, found dead November 1993 deep in the woods in VA of a gunshot wound to the head. Ruled a suicide. Ed Willey died on the same day his wife Kathleen Willey claimed Bill Clinton groped her in the oval office in the White House. Ed Willey was involved in several Clinton fundraising events.

8 – Jerry Parks – Head of Clinton’s gubernatorial security team in Little Rock .. Gunned down in his car at a deserted intersection outside Little Rock Park’s son said his father was building a dossier on Clinton He allegedly threatened to reveal this information. After he died the files were mysteriously removed from his house.

9 – James Bunch – Died from a gunshot suicide. It was reported that he had a “Black Book” of people which contained names of influential people who visited prostitutes in Texas and Arkansas

10 – James Wilson – Was found dead in May 1993 from an apparent hanging suicide. He was reported to have ties to Whitewater.

12 – Bill Shelton – Arkansas State Trooper and fiancee of Kathy Ferguson. Critical of the suicide ruling of his fiancee, he was found dead in June 1994 of a gunshot wound also ruled a suicide at the gravesite of his fiancee.

13 – Gandy Baugh – Attorney for Clinton’s friend Dan Lassater, died by jumping out a window of a tall building January 1994. His client was a convicted drug distributor.

15 – Suzanne Coleman – Reportedly had an affair with Clinton when he was Arkansas Attorney General. Died of a gunshot wound to the back of the head, ruled a suicide. Was pregnant at the time of her death.

17 – Danny Casolaro – Investigative reporter, investigating Mena Airport and Arkansas Development Finance Authority. He slit his wrists, apparently, in the middle of his investigation.

18 – Paul Wilcher – Attorney investigating corruption at Mena Airport with Casolaro and the 1980 “October Surprise” was found dead on a toilet June 22, 1993, in his Washington DC apartment had delivered a report to Janet Reno 3 weeks before his death.

19 – Jon Parnell Walker – Whitewater investigator for Resolution Trust Corp. Jumped to his death from his Arlington, Virginia apartment balcony on August 15, 1993. He was investigating the Morgan Guaranty scandal.

20 – Barbara Wise – Commerce Department staffer. Worked closely with Ron Brown and John Huang. Cause of death: Unknown. Died November 29, 1996. Her bruised, naked body was found locked in her office at the Department of Commerce.

24 – Johnny Lawhorn, Jr. – Mechanic, found a check made out to Bill Clinton in the trunk of a car left at his repair shop. He was found dead after his car had hit a utility pole.

25 – Stanley Huggins – Investigated Madison Guaranty. His death was a purported suicide and his report was never released.

27 – Kevin Ives & Don Henry – Known as “The boys on the track” case. Reports say the boys may have stumbled upon the Mena Arkansas airport drug operation. A controversial case, the initial report of death said, due to falling asleep on railroad tracks. Later reports claim the 2 boys had been slain before being placed on the tracks. Many linked to the case died before their testimony could come before a Grand Jury.

THE FOLLOWING PERSONS HAD INFORMATION ON THE IVES/HENRY CASE:

32 – James Milan – Found decapitated. However, the Coroner ruled his death was due to “natural causes.”

47 – Seth Rich, the DC staffer murdered and “robbed” (of nothing) on July 10. Wikileaks found Assange claims he had info on the DNC email scandal.

48. Christopher Sign – Reporter who broke the story of Bill Clinton’s meeting with Loretta Lynch on the tarmac in Phoenix.

-1- Forcing businesses to close due to the plague and now allowing them to open is called “job creation”.

-2- At Wounded Knee, government troops were disarming native people, and then, once disarmed, they killed them. Twenty soldiers were awarded the Congressional Medal of Honor. Don’t tell me that it can’t happen.

-5- Because of the Delta Variant, California will be mailing ballots for the Newsom recall…

This is NOT a government-cloned super-baby, it’s my grandson, but he’s able to leap tall Lego buildings with a single bound. 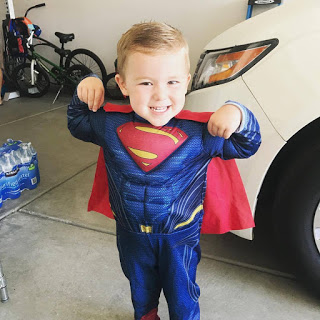