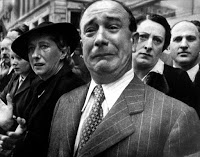 As demonstrators were clashing with police in Paris and protests were being held across France on Saturday, Mr Trump said: “The Paris Agreement isn’t working out so well for Paris. Protests and riots all over France. People do not want to pay large sums of money, much to third world countries (that are questionably run), in order to maybe protect the environment. Chanting ‘We Want Trump!’ Love France.”

To reiterate President Trump’s question, “Why do people want to empty their pockets and send the money to third world $hit holes?”  The answer can be found on the streets of Paris. They don’t. And their masters, dedicated to a weather tax and massive transfer of wealth, can’t seem to understand. The French people were screwed and I expect that the next presidential election in France will have a more nationalistic outcome with a pledge to LOWER taxes, raise prosperity and employment and to Make France Great Again.
There is also the issue of a French government that offers hand-outs to Muslim immigrants and supports them with the taxes paid by hard working FRENCH citizens. It’s not just the weather tax that will send wealth abroad, it’s the whole elitist cadre who know what’s good for us. The news media (tools of the elite class) wants the French people to respect their betters, and fork over their hard earned money.
France disagrees.