I personally don’t know when the plan was hatched, but Pakistani ISI clearly understands both their own people and the Afghans.

Likely in the 1992-93 time frame they polished the plan and began to move pieces around the board. The time-tested way to uproot Muslims since the days of Mohammed. Declare a Jihad! You can’t just do it on the spur of the moment these days, there needs to be preparation, charismatic (and somewhat enigmatic) leaders need to emerge from among the people to lend it an air of authenticity. An ISI major general would not do.

The more wretched the emergent a holy man is the better, and somebody who can speak convincingly of dreams he’s had, even if he’s a muttering, stuttering fool undergoing a psychotic breakdown. He’s not the shot caller, he’s only a puppet. Enter Taliban supreme leader, one-eyed Mullah Mohammad Omar. A Jihad is better if there is some purity attached, so cadre began combing religious schools in Pakistan, madrassas of the same sort that young Barack Hussein Obama attended in Indonesia.

The Madrassas were homes to radical, purely ideological “students” and the word for student is Talib. The movement would be known as the Taliban and would incorporate idealistic students who would use Allah to crush the established Afghan National Army.

Talk of Allah is all well and good, but it had to be backed up with battlefield troops who could blend in, wear rags, and actually take objectives. They’d need to be supported by distant artillery, who nobody would see, rotors and even jets to provide close air support. There would be talk among the peasants who attached themselves to the jihad, firing in the air more than at the enemy, that the aircraft came from heaven, but they launched from Paki air bases… Pakistan has a strong national army and so long as the people who the locals saw were these students, the jihad had a strong possibility of being credible.

Success breeds more success and in 1994, the Paki-Afghan jihad/holy army took the southern Afghan city of Kandahar, promising to restore order and bring greater security. They quickly imposed their harsh interpretation of Islam on the territory they control. What could be more secure than punishing women for slight infractions? Every good Muslim man knows that they’re whores, enticing men – jezebels.

A Taliban fighter guards a road southeast of Kabul in 1995.

There was a lot of local support for stronger and more devout adherence to their brand of Islam.

Despite what you might have expected, the Afghan National Army under Massoud was very effective. Sometimes the Taliban enjoyed success, sometimes the Tajik-led army won.

At the same time that the National Army is facing the Taliban/Pakistani Army in the south,  Abdul Rashid Dostum an Uzbek communist, former Marshal in the Afghan National Army, and founder and leader of the political party Junbish-e Milli decided that the time was right to attack from the north to establish his own kingdom in Kabul.

At this time, Dostum led the Afghan Sixth Corps, located in the northern stronghold of Mazar-i-Sharif, where he ruled, in effect, an independent region (or ‘proto-state’), often referred to as the Northern Autonomous Zone (later the Northern Alliance). He printed his own Afghan currency, ran a small airline named Balkh Air, and formed relations with countries like Uzbekistan effectively creating his own nation with an army of up to 40,000 men, with tanks and money supplied by Uzbekistan and Russia. While the rest of the country was in chaos, his region remained prosperous and functional, and it won him support from people of all ethnic groups. Many people fled to his territory to escape the violence and fundamentalism imposed by the Taliban later on. In 1994, Dostum allied himself with Gulbuddin Hekmatyar against the government of Burhanuddin Rabbani and Ahmad Shah Massoud, but in 1995 sided with the government again

Gulbuddin Hekmatyar is one of the more contemptible people in this drama, changing sides, manipulating chaos and at heart, he was a devout Communist, on everyone’s payroll.

In May 1996, Osama bin Laden arrived as a representative of bin Laden Construction company, co-sponsored by the Red Crescent Society (Islamic Red Cross). The bin Laden family didn’t know what to do with him, OBL had been expelled from Sudan. This was his big chance to redeem himself. You likely know the story, that he was an even purer jihadi with his Wahhabist faith impelling him forward. He made friends while the construction company spent big money, making roads,  he preached, but was not engaged in the fight for Kabul. OBL talked a good game, but he wasn’t a warrior. The closest he came to that was firing his AK-47 in the air in symbolic support for the troops. In 1996 at the gates of Kabul, the Taliban arrived to see the Iranian Shiites besieging the city. The Iranians found themselves to be the meat in the sandwich. The Taliban offered a parlay with their leadership, handcuffed them, loaded them into Pakistani helicopters (marked as Taliban), flew them over their own troops, and pushed them out. Their prayers did not overcome gravity.

There was no love for Iran or their Shiite sect/faith among the Paki-Taliban. Once the Iranians surrendered they were all executed and the Taliban took their place in the siege, with Pakistani artillery shelling the city.

The Taliban took Kabul. They captured Najibullah, the former president, from the U.N. compound, killed him and hung his body from a lamppost. The Tajik government (including Massoud) fled north into the Valley of Five Lions.

OBL established his headquarters at Khost, and the Taliban welcomed him as a holy man who brought BIG Saudi cash to buy his way in. 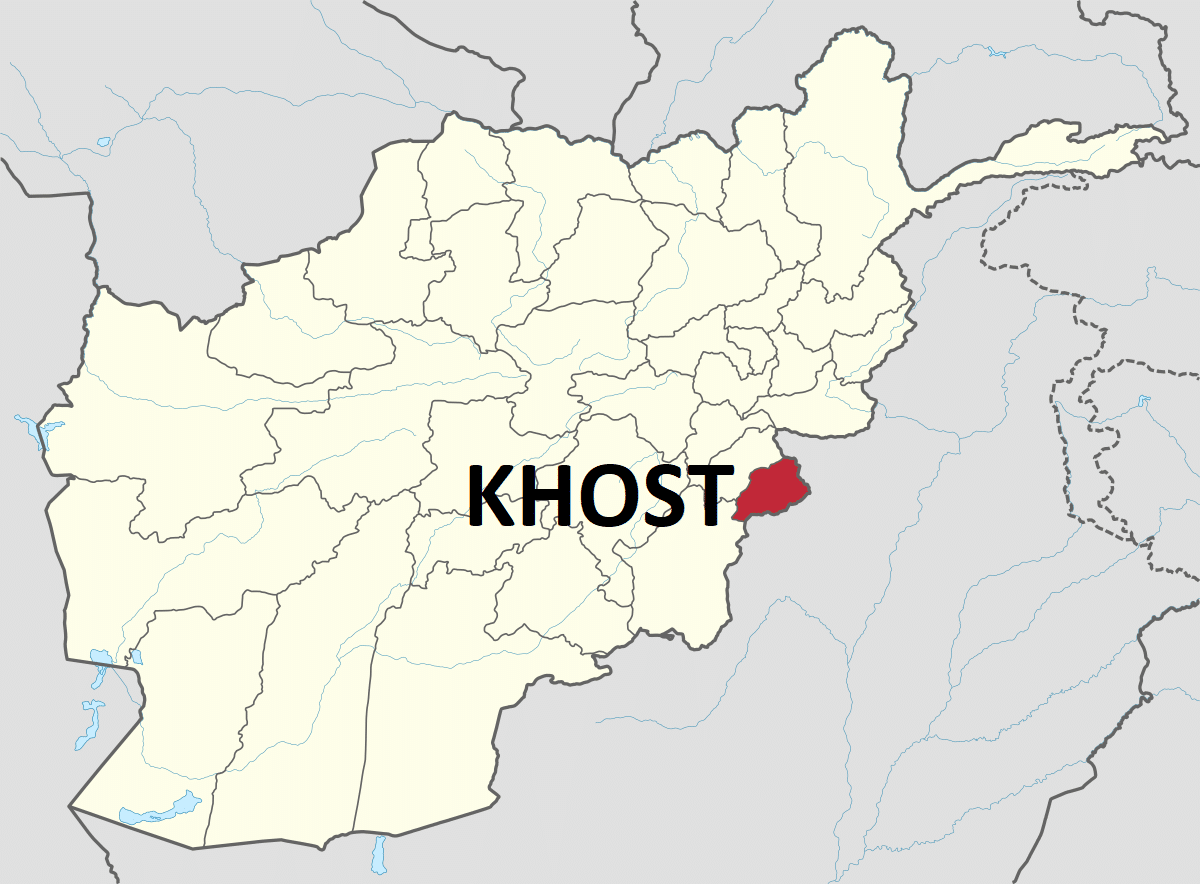 In August 1998, the U.S. launched cruise missile strikes on Khost, Afghanistan, in retaliation for al-Qaida attacks on U.S. embassies in Kenya and Tanzania.

(above) To show they’re not whores, the Afghan women wear burqas in Kabul, and go out with make relatives.

In December 1999, an Indian Airlines passenger jet, bound from Kathmandu to New Delhi, was hijacked to Kandahar. The Taliban served as mediators between the hijackers and Indian authorities, who decide to free three terrorists from Indian prisons and hand them over to the hijackers in exchange for the passengers’ safety.

That brings us to September 11, 2001, Ahmad Shah Massoud was assassinated.  After al-Qaida’s Sept. 11 attacks in New York City and Washington, the U.S. demanded that the Taliban hand over bin Laden. They refused. The money kept flowing and the Afghans stayed bought.

There were no Afghan hijackers flying aircraft into the towers or the Pentagon or on Flight 93, but we couldn’t very well take it out on our Saudi allies, could we? So the US packaged a quick invasion of Afghanistan on October 7, 2001 planned and executed by the CIA, supported by US Army Special Forces, and US Air Force B-52’s dropping precision laser-guided bombs.

The US bought the help of the Northern Alliance and with the help of Special Forces and CIA Special Activities Division, the US led force entered Kabul on Nov. 13. They didn’t hold out very long at all.

The Taliban fled south and their government was overthrown. In December, Hamid Karzai (an American puppet) was named interim president after Afghan groups signed the Bonn Agreement on an interim government. Under that agreement, some warlords were named provincial governors, military commanders and cabinet ministers, as were members of the Northern Alliance. The NATO-led International Security Assistance Force was established under a U.N. mandate.

You know the rest. Big Army was brought in to “nation-build” and continue the war as beltway bandits made massive fortunes on the war for the next eighteen years. Then a walking corpse and a whore (and staff) bungled the evacuation and surrender with big help from morons in the Pentagon.