The Early Taliban – Part One –

Based on your request – we’ll ride the way-back machine.

The Soviet Union invaded Afghanistan on Christmas Eve, Dec 24, 1979, and left on Feb 15, 1989, A little over nine years later. If you read revisionist history,  the Soviet Russians were opposed by “Shi’ite and Maoist groups”. I’m not saying that it’s a total fabrication but at least 99% of the resistance came from a blend of Pashtun and Tajik guerillas, who would kill the Shi’ites if they found them – more on. that later.

Modern armies require overhead assets to move in guerilla wars. It’s a fact, no matter who we’re talking about because guerillas select the time and place of attack and if odds are not favorable, they rarely engage. I’m not going to comment on Congressman Charlie Wilson’s War, because it’s not totally germane to our discussion. Suffice to say that the US-trained and armed selected groups of Mujahaddin to operate man-portable air-defense systems which grounded the Soviet air assets that they used to protect armor and infantry moving on the ground.

The clandestine US response was echoed by Pakistan and led by General Muhammad Zia-ul-Haq, a four-star general who became the sixth President of Pakistan who served as the head of state from 1978 until his assassination in a plane (C-130) crash that resulted from a bomb detonation on August 17, 1988. The (classified USAF report ruled out mechanical failure and the debris field was extensive). Other high-profile civilian and military personnel also died in the crash including the Pakistani General Chief-of-Staff,   Akhtar Abdur Rehman, the United States Ambassador to Pakistan, Arnold Lewis Raphel, the US military attaché. to the Embassy in Islamabad, Brigadier General Herbert M. Wassom, the Pakistani flight crew, and two CIA case officers whose stars hang in the rotunda in Headquarters, but were not named publically.

The death of President Zia was quietly attributed to the Pakistani Inter-Service Intelligence Agency (ISI). Zia was pro-American and he was in the way. Elements in the US government tacitly. agreed (allegedly) that he was in the way all the way up to US SECSTATE. Make of that what you will. You can’t make an omelet without breaking a few eggs.

Another man who was in the way,  Ahmad Shah Massoud, was assassinated by a film crew on September 9, 2001. If you work out the International Dateline, and the timetable, it took place shortly before the attack on the World Trade Center and Pentagon on September 11.  Massoud was an ethnic Tajik, Afghan Defense Minister and son-in-law of Afghan President Burhānuddīn Rabbānī (also a Tajik). He was assassinated by a suicide bomber who swept past security into his house in December 2001.  We’re going to talk about Massoud and Rabbani later, but I wanted to identify them for you at this point. At that time in history, Afghan leaders were being rubbed out with more prejudice than even the Clintons could muster.

By the Summer of 1989, the Afghan central government (such as it was) started pulling things together slowly.

Once the Soviet Union retreated from Afghanistan,  the US dropped all interest in the place and left our allies hanging out to dry. Ahmad Shah Massoud, a legendary Mujahaddin fighter (still a legend to this day). was instrumental in bringing things together in war-torn Afghanistan. He remained pro-US even though everyone who worked with him had been assigned elsewhere. The CIA’s Afghan Desk was merged with the Pakistani desk and the greenhorn, fresh off the Farm was assigned to fetch coffee for the officer on the Pakistan desk.

Circa 1990, there were three Afghan ‘experts’ in the US intelligence community who handled what little they could as collateral duties – as they had time. They didn’t work jointly. One officer shopped a lot on Company time and wore the latest fashions, being disregarded by Afghans because of her gender. One set up an internet chat room under the guise of The Great Game and interviewed (rich) Afghan students attending university in the US and UK to acquire the rumors from ‘home’.  One successfully courted the very attractive daughter (above left) of a corrupt Afghan general who lived in the USA while assigned to the Agency’s defector program. (He died in 2005 during the war on terror.)

The Soviets left and essentially all interest left with them. Massoud reached out to his former American friends and while they were sympathetic, there wasn’t much that could be done.

Meanwhile, Pakistan faced a humanitarian crisis in their Northwest Frontier Province (since renamed because it sounded too English) and in the tribal areas that bordered Pakistan. 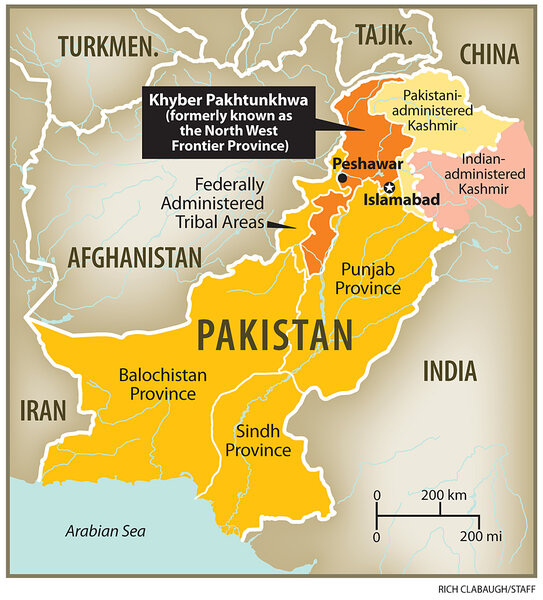 At least six million Pathans fled Afghanistan because of the war with Soviet Russia and later because when the Russians left, the Tajiks took control of the government in Kabul. They showed no signs of going home.

The Russians left Afghanistan in February 1989. On November 9, 1989, as the Cold War began to thaw across Eastern Europe, the spokesman for East Berlin’s Communist Party announced a change in his city’s relations with the West. Starting at midnight that day, he said, citizens of the GDR were free to cross the country’s borders. The Berlin Wall fell, and the US had no focus on Afghanistan.

It’s 1992-3, and President William J. (Slick Willy) Clinton is president at this point, and the focus on Afghanistan couldn’t be more distant.

The refugee situation is completely out of control as people flood. from unstable Afghanistan.

The US told Pakistan that the six million Pathans who had been displaced were their problem. Pakistani ISI took that to heart.

WASHINGTON, Sept 12 (Reuters) – U.S.-trained Afghan pilots and other personnel held in an Uzbek camp for about a month began leaving the country on Sunday, one of the pilots told Reuters, under a U.S. deal that came despite Taliban demands for the return of the Afghans and their aircraft.

The first group is at least initially heading to the United Arab Emirates, the pilot said, speaking on condition of anonymity. The transfer was expected to take place in several waves, starting on Sunday and ending in the next day or so.

Reuters was first to report that the pilots have started departing Uzbekistan. The U.S. State Department and Uzbekistan’s mission to the United Nations in New York did not immediately respond to a request for comment.

Reuters previously disclosed tension at the Uzbek camp, with the pilots fearing being sent back to Afghanistan and killed by the Taliban. The Taliban have said they will not carry out reprisals after taking control of the country in August. (would you like to buy a bridge?)

It was not immediately clear what would happen to the 46 aircraft, including A-29 light attack planes and UH-60 Black Hawk helicopters, that the pilots flew to neighboring Uzbekistan as ground forces collapsed and the Taliban swept to power.

Current and former U.S. officials have told Reuters that the Taliban pressured Uzbekistan to hand over the aircraft and personnel.

John Herbst, a former U.S. ambassador to Uzbekistan, applauded the U.S. evacuation effort, saying the United States owed it to the Afghan pilots.

“I hope we have plans underway to make sure the aircraft they got out, get back to the United States, and certainly do not return to the Taliban,” he said.

The Taliban did not respond to a request for comment on the Uzbek situation. The group seized aircraft including helicopters and drones as Afghan forces melted away last month, and it has called for the return for the aircraft flown out of the country before its fighters seized power in Kabul.

Afghanistan’s new rulers have said they will invite former military personnel to join the country’s revamped security forces and that they will come to no harm.

That offer rings hollow to Afghan pilots who spoke with Reuters. Even before the Taliban takeover, the U.S.-trained, English-speaking pilots had become their prime targets. Taliban fighters tracked them down and assassinated some pilots.

At the Uzbek camp, near the city of Termez, pilots had described feeling like prisoners, with highly restricted movement, and insufficient food and medicine.