Sunday Sermonette (are you doing your part?) 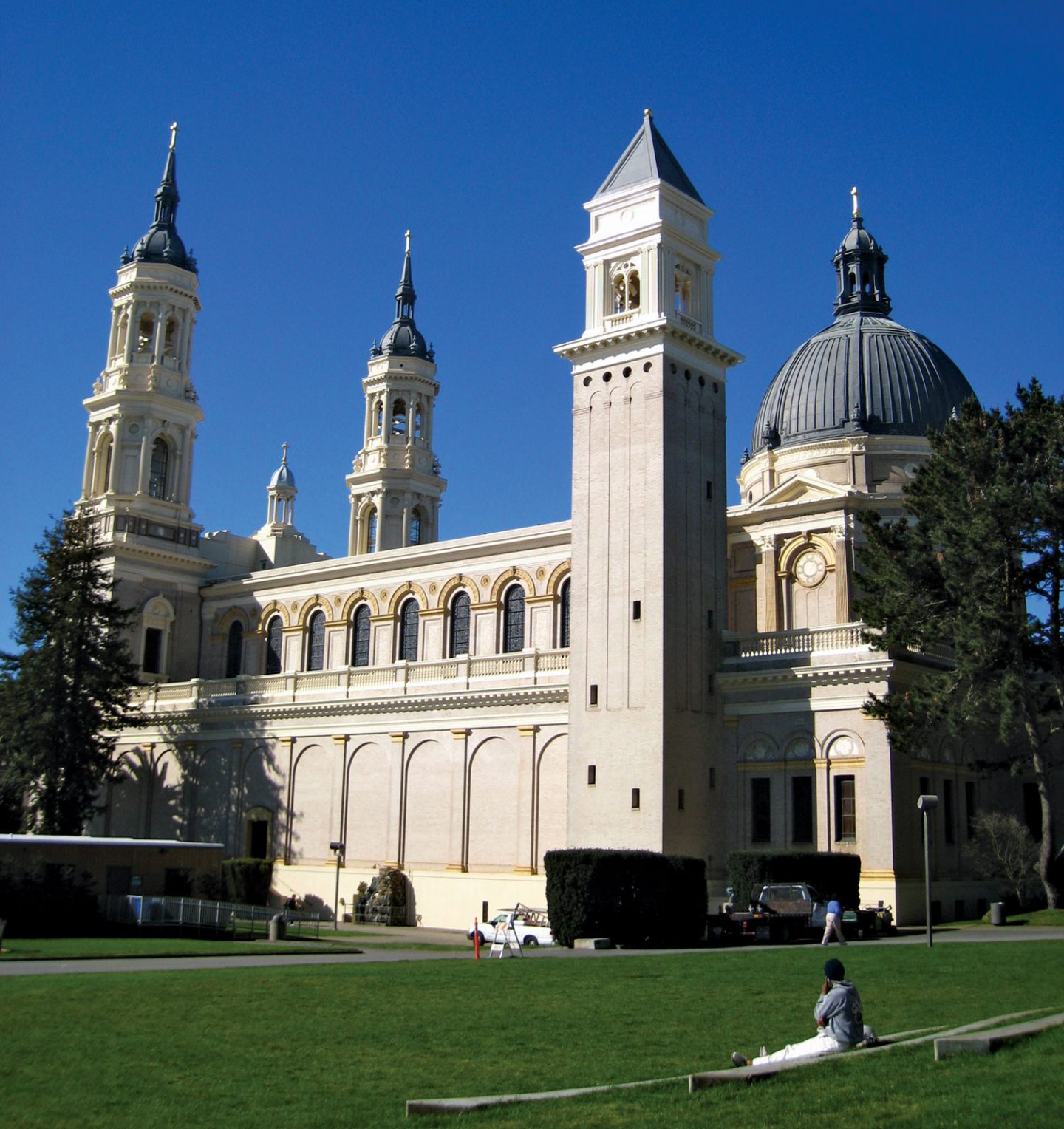 The Zapatistas, Vincente Fox (a memior) 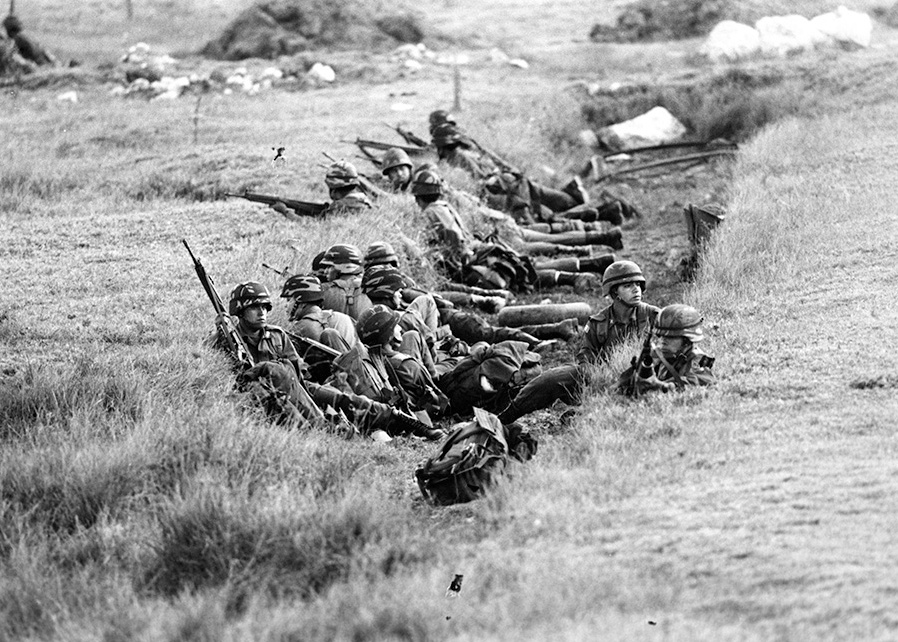 (above) Mexican soldiers in a ditch during the 1994 Zapatista Uprising in Chiapas, January 1994.

The Zapatista uprising in Chiapas is something that I was close to, from the standpoint of US interests. Many of the guns that made their way to the rebels – that made the rebellion possible came through the Catholic Church, Jesuit Order, operating out of the University of San Francisco (San Francisco, California). The request to follow the smuggling to its source came from Centro de Investigación y Seguridad Nacional (Center for Investigation and National Security), commonly known as CISEN, now called CNI. The Deputy Director of CISEN at the time, Admiral Wilfrido Robledo, was and remains a personal friend.

Unlike the cartels of today, the Zapatistas didn’t have access to essentially unlimited supplies of arms and ammunition from the Communist Party of China & Norinco.

The combined efforts of the Jesuits in San Francisco and of the Catholic Diocese of San Cristóbal de Las Casas managed smuggling routes for firearms and ammunition from the US to the Mexican State of Chiapas. I don’t know how much good I did beyond finding and documenting what happened and was happening. Some of the shipments were seized by SEMAR (Mexican Marines). The communists who are embedded in the US media aided the propaganda campaign in Mexico. As usual, the leadership of the movement, charismatic in its nature, resembled the Seattle enclave variously called Chop or Chad. At least they did to me.

Fast forward to 2002, then newly elected Mexican President Vincente Fox, had a meeting and signed a peace agreement with the Zapatistas in Santa Ana, California in my office/conference room. The agreement didn’t hold. Fox brought his mistress, Jacqueline Bracamontes – Miss Mexico 2001 – to the meeting with him and I must admit that she was easy on the eyes.

I always wondered and still wonder whether the peace agreement was serious on Vincente Fox’s part, or whether it was an excuse to have a vacation with Jacqueline for a couple of weeks, far from the eyes of his wife, Marta Sahagún. Marta and her children served as bag men for Fox and many assert that they were the real power in Mexico during Fox’s six-year term as president.

There is a reality to politics that is rarely clean.

Don’t get me started on my experiences, stumbling into Jesuit clandestine political work in Vietnam in the Communist era. Maybe blogging for another day?

Currently, a bill with 196 Democratic co-sponsors (and 3 Republicans) is before Congress, which would begin to build the legal and bureaucratic architecture for an interagency domestic terrorism response unit within the Department of Justice, the FBI, and the Department of Homeland Security. The legislation is explicitly a response to the Capitol Riot (during which the Capitol Police invited protesters into the Capitol) and is pointed particularly at “White supremacist” and “neo-Nazi” groups, which are extended to anyone who criticizes the federal government’s policies.

The PATRIOT Act was also purported to target only the most hateful, murderous people in the world — Islamic terrorists — before it metastasized into a massive surveillance state infrastructure that spied on literally every single American with an internet connection.

Multi-national corporations are eager to co-opt the progressive rhetoric du jour, whether to sell sneakers or to protect themselves against workplace discrimination lawsuits. And the FBI has been more than willing to investigate activists engaged in non-violent activities as terrorists under the 2006 Animal Enterprise Terrorism Act. A new domestic federal law enforcement bureaucracy dedicated to surveilling and investigating anyone the government claims to suspect is a “terrorist” would be a bonanza to industries facing concerted activist pressure, whether animal agriculture or fossil fuels or a company in any industry facing a unionization drive. What possible reason is there to believe that corporations won’t lobby the Biden administration and future administrations to use their new powers to ensnare activists who campaign against them, all in the name of ridding the country of violent political extremists and “insurrectionists”?

Beginning with the sunset today, Sunday, May 16, Jews throughout the world will start to observe Shavuot. Shavuot commemorates the day when God gave the newly freed Hebrew slaves the Torah and what is popularly known as the Ten Commandments. Jews eat dairy-related food during this observance, so you can have a grilled cheese sandwich, but not a paddy-melt. 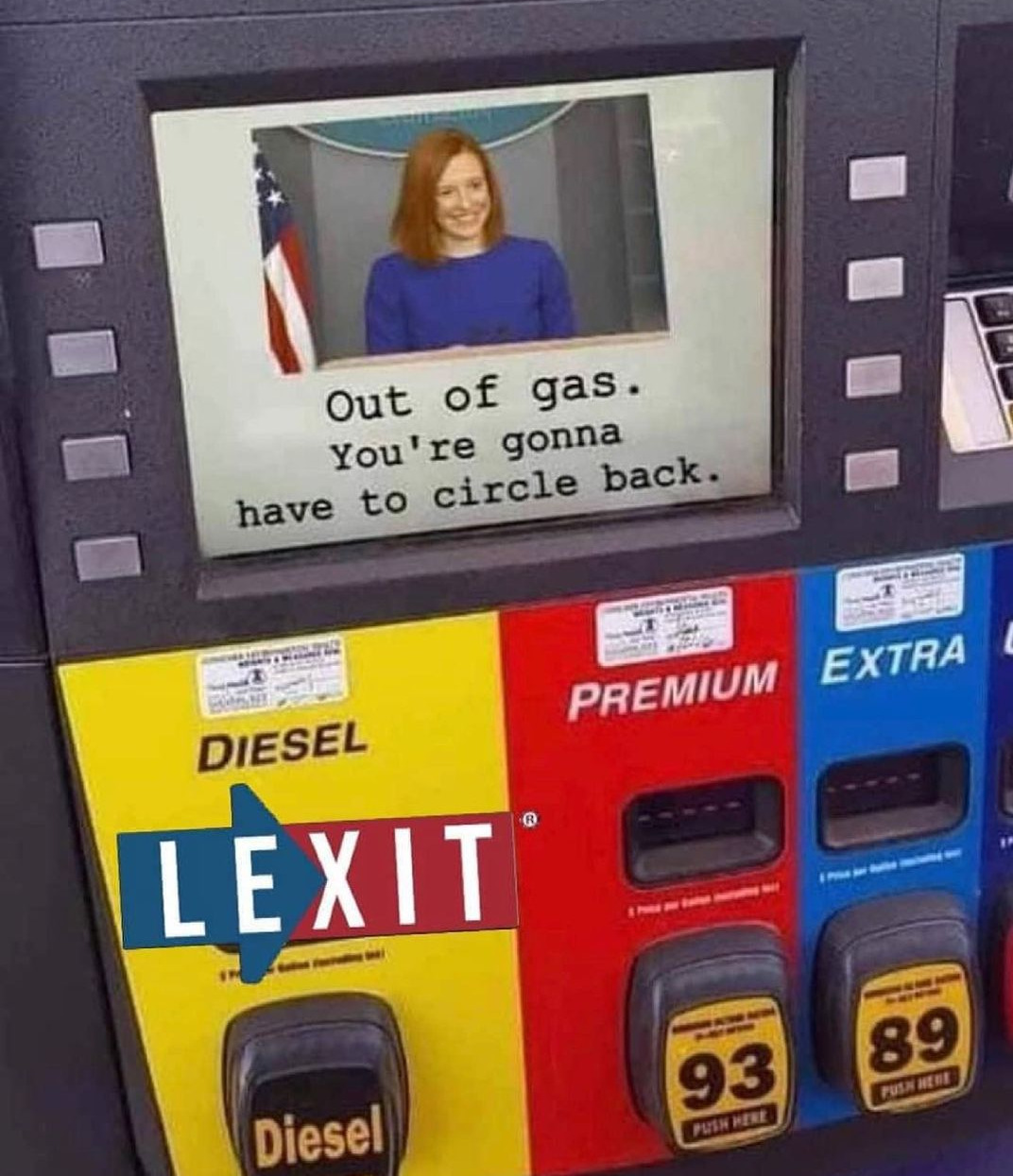 In the era of Jo/Ho, I always wonder whether these crisis points that pop up are manufactured by elements in the US to distract from skulduggery in the Executive Branch, or if they are covert activities to encourage the Green New Deal types to buy plug-in cars? 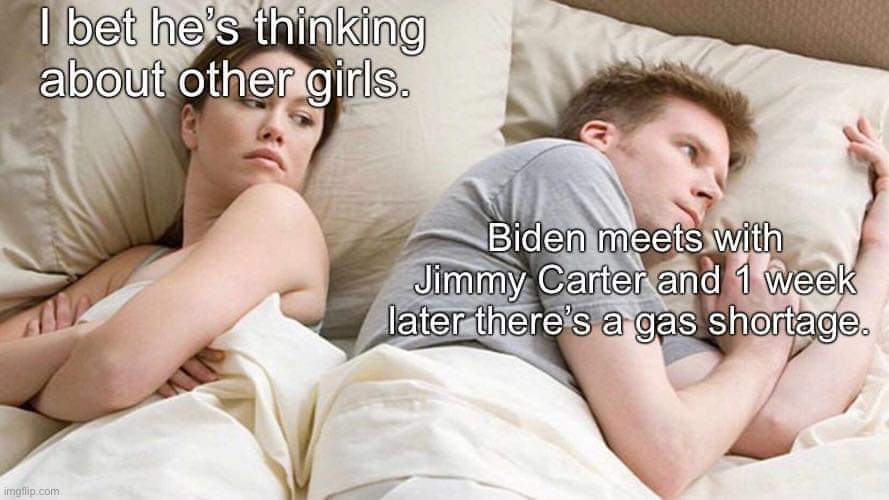 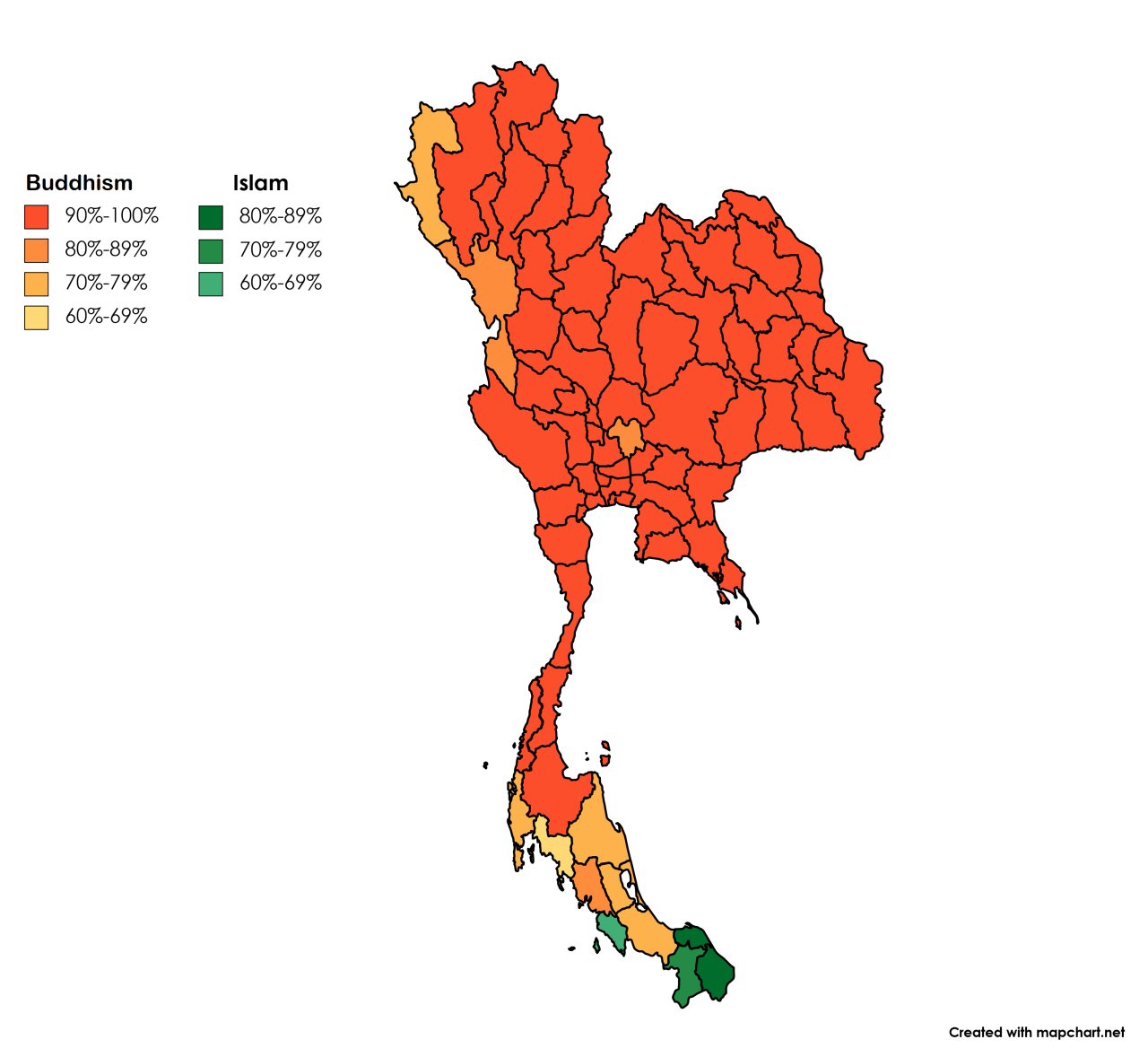 Multiply and Replenish the Earth

It was the first commandment given to Adam & Eve in the Garden, so one might expect that it’s an important one. Zero Hedge has ominous news on this front. My friend Claudio (in Italy) and I have been discussing this backchannel. It is bad news for the US and worse news for Italy.

I have four daughters and nine grandchildren (so far), so I might have done my part on the population front, but the trend is not encouraging. In the US, there was a tendency for people to allow Catholics and Mormons to do the heavy lifting where large families are concerned and both of those religious demographics are letting us down too.

Countries such as Japan may not exist in 100 years if the population trends continue. There will still be people on the Island, but the question of how many of them will be Japanese remains to be seen. France and Germany are in the same boat, with their ranks refreshed by Muslims from Africa and the Middle East, who maintain seriously high birthrates.

In Russia, the government pays people to have children – including single mothers. An allotment to single mothers who have children pays them an income to stay home and raise children. It’s their job. The Russian people (now Orthodox Christian nation) looked down the road and didn’t like what they saw.

Red China is encouraging their population to have children because even they are worried at the present trend. Who would have thought – China… yes, even China.

The impact of the plague on marriages, on childbirth, and on society as a whole is depressing, as the ZeroHedge article points out. I saw a piece on Fox News where progressives are cautioning people to wear a mask while having sexual intercourse, and not to face each other.  What is WRONG with people? The insanity is overwhelming.

Get out there and do your part.