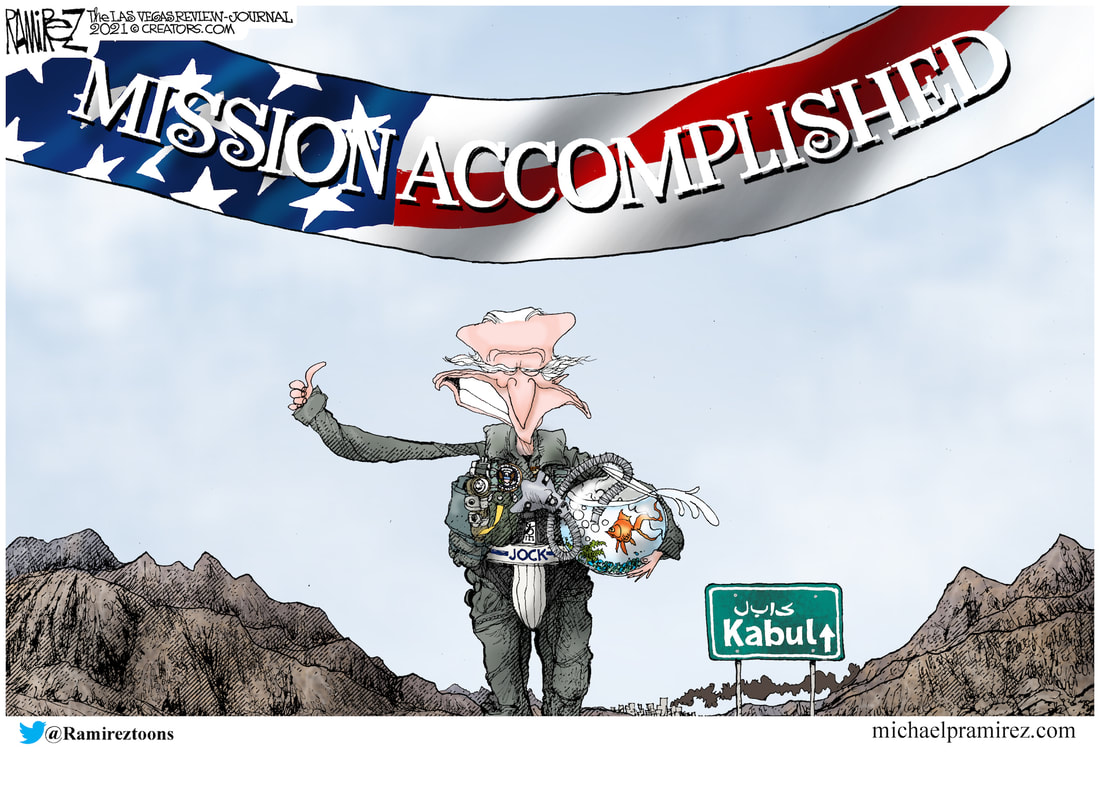 CNN and MSNBC have been busy spinning the debacle in Afghanistan. It turns out if you listen to them that instead of a creepy,  senile old man, Joe is a virile 20-year-old with a 200 IQ. Who could have guessed? 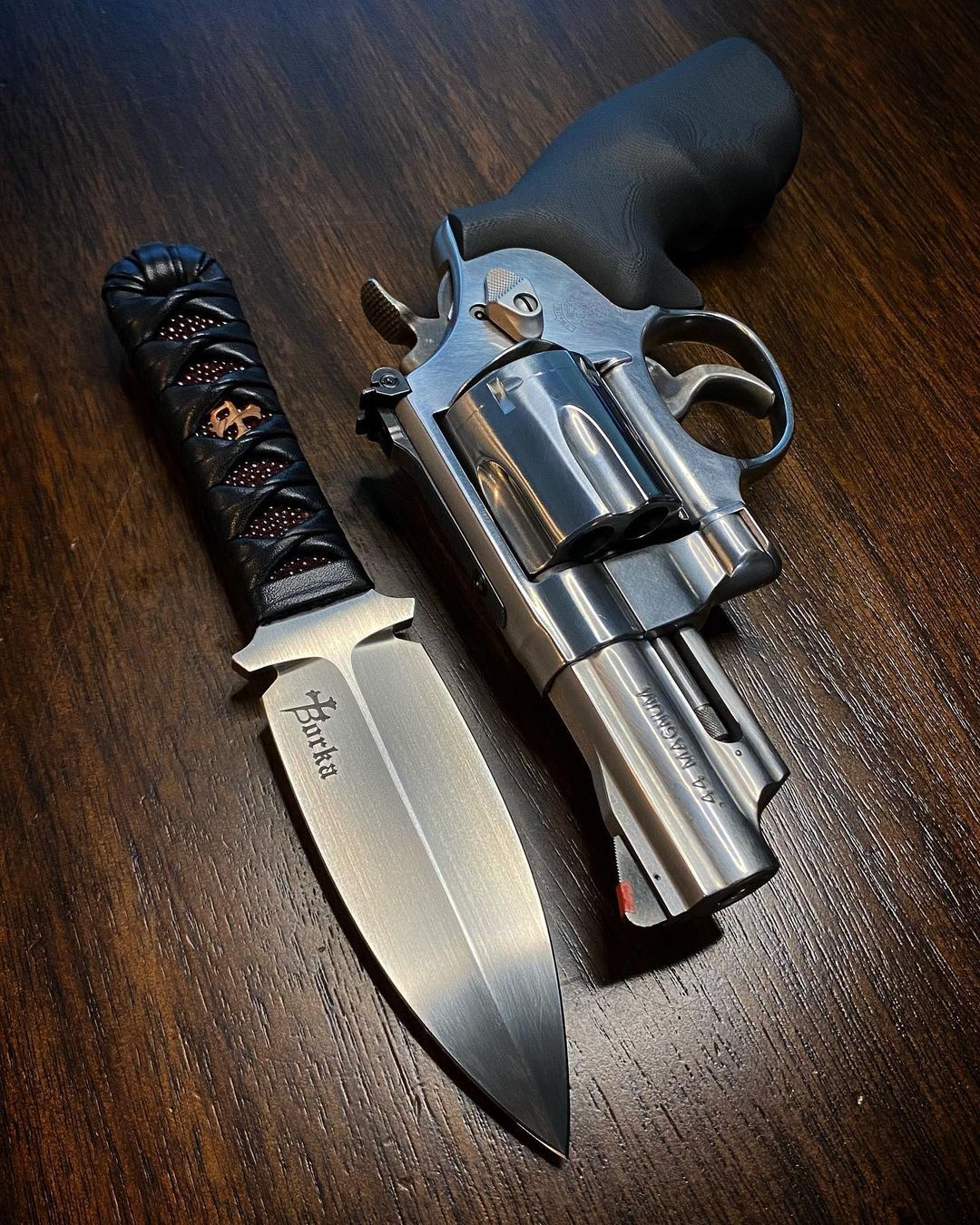 My Constitutional Carry is usually a Ruger Super Alaskan Redhawk in .454. Cassul, but I also shoot .44 magnum. Who only owns one screwdriver?

How do you explain leftism?

How do you explain the astonishing indifference, and hostility to facts, common sense, and evidence expressed by liberals and the American left; how do you explain their high self-esteem (or, to be blunt, their pathological narcissism) combined not merely with an utter lack of accomplishment, but with their utter devotion to destructiveness, a yearning to ruin everything they touch; how do you explain their sanctimoniousness combined with their applause, praise, support, and tireless efforts to spread all perversions (especially sexual), moral decay, vulgarity, and every form of desecration; how can you possibly explain their pretense of intellectual superiority combined with their notorious mental fecklessness;  how do you explain both their violence and their pacifism; you must explain why they hate the very things they should love most;  lastly, explain why they are incapable of comprehending an honest disagreement or any honorable foe.

Why are the Rich and the secular Jews, who are routinely vilified by the Left, its most ardent supporters?

The theory embraced by the left holds that all we know is irredeemably distorted by our racial make-up, history, class interests, and psychological shortcomings; hence all knowledge is merely bigotry in disguise. To make a judgment between virtue and vice is vile bigotry in disguise, and to make a judgment that one society is better than another is vile racism in disguise. And bigotry or racism is a hate crime. Discrimination is a hate crime.

If you say that chastity leads to a happy marriage as a cause leads to effect, the Modern Liberal will stare at you blankly. If you say paying unwed mothers to have bastards discourages wedlock, they will call you a racist. They think that to come to an unflattering judgment about any other man or race of men is not just rash and rude, they think it is evil, a type of bigotry, a hate crime.

They have taken a whole area of human thought, namely, everything embraced in ethics, politics, morals, economics, and history, and declared it all sacred, off-limits, and forbidden to be thought about.

They have defined reasoning as a hate crime.

By definition, you cannot indulge in self-deception without being at once a deceiver and a victim of deception. Both the humiliation of being a chump and the guilt of being a con-man boils in the back of the mind.

Only one emotion is potent enough to smother this humiliation and guilt: pride. Humiliation and guilt lower self-esteem. Only pride raises it. The only source of pride immune from facts in the world is spiritual pride, the arrogance of a Pharisee who sneers at all other men as smaller than himself, because and only because of his greater holiness, his lofty moral code, his spiritual greatness.

In short, because Leftism is the theory that truth is impossible, and reason is a hate crime, it requires self-deception. Because self-deception provokes guilt and humiliation, the self-esteem of the Leftist is continually uncertain. Because it is uncertain, it must be uplifted. The only emotion loud and broad enough to smother the powerful emotions of guilt and humiliation is the uplift of sanctimonious pride, pride in one’s own perfect righteousness.

If they were truly motivated by a true desire to help the poor, they would look at facts and evidence, see what actually helped the poor and what actually harmed them, and they would select the helpful and avoid the harmful.

But instead what happens is that, since they live in a world without cause and effect, they are unwilling and unable to make any judgment about what actually harms and actually helps. Making such a judgment, remember, in their minds is bigotry, the one sin to be avoided at all costs.

Hence, they can only judge by good intentions. Results do not matter.

At this point, you may be wondering why, if they only judge by intentions and not by results, the Liberals are not sometimes helpful to those they wish to help? Surely raising the minimum wage sometimes produces a rise in real wages instead of producing more unemployment? At least once? Surely sometimes putting honey and water in the gas tank instead of gasoline will create good gas mileage? At least once? Surely sometimes, by accident, they get it right? Even a stopped clock is right at least twice a day.

So the fact that they judge by intentions and not by results is not a satisfactory explanation. Why are they predictably, inevitably, and always wrong?

Try to put yourself, fellow bloggers, into the shoes of these moral retards. In a world where there is no such thing as better and worse, wise and foolish, virtue and vice, efficient and inefficient, logically there can be no such thing as success and failure.

Life is a spinning roulette wheel. Now you watch the wheel spin: and the number for the White races of Europe comes up not once or twice, but over and over and over again. After the Europeans win the game the first time, that might be a random chance. After they win twenty-five centuries in a row, that seems crooked. If they win every game between the Peloponnesian War and the Cold War, that is clearly a plot.

Hence the Leftists must punish success.

This means not just monetary success but imponderable success. The Leftist must not only take money from the rich, he must take fame from the famous and glory from the glorious. Just as he must give money to the poor out of restitution for the crooked roulette wheel of life, so too he must give fame to the infamous and glory to the shameful. There you go, George Floyd.

All behaviors, no matter how obviously disgusting and wrongheaded and warped, no matter how unsuccessful by any measure, from the ancient Hindu practice of widow-burning to the modern Palestinian practice of suicide bombing, by this perverse Leftist logic must be granted honor and glory precisely because they are dishonorable.

Any behavior, from single motherhood to drunkenness to drug addiction, must be excused or even applauded, and can never be blamed for causing poverty. By definition, poverty is caused by the crookedness of life’s roulette wheel.

Not once or twice or some random percent of the time, but in every case and in one hundred percent of the time, driven by the inexorable logic of their theory, the Left must reward and laud the destructive and self-destructive behaviors of the vice-ridden and barbaric and backward men within the nation, and the vice-ridden and barbaric and backward nations in the world.

The Leftist adopts his theory of multicultural morally-relativistic agnosticism toward good and evil out of an overweening sense of compassion; he must indulge in self-deception to maintain this deliberate and perpetual blindness; his conscience must vex him. Such is the cost of believing life is random chance, without logic. Guilt is the emotion that judges oneself to be immoral or unworthy. Sanctimony is the emotion that judges oneself to be moral and worthy. The only emotion that hides and evades the guilt of the guilt-haunted is the sanctimony of the Pharisee. The sanctimony is neurotic because it is based on a rejection of reality. It is a deliberately false façade of a mind attempting to cheat itself.