It’s time for the Sunday Supplemental, an adjunct to your sermonette earlier in the day, said by many to be slightly more interesting than Coca-Cola’s diversity training on a 12-hour loop.

You will be relieved to know that the long-winded sermonette today will not cover cis-male privilege, heteronormative patriarchy, and microaggressive mansplaining. You’re going to need to go to CNN or MSNBC if you want that.

VATICAN CITY (Reuters) – After more than five centuries protecting popes, the Swiss Guard may consider opening the ranks of the world’s smallest army to women, its commander said Tuesday. 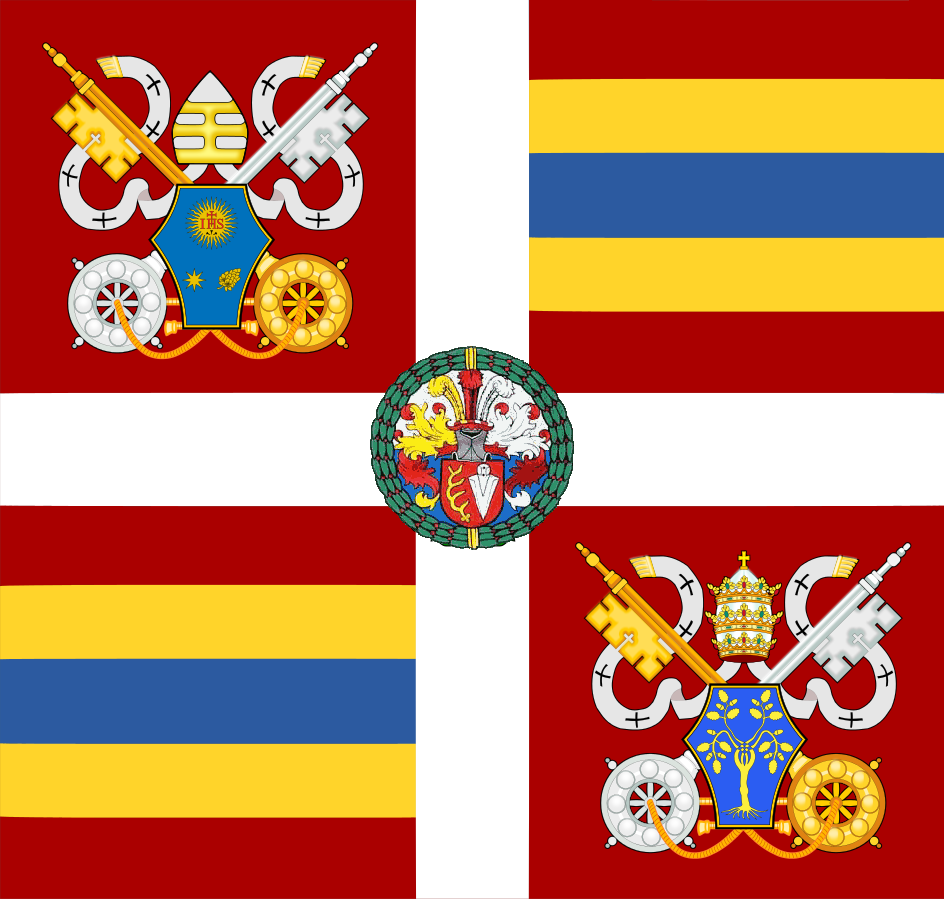 494 years ago this month, in 1527, the city of Rome was ransacked by a rogue army from the Holy Roman Empire. The Vatican’s Swiss Guard made a last stand to save the Pope.

Emperor Charles V of the Holy Roman Empire was the most powerful man in the entire world during the 16th century. He ruled Spain, The Netherlands, and several German states. His strongest rival, the King of France, was captured in battle. He checked Muslim/Ottoman gains across the Mediterranean Sea. All while his conquistadors were bringing him ships full of gold and silver from The New World.

Pope Clement VII, concerned over the Italian defeats and rise of Habsburg hegemony, entered the League of Cognac—with France, Venice, Florence, and Milan—to oppose the emperor’s ambitions and drive him out of Italy. Charles V sent an army into Italy to oppose this League, but other duties distracted him and he was unable to pay the mustered troops. The unpaid soldiers became mutinous and forced their leaders to pay by marching on Rome.

Rome was lightly guarded by a few thousand civilian militia that held the city walls. Early in the morning on May 6th, the Habsburg army attacked the walls of Rome but were repulsed and their top commander Charles III, Duke of Bourbon was killed. Normally the loss of an enemy commander is a fortunate event, but this was not the case for the defenders of Rome. The Duke of Bourbon was the only capable leader of the attackers preventing them from being a violent horde of looters, and now the besieging army had no effective leadership to restrain them and their bloodlust. In another assault, the civilian militia was quickly overwhelmed and fled their posts leaving the Pope’s 189 Swiss mercenaries as the last professional military unit within the entire city.

As the city defenses gave way and Rome was breached, thousands of cheering Habsburg troops marched towards the Vatican. They were ecstatic and about to capture the Pope to become rich. They assumed the entire city of Rome was at their mercy and no one was going to be able to stop them. There were a mere ~180 mercenaries defending the Vatican. And mercenaries don’t stick around in hopeless situations.

For centuries Switzerland provided Europe with high-quality mercenaries. But the loyalty of hired-swords in hopeless situations was always questionable. However, the Papal Swiss Guard took their vows more seriously than ordinary mercenaries.

Pope Clement VII lost his nerve and prayed on his knees in St. Peter’s Basilica believing all was lost. His Swiss Guard quickly reacted to the situation, taking positions, and grabbing the Pope to retreat along a secret avenue to Castel Sant’Angelo, the most formidable fortress in the city. While the Pope was making his escape, the Swiss shot at the first wave of looters with arquebuses and crossbows. As the enraged looters pushed further in, the Swiss drew their halberds and rapiers to hold their positions. 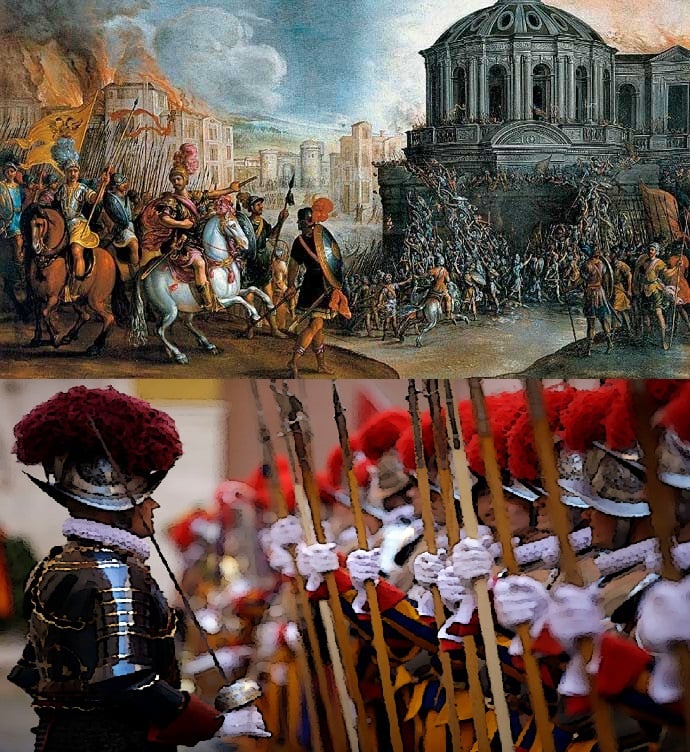 Their success of allowing the Pope to get away only enraged the looters more ensuring the Swiss Guard’s annihilation. As they were pushed back, many of them made their final stand around the steps of St. Peter’s Basilica. After fulfilling his duty to protect the Pope, the Captain of the Swiss Guard, Kaspar Röist made his way home to protect his wife and children, where the enemy was waiting for him. They killed him and they killed his family

The looters of Rome killed 1/5th of the city’s population, including women and children in the first days of the sack. The disgraced Habsburg troops plundered and desecrated valuable Christian relics all throughout the city and continued to occupy it for almost a full year. Pope Clement VII remained held up in Sant’Angelo until December and eventually agree to a ransom that would allow him to quietly escape. The sack of Rome in 1527 ended of the Italian Renaissance.

Every year on May 6th, to honor the heroic sacrifice, the Papal Swiss Guard swears in their new recruits.