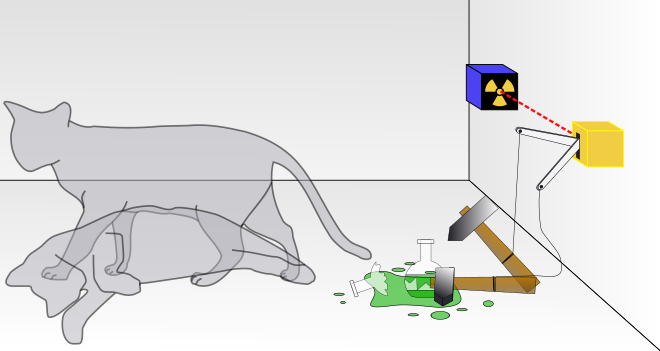 It was mathematics and God. Today it’s Schrödinger’s cat: a cat, a flask of poison, and a radioactive source are placed in a sealed box. If an internal monitor (e.g. Geiger counter) detects radioactivity (i.e. a single atom decaying), the flask is shattered, releasing the poison, which kills the cat. The Copenhagen interpretation of quantum mechanics implies that after a while, the cat is simultaneously alive and dead. Yet, when one looks in the box, one sees the cat either alive or dead, not both alive and dead. This poses the question of when exactly quantum superposition ends and reality resolves into one possibility or the other. 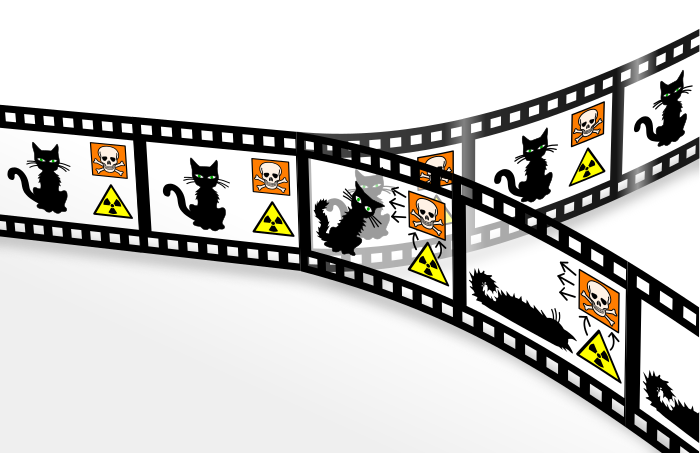 The quantum-mechanical “Schrödinger’s cat” paradox according to the many-worlds interpretation (above). In this interpretation, every event is a branch point. The cat is both alive and dead—regardless of whether the box is opened—but the “alive” and “dead” cats are in different branches of the universe that are equally real but cannot interact with each other.

No, that’s just the mind-bender-o-the-day. I’m not asking you whether or not the cat is alive. Schrödinger died in 1961 and he couldn’t beat the clock. At least we think that he didn’t. We dare not open his coffin… 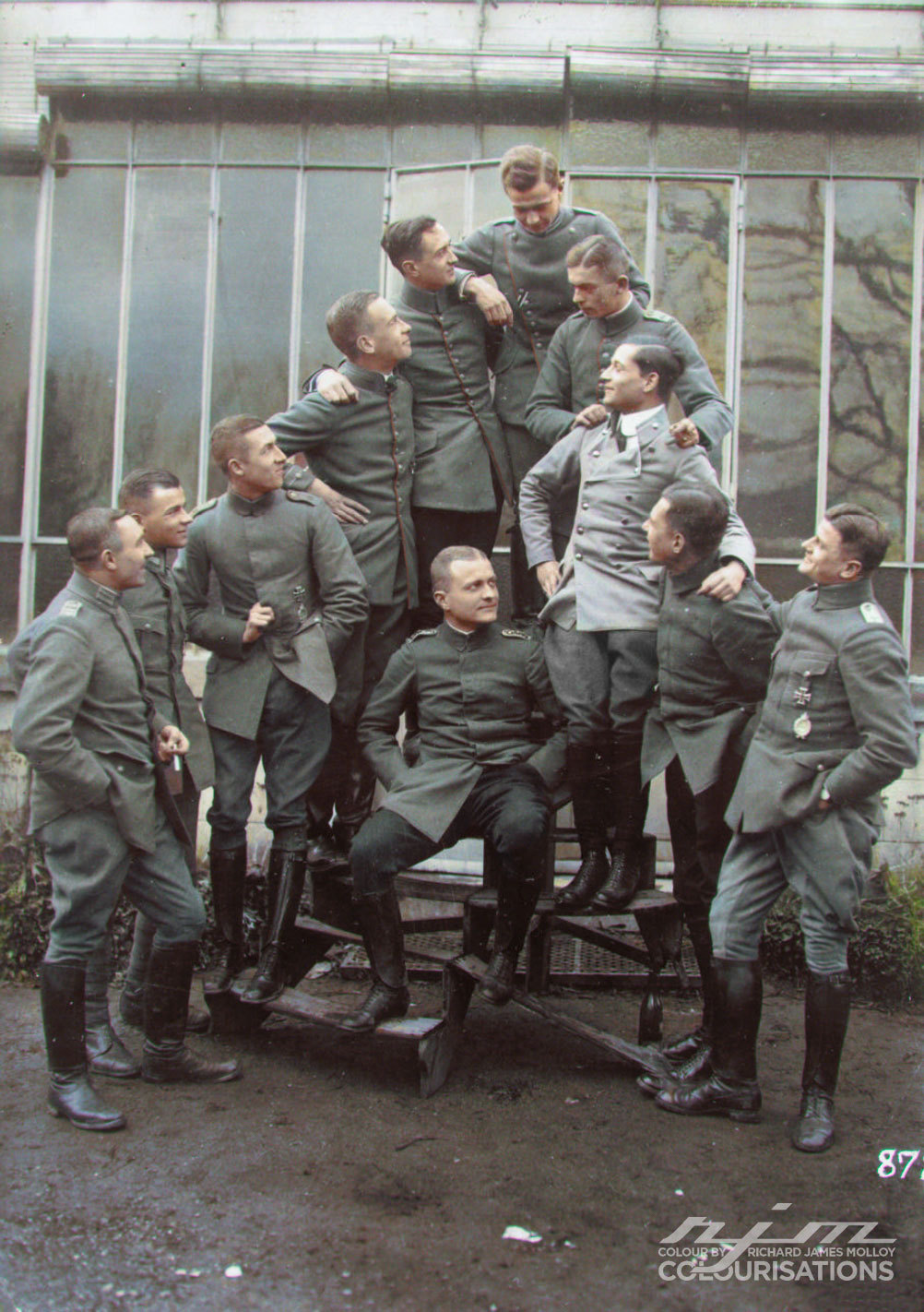 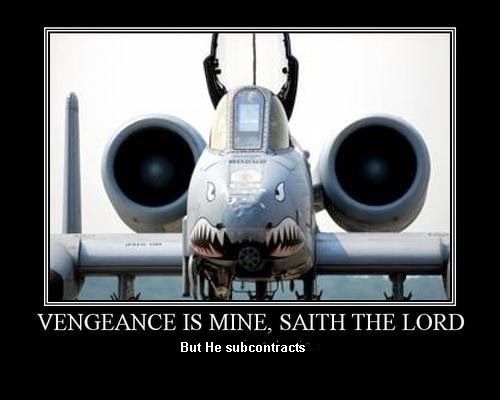 Now for your actual Sermonette

The famous Italian diver Enzo Mallorca dove into the sea of ​​Syracuse and was talking to his daughter Rossana who was aboard the boat. Ready to go in, he felt something slightly hit his back. He turned and saw a dolphin. Then he realized that the dolphin did not want to play but to express something. The animal dove and Enzo followed.

At a depth of about 12 meters, trapped in an abandoned net, there was another dolphin. Enzo quickly asked his daughter to grab the diving knives. Soon, the two of them managed to free the dolphin, which, at the end of the ordeal, emerged, issued an “almost human cry” (describes Enzo). (A dolphin can stay under water for up to 10 minutes, then it drowns.)

The released dolphin was helped to the surface by Enzo, Rosana and the other dolphin. That’s when the surprise came: she was pregnant!

The male circled them, and then stopped in front of Enzo, touched his cheek (like a kiss), in a gesture of gratitude and then they both swam off.

Enzo Mallorca ended his speech by saying: “Until man learns to respect and speak to the animal world, he can never know his true role on Earth.”