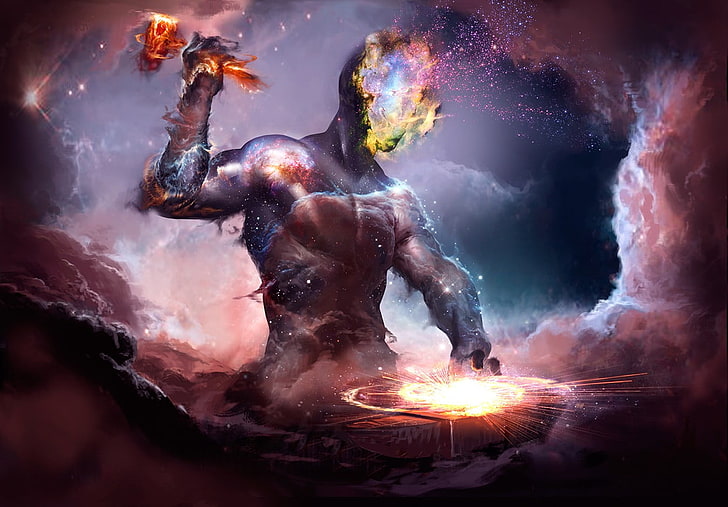 “Place you clothes and weapons where you can find them in the dark.”

When I was operating with the Navy, the official SEAL knife was made by Buck Knives and was constructed of a titanium-beryllium alloy. Nobody liked to carry it because when you sharpened it, and microscopic pieces of metal lodged under your skin, they produced tumors. There was also a steel knife made by Buck for the Navy that looked like a First Blood knock off, but because steel has a magnetic signature (bad for mine warfare), and tended to rust in a saltwater environment, it didn’t get the broad acceptance that Buck had hoped for.

I don’t know what Jimmy Lyle (an Arkansas knife maker who made the original First Blood knife) thought of Buck’s knife. I met Jimmy at his home in Russellville, AR, a couple of years before he died in 1991. Great guy.

In late 1991 or early 1992. Don’t hold me to a specific date because it was some years ago, I was at NAVSPECWARGRUONE (Naval Special Warfare Group One, Coronado, CA) as a drilling reservist, following the First Gulf War. My day job was at the Orange County (CA) District Attorney’s Office, Organized Crime/Grand Jury Unit. I know, reserves are the lowest form of life – blah/blah/blah.

The Joint Special Operations Command (McDill AFB, Tampa, FL) just stood up and an Army general took command. What that meant was that all of Naval Special Warfare became subordinate to the US Army. Moreover, there was money to spend – where the Navy was very parsimonious with the SEALS up to that point. The new funding allowed us to select newer and presumably better knives than the models that caused us to develop cancerous tumors.

SPECWARGRUONE held a ‘knife off’ competition, where various knives were rigorously tested. Manufacturers were invited to submit their knifes to Group 1 to be tortured. A number of different knives were submitted and the only one to remotely meet the criteria was the Multi-Purpose Knife (MPK) entry from Mission Knives (then owned by Rick Schultz of Mission Viejo, CA). The SOG SEAL knife, made of steel, scored well, but (a) it corroded in a salt water environment because it was made of steel and (b) it had a magnetic profile (made of steel) that could set off a naval mine. 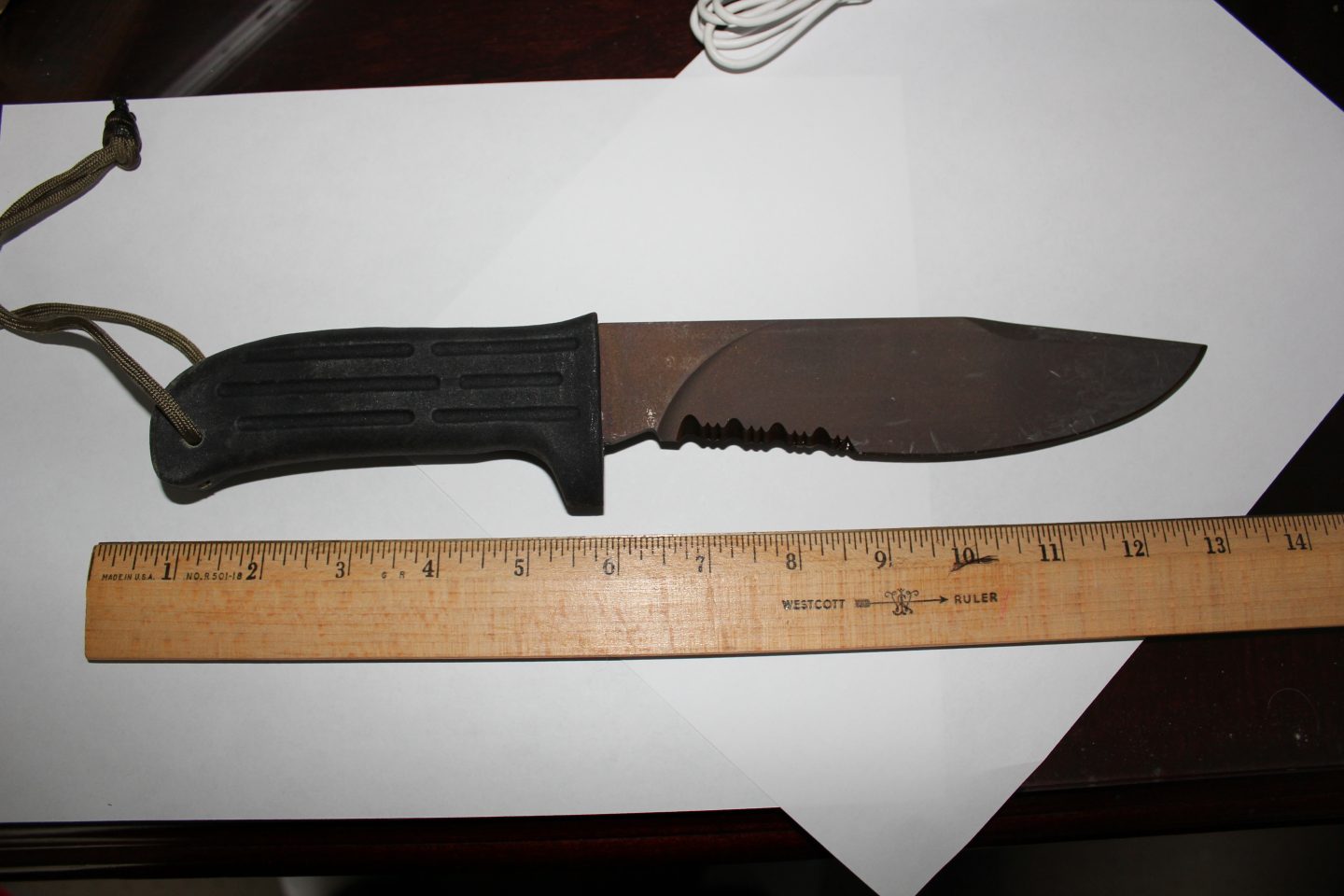 No, it’s not rust. This knife will never corrode or rust. In the decades since that these knifes have been in service with the Navy, not one has broken. The general issue knife has a gray blade with attribution to the manufacturer. This one has no markings.

I visited Rick a few times at his home in Mission Viejo during this time period. We talked about knives and what a true multi-purpose knife should look like. We also talked about a titanium folding knife (yes, I have one of those too) that he was developing. The hinge pin was steel, giving the folder a magnetic signature. Working in titanium is difficult.

Time passed and Rick Schultz sold his knife company. The new manufacturer took input and suggestions from various United States Special Operations personnel. The MPK would remain the issued knife to SEALs, but maybe a light weight, high strength, non-magnetic, no-corrosive tool—a titanium bladed knife—with a more compact and thinner silhouette, and with a “higher speed and lower drag coefficient” could be made.  Enter the Multi-Purpose Tactical Knife (MPT) 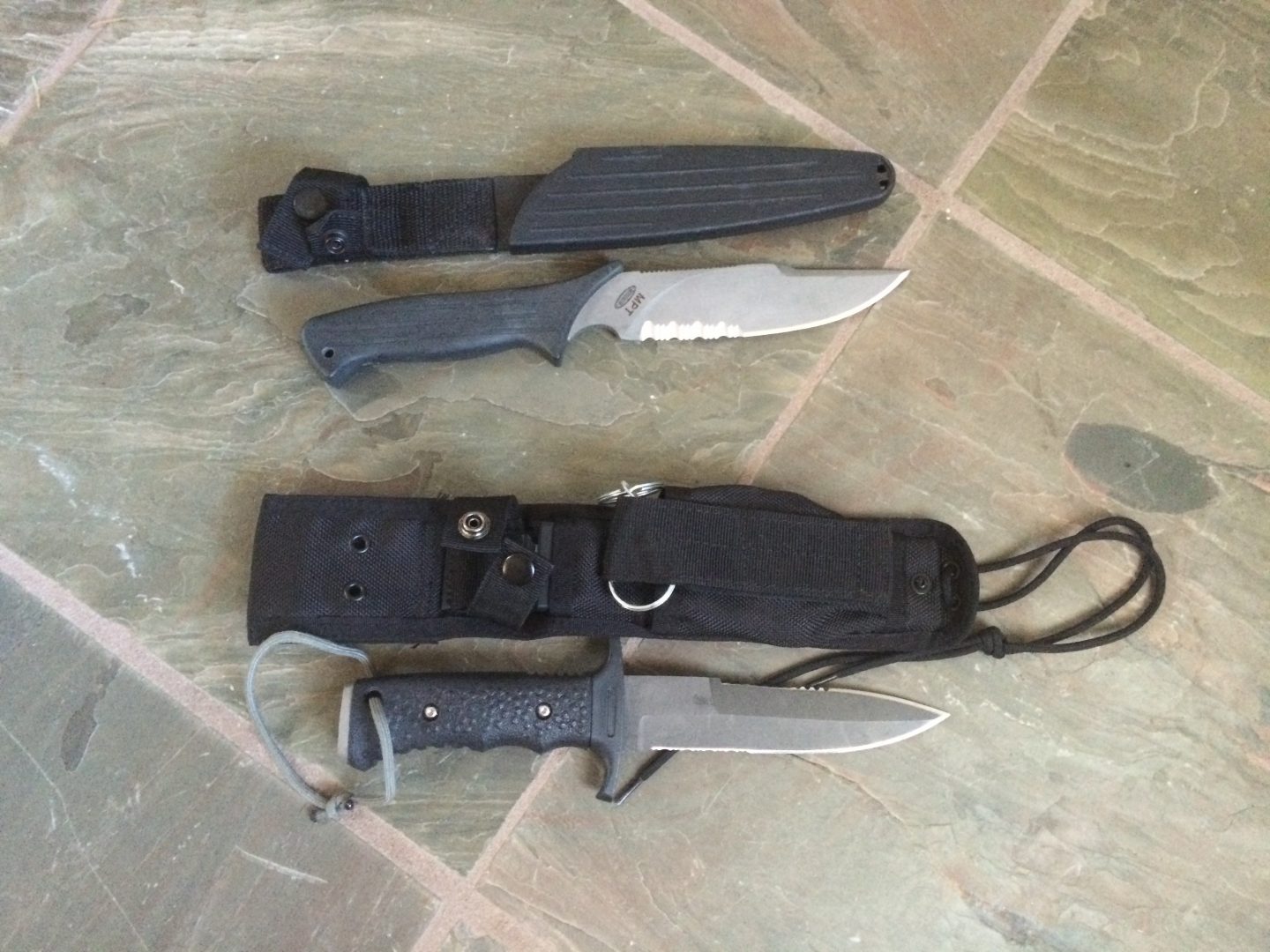 (Above Multi-Purpose Tactical Knife, below, new Navy titanium knife. Yes, I built a garrote for that knife case too.)

Note the grooved section on the blade’s spine, which gives a better non- slip surface when applying pressure to the blade with the thumb. The MPTs ergonomic hilt was specifically designed to feel comfortable in either hand, and, at the same time, can easily be shifted into any aggressive grip style needed to meet any challenge. The parrot’s beak shaped butt of the hilt allows the user maximum purchase when using the blade in either the standard (hammer) grip, fence’s (sideways) grip, or ice-pick (reverse) grip.

The new manufacturer set up in Anaheim, CA. I went there (two decades ago now) and had them sharpen the false (top) edge so that it’s not false anymore. They had the tools to grind titanium much easier than I could. So there’s no false edge on my knife anymore.

This brings us full circle. Which is better? Steel or titanium? To take famous lines from the people at the television knife competition, Forged in Fire, the knife needs to cut and the knife should also be able to kill. Beyond that, the choice is yours.