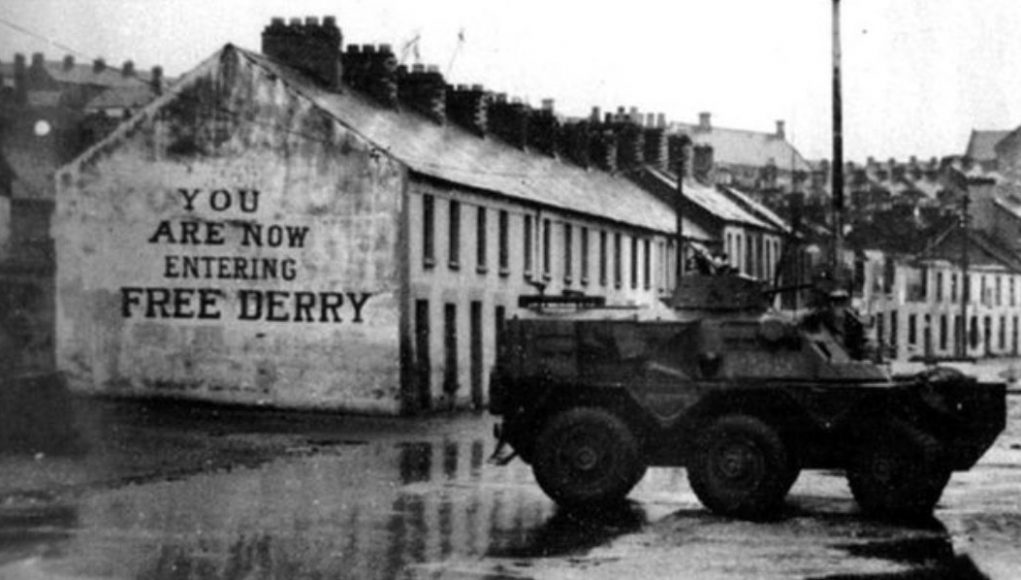 I normally post IRA war tunes on St. Patrick’s Day, and for equal coverage, post videos of the Orange March as the Red Hand of Ulster is paraded down Shankhill Road in Belfast on July 12. The Orange walk marks and commemorates Prince William of Orange’s (King Billy) victory over King James II at the Battle of the Boyne in 1690.

The Boys of the Old Brigade

Come out ye Black and Tans

Riot Scene from “In the Name of the Father”

I was there in those days. 1974-77 were lively times. And of course, I was younger then than I am today. My daughter and son-in-law (whose family is Boston Irish) attended a wedding there two years ago and brought back reports of how things changed from my time in Northern Ireland. It’s like two different worlds.  And that’s a good thing – but not so lively.

Today they sell souvenirs at the “Free Derry” wall at the corner of Lecky Road and Fahan Street in the Bogside. The slogan was first painted in January 1969 the Royal Ulster Constabulary raided across the national border. The authority of the RUC ended at the border with Ireland. Back then the whole matter was serious business. 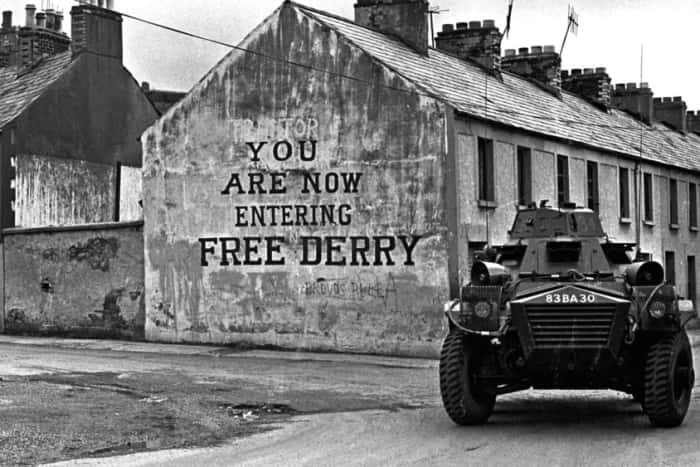 There are a lot of photos of Saracens (6 wheel armored cars) parked here and there, but in my time the Pigs (one-ton Humber armored cars – below) were far more prevalent. 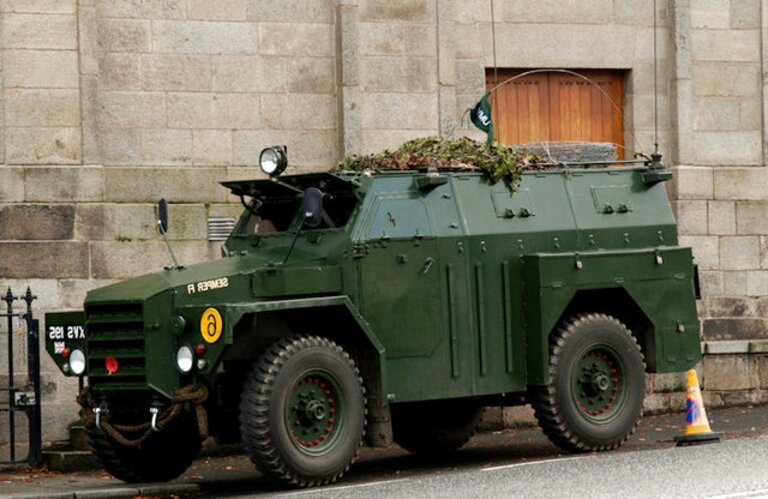 I thought about going back on vacation, after all this time, and touring the area. I guess that there aren’t professional “friskers” that pat you down before you enter stores anymore.

Meanwhile, in the USA 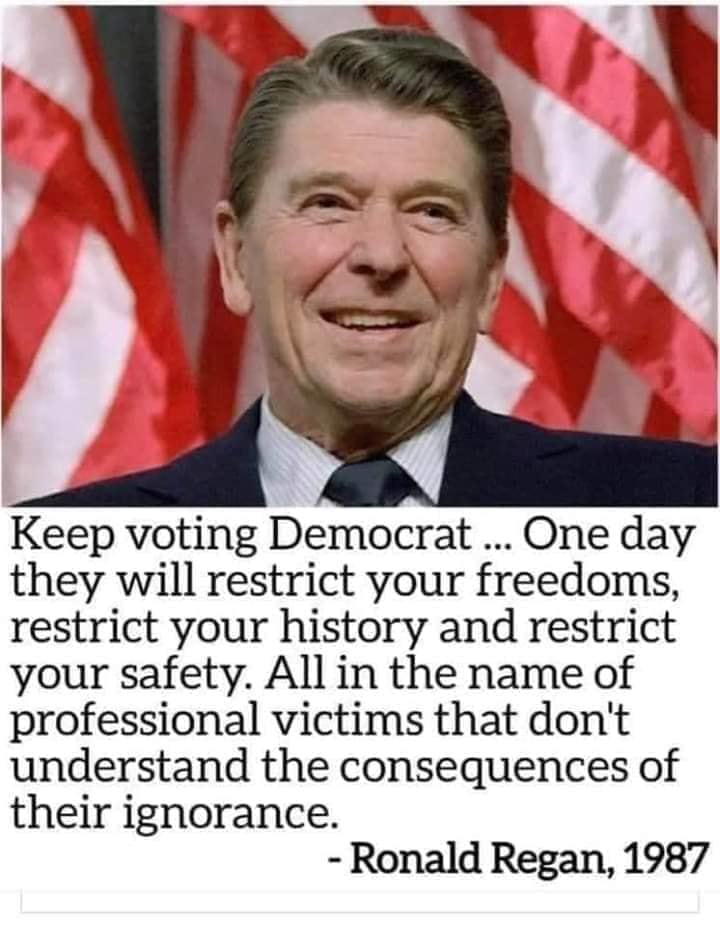 The littoral combat ship Sioux City is laid up after air was found in the ship’s lube oil, which could affect engine cooling and raise the risk of overheating, Naval Surface Force Atlantic officials confirmed this week.

The problem was discovered Jan. 12 during routine maintenance aboard the ship, which was commissioned less than three years ago in November 2018.

Initially, the repairs were only expected to take a few days, but officials now say they don’t have a timeline for when Sioux City will once again be good to go.

When the LCS designs were on the drawing board, there was a lot of crowing about how the SEALs could use them for SPECOPS. The Navy wanted to build small ships and casted about for missions. The SEALs wanted nothing to do with them because the ship is acoustically LOUD. I opined that they could be used as decoys. Sail a few of them around to get sunk while the SEALs made egress by other means. Those comments were deemed to be ‘unhelpful’. As it turns out, I was/am right. They were a waste of metal and national treasure. A number of them are being retired early because they’re junk. (which gives a bad name to Chinese junks) 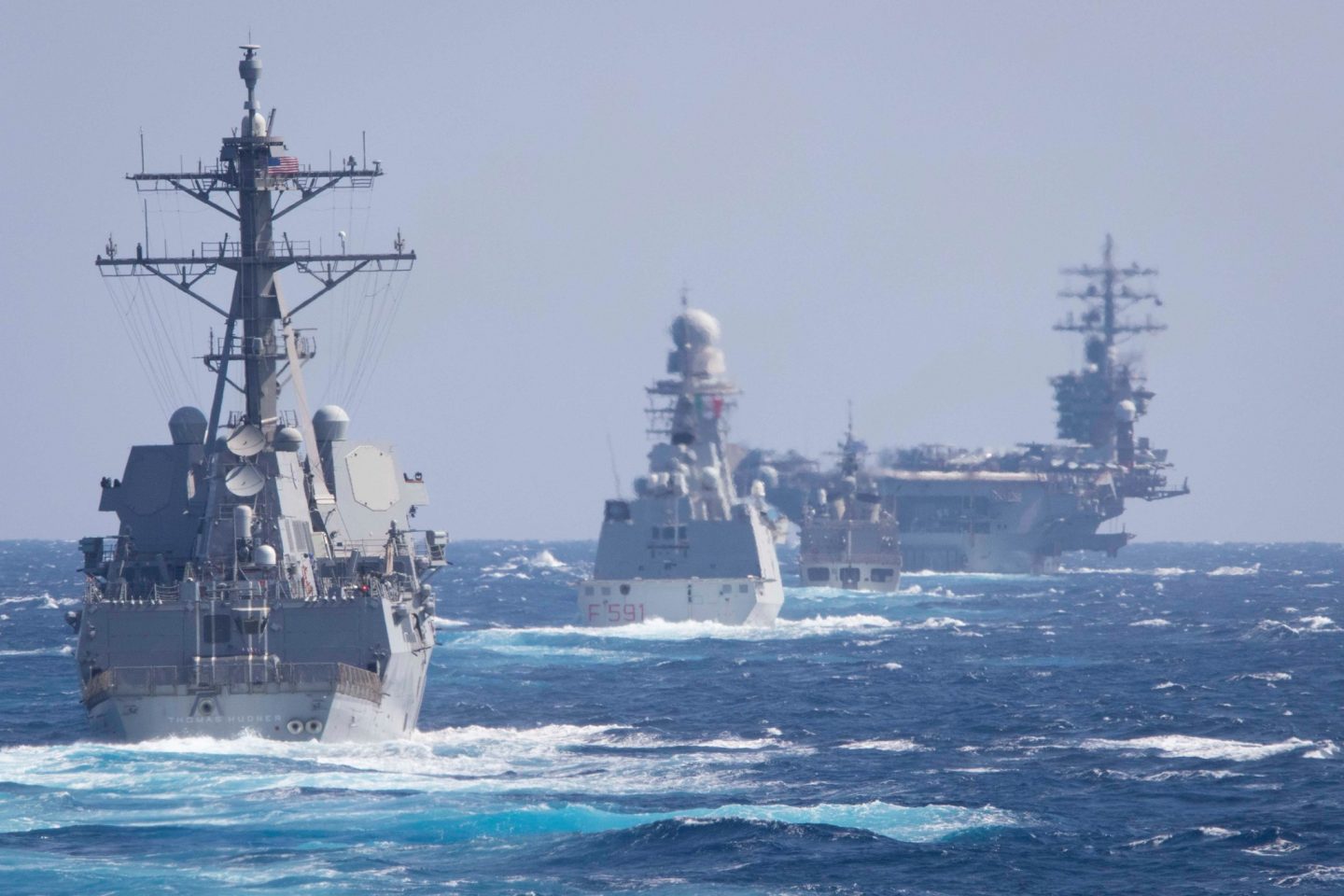 There is no LCS in the photo. They would have a difficult time keeping up and at any speed at all, they need to UNREP almost daily to keep from running out of fuel.

It seems that fewer and fewer people watch progressively correct award shows anymore. Plague aside, the trash that Hollywood trots out is not worth watching. Low budget slasher films, woke homosexual themed films, etc. dominate Hollywood. Now, Hollywood is preparing everyone for lower than low ratings for the Academy Award Show.

I will not be watching the mean-spirited, partisan, egotistical show. I have no interest in being lectured by a bunch of low-talent, amoral, virtue signaling hacks – which is what the big show has become. I’m sure Jo/Ho will watch.