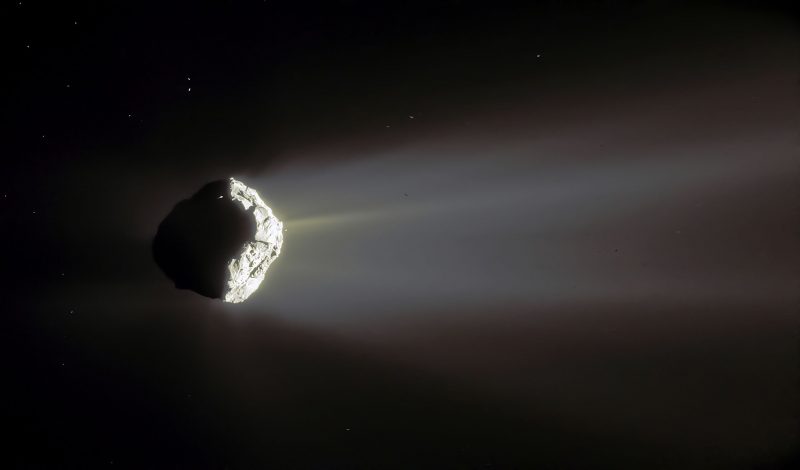 Time is a measure of non-stop, consistent change in our surroundings, usually from a specific viewpoint.

While the concept of time is self-evident and intuitive – the steady passing of events before our eyes; the orbit of the Moon around our planet – describing its fundamental nature is much harder.

Even physicists aren’t sure what actually happens when time passes. Although they do have a few hypotheses.

The concept of God’s Time has been discussed here on this blog as it is written in Greek in the New Testament. Chronos is chronological time (10:03 am). Kairos is “when it’s time”, not tethered to a clock.

Relative time is the scientific concept, largely proven, that gravity curves space and time: The stronger the gravity, the more it curves space-time, and the more time slows down.

Similarly, the space-contorting volume beyond the horizon of a black hole also distorts perspectives of time.

In our Universe, we have freedom of space and can move around as we like, but we’re forced to march along time’s arrow in a linear direction.

Calculations show that crossing over a black hole’s horizon would swap those freedoms. So we’d no longer have to follow time’s strict arrow of direction, but we’d lose the freedom to move around in space, allowing for time travel (of sorts).

While these scenarios help us better understand time’s nature, both light speed and black hole travel have constraints that prevent us from using them as practical ways to reverse time.

One thing is certain – our time here on Earth is finite. Use what time you have wisely.

Flying to a Comet 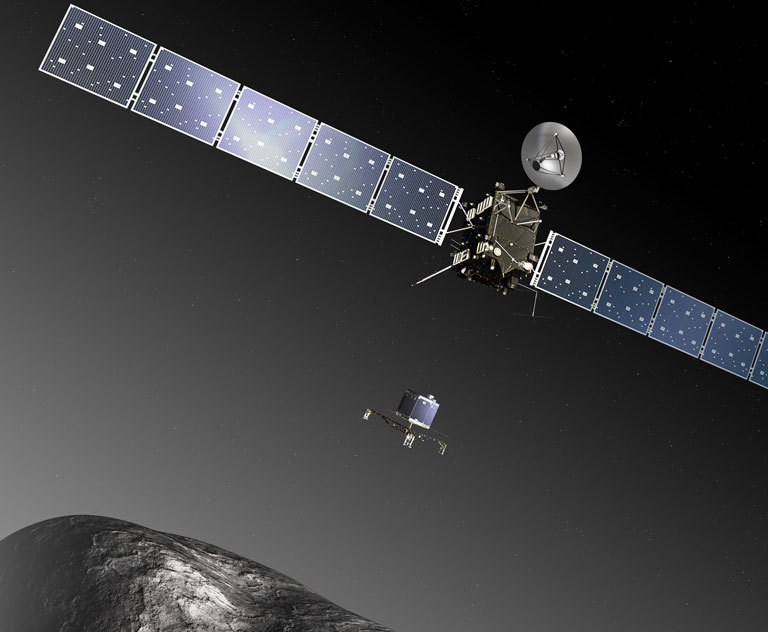 A Video from the Surface

Rosetta,  the comet-chasing European Space Agency (ESA) probe that deployed (and accidentally bounced) its lander Philae on the surface of Comet 67P brought us this gif, made up of images Rosetta beamed back to Earth. They have been freely available online for a while. 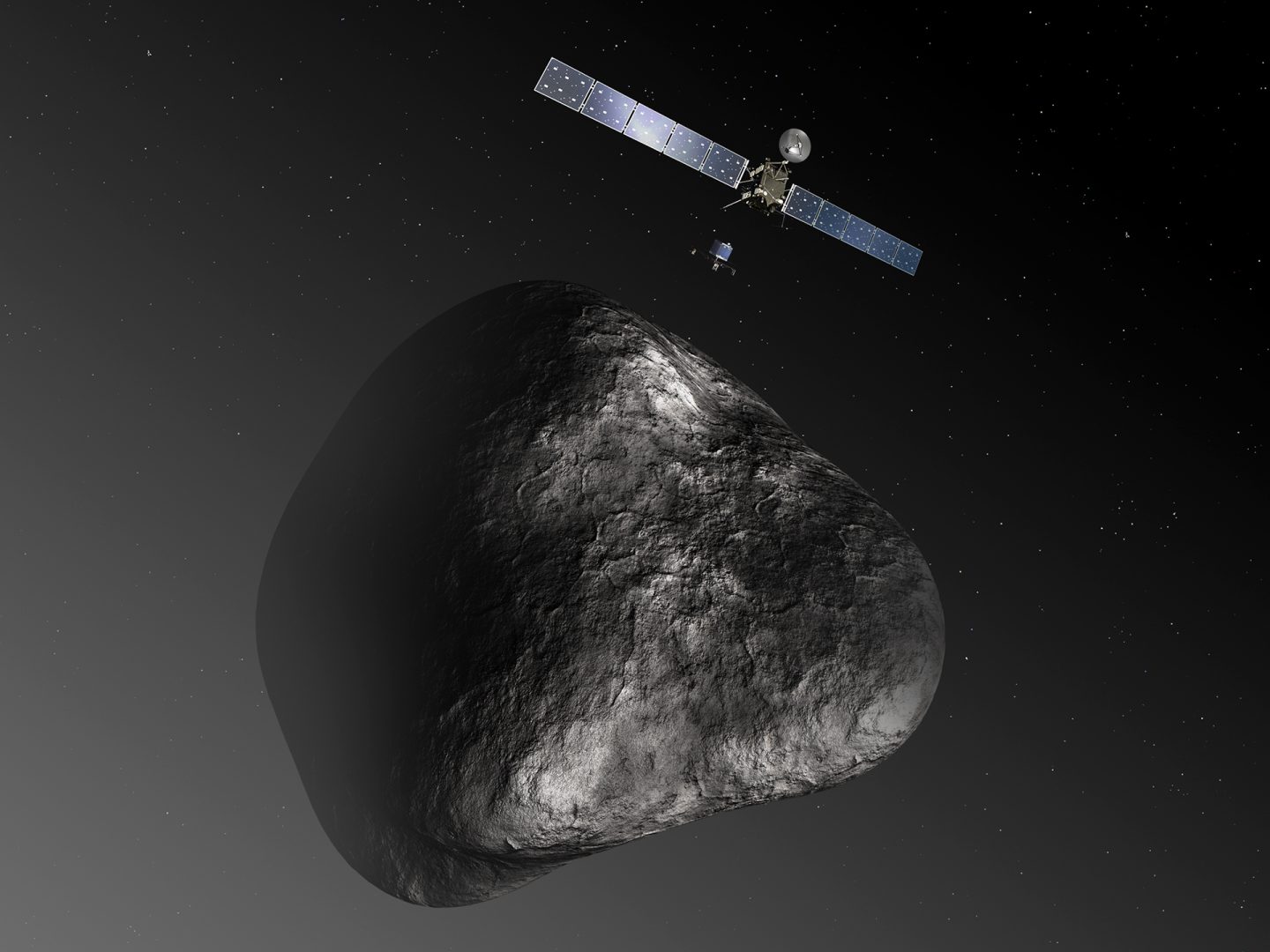 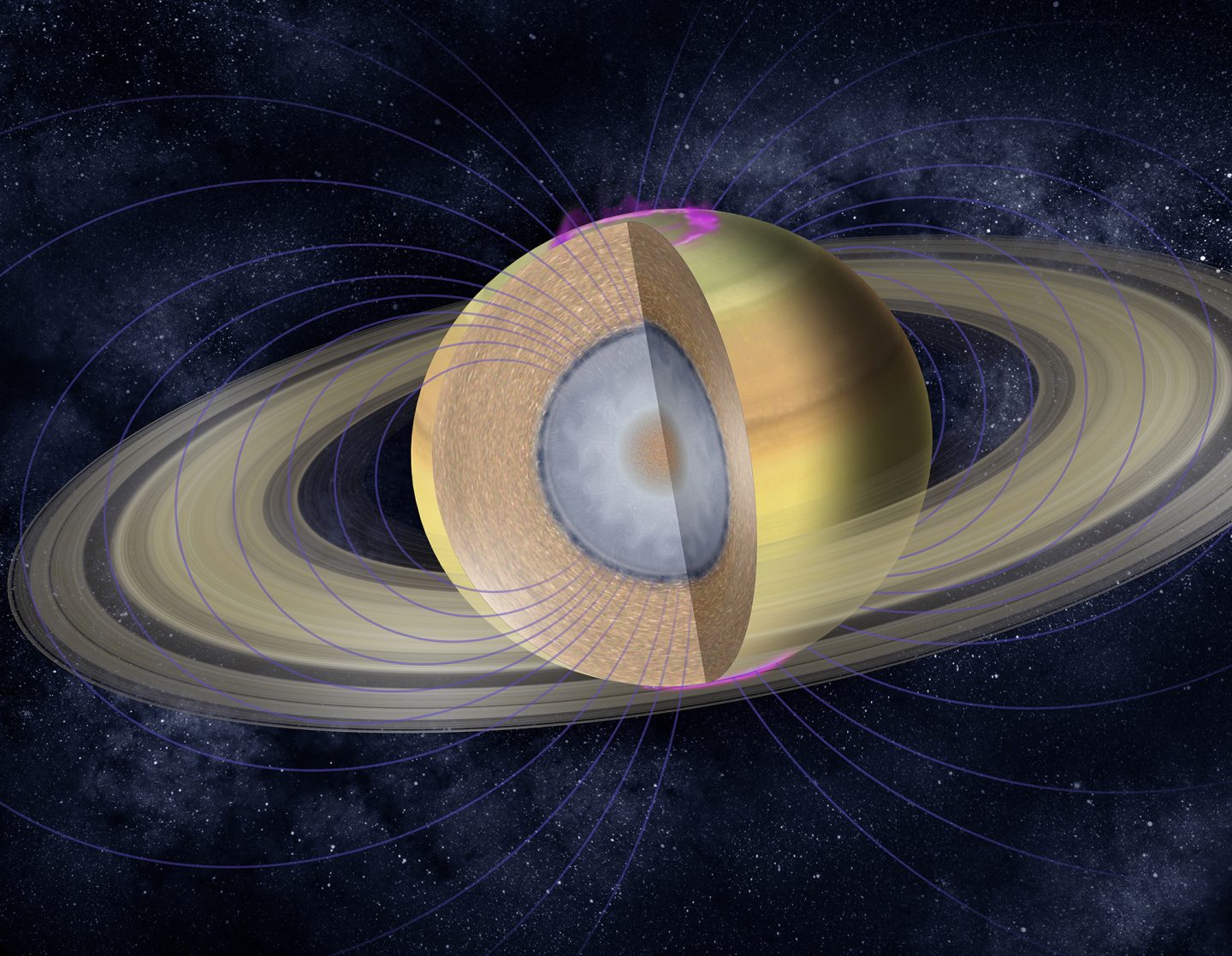 The models that fit the data place Saturn’s core-envelope boundary a significant distance from the planet’s center, roughly 60 percent of the way to the surface. That’s a radius of nearly 60,000 kilometers or over nine times Earth’s radius.

Jupiter? What about the King of Planets?

Based on gravitational measurements of the planet and the generally accepted understanding of the early solar system, scientists believe that the core of the planet is a mixture of rocks swept up by the condensing mass as it orbited the sun and hydrogen that has been so compressed (>4000 Gpa) that it has undergone a phase transition and become a liquid metal.

Up until recently, estimates have been that the core of Jupiter is about 15 times the mass of the Earth and is about 5% of the mass of Jupiter. However, scientists have been able to create metallic hydrogen in the laboratory. They were able to do it at lower pressures than expected (about 270 GPa). This means that the sea of metallic hydrogen on Jupiter may be more vast than we expected.

That said, you might not want to swim in that ocean.

Musk’s satellites are said to be responsible for over half of close encounters in orbit. He’s not stopping, he’s launching lots more… 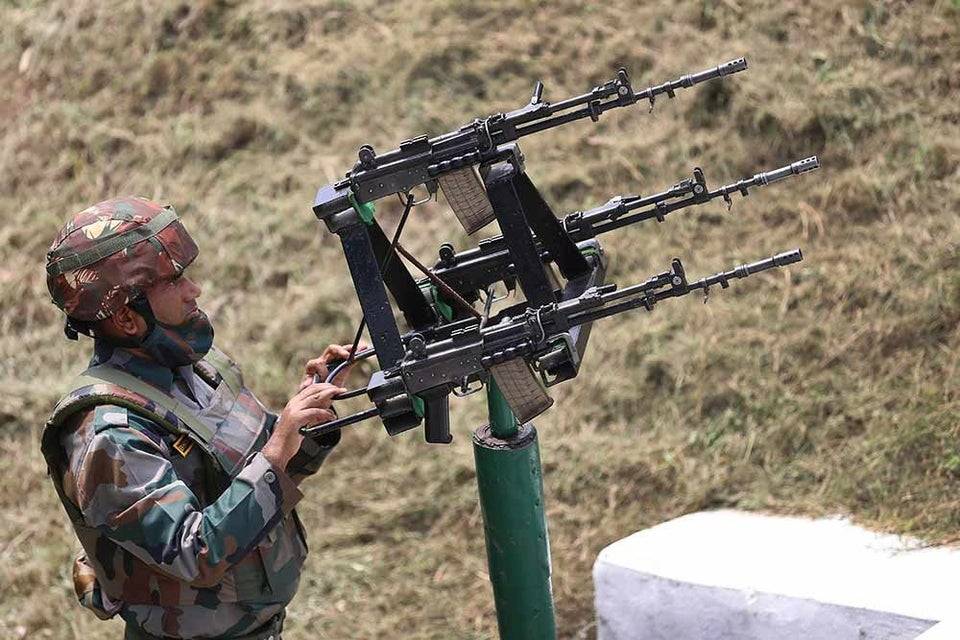 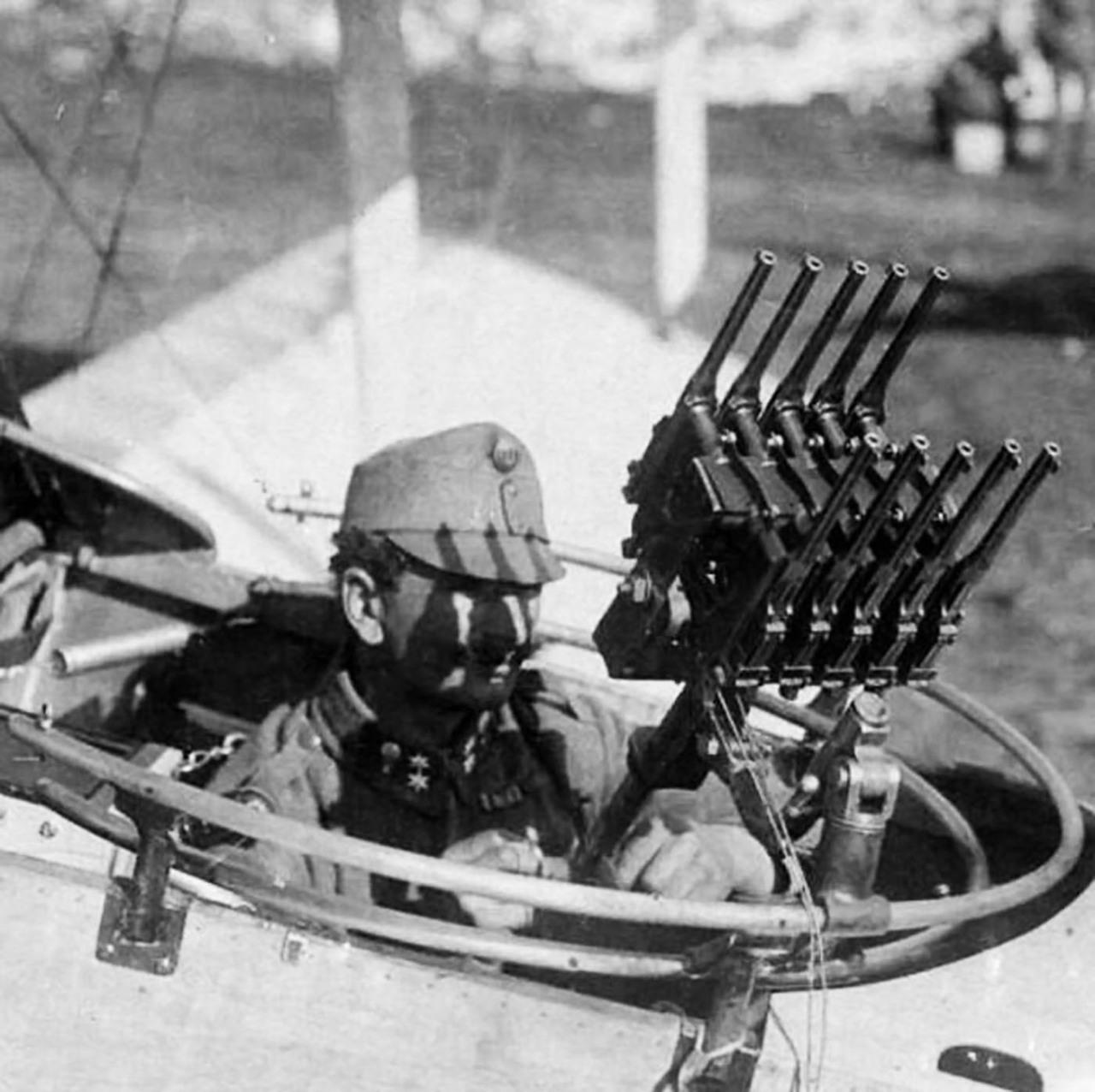 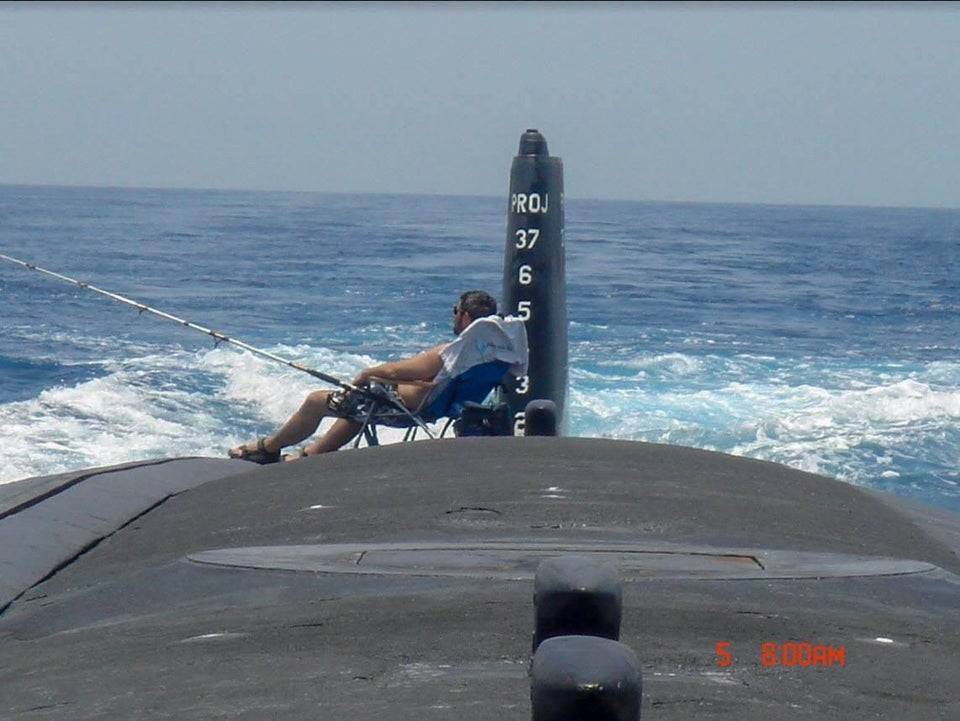 Sound off (like you have a set) if you’ve ever been to a steel beach picnic. In the photo, above, the CO of a nuclear attack-type submarine (name not identified here) wets a line. SSBNs don’t do this but in some situations, an SSN can. Sometimes the boat ships pipe hitters (as supercargo). They usually swim while only some of the bubbleheads partake. There’s almost always a BBQ with burgers and brats. I guess there are women now, too. I wasn’t around long enough to see that happen. My guess is that they are toxic to your career and survivors don’t fraternize.

The FBI now says that the January 6th event at the Capitol was not a planned insurrection.

In that way,  they don’t need to disclose their hand in organizing the violence that plagued the gathering.