I have to admit some surprise that the American Propaganda Ministry are broadcasting a bad end to the Afghan war on their outlets. Normally they spike a story like that and it simply doesn’t exist outside of a few blogs or maybe even Fox News. 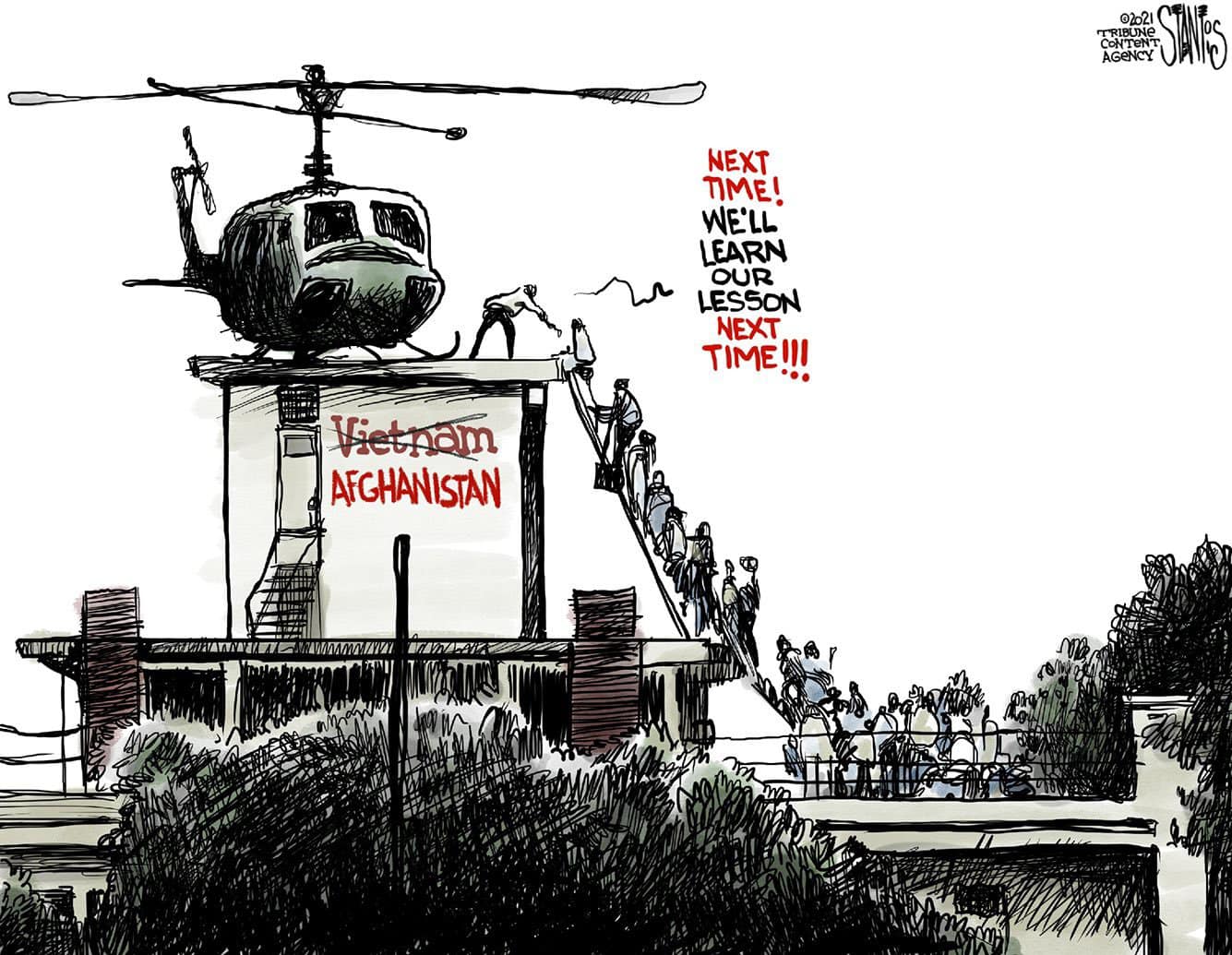 A friend texted me the other day that the corpse and whore who rule us were told in a briefing that they could have another Iran hostage crisis on their hands if they didn’t order an evacuation of the Embassy. The Ho is rarely in the White House, though she has an office there. She was invited to the briefing and there was a discussion of an Afghan Czar and people looked at her.

Many years ago, I was an “Afghanistan expert”, which meant that all advice was ignored once Big Army took over the war. A continuation of the useless war was a path to riches for retiring generals who wanted to work for Beltway Bandits and needed a continuation of the glorious cash flow.

My son-in-law returned from there with a 100% medical disability. So adding insult to injury there is that.