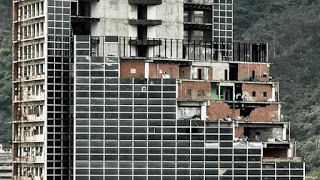 Facebook
Twitter
Pinterest
WhatsApp
They’re Finnished
(BBC) Finland’s government resigns over healthcare reform. They experimented with giving the chronically unemployed a generous guaranteed income in the hopes of motivating them to work…but … wait for it — it had the opposite effect. Color me shocked.

As with developed nations, Finland has an ageing population that is putting financial pressure on its social welfare systems.
As an increasing number of people live longer in retirement, the cost of providing pension and healthcare benefits can rise. Those increased costs are paid for by taxes collected from of the working-age population – who make up a smaller percentage of the population than in decades past.

In 2018, those aged 65 or over made up 21.4% of Finland’s population, the fourth highest after Germany, Portugal, Greece, and Italy, according to Eurostat.

Finland’s welfare system is also generous in its provisions, making it relatively expensive. Attempts at reform have plagued Finnish governments for years.

It’s called a Ponzie Scheme. And it works so long as more people pay into the system than use it. The problem that Finland and everyone else has is that eventually you run out of other people’s money.
In America, the political party which advocates killing babies, including those that survived botched abortions wants to be in charge of the nation’s healthcare. Even the Finns don’t take it that far.
“Make the US into Venezuela”
(LINK) It’s an interesting article.

Tonight there are no lights. Like the New York City of Ayn Rand’s “Atlas Shrugged”, the eyes of the country were plucked out to feed the starving beggars in abandoned occupied buildings which were once luxury apartments. They blame the weather – the government does – like the tribal shamans of old who made sacrifices to the gods in the hopes of an intervention.

There is no food either; they tell the people to hold on, to raise chickens on the terraces of their once-glamorous apartments. There is no water – and they give lessons on state TV of how to wash with a cup of water. The money is worthless; people now pay with potatoes, if they can find them. Doctors operate using the light of their smart phones; when there is power enough to charge them. Without anesthesia, of course – or antibiotics, like the days before the advent of modern medicine. The phone service has been cut – soon the internet will go and an all-pervading darkness will fall over a feral land.

Venezuela is one of those places where when you throw seeds on the ground, melons will grow…and yet people starve and a bushel of money won’t buy a roll of toilet paper. And American politicians want the same failed socialist policies for us. 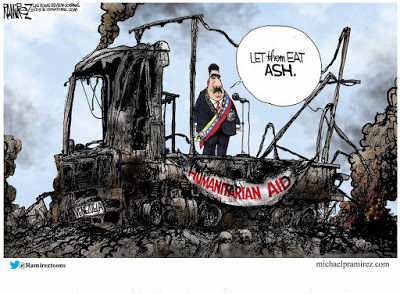 EXCEPT that in the US there are hundreds of millions of firearms and trillions of rounds of ammunition in private hands. And it terrifies the Democrats.
And we train with them…