I received an e-mail from Congressman Alan Grayson (D-FL), who is currently pushing for a Super Public Option in ObamaCare.  The e-mail was incredibly offensive to my sense of Constitutional Republicanism (not to the Republican Party, but to the national precepts that are set down by the Constitution). 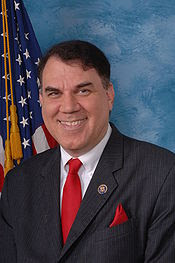 Rep. Alan Grayson (D-FL) is running for re-election in November 2010 and if it’s possible to fathom, he seems to be left of Pelosi. He’s an unabashed socialist, promotes expansion of nationalized healthcare beyond it’s current abominable form and I urge patriots and constitutionalists to consider not only voting him from office, but funding his opposition.

He’s one of the curs in Washington who needs to go back to his law firm and do whatever he does, but he does NOT belong in the legislature in my opinion. I have no idea where this creature, this embarrassment as a legislator came by my e-mail address, but I want to tell you that this guy is PRECISELY the WRONG PERSON to be representing Floridians and the WRONG PERSON to be representing America. Wikipedia  quotes his worth at over $31million.


He’s a rich liberal crusader who has exempted himself from ObamaCare, but wants to shove it down your throat. Think about that if you consider voting for this clown.

Look at the picture above – the smug grin, the guy who could afford to mount his own Congressional campaign while only spending a portion of the interest he received on his money that year.  If you think this socialist is a man of the people who can relate to the people, ask him why he voted to EXEMPT CONGRESS from the absolute horror that ObamaCare will become.

(Nobody paid for this statement – it’s simply my opinion. Think again, Grayson, before you send me e-mail promoting your national socialist agenda)