Social Engineers of the Left and their Followers 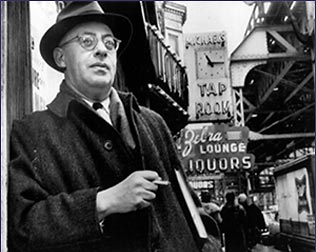 Saul Alinsky, the Godfather of Community Organizing
C.S. Lewis wrote:
“Of all tyrannies a tyranny sincerely exercised for the good of its victims may be the most oppressive. It may be better to live under robber barons than under omnipotent moral busybodies. The robber baron’s cruelty may sometimes sleep, his cupidity may at some point be satiated, but those who torment us for our own good will torment us without end, for they do so with the approval of their own conscience.”
The social engineers of the left, motivated as they are by their creative utopian aspirations–expressed by the desire to impose (forcibly, if necessary) universal peace, social justice and brotherhood upon humanity–are completely oblivious to the malignant side of their own natures. In reading an article by George Will, he seems to define it in his analysis of the Obama Administration’s “damn-the-arithmetic-full-speed-ahead proposal to spend $53 billion more (after the $8 billion in stimulus money and $2.4 billion in enticements to 23 states) in the next six years pursuant to the president’s loopy goal of giving ’80 percent of Americans access to high-speed rail.’ Access and high-speed to be defined later.”

(Newsweek) Florida’s new Republican governor, Rick Scott, has joined Ohio’s (John Kasich) and Wisconsin’s (Scott Walker) in rejecting federal incentives—more than $2 billion in Florida’s case—to begin a high-speed rail project. Florida’s 84-mile line, which would have run parallel to Interstate 4, would have connected Tampa and Orlando. One preposterous projection was that it would attract 3 million passengers a year—almost as many as ride Amtrak’s Acela in the densely populated Boston–New York–Washington corridor.

The three governors want to spare their states from paying the much larger sums likely to be required for construction-cost overruns and operating subsidies when ridership projections prove to be delusional. Kasich and Walker, who were elected promising to stop the nonsense, asked Washington for permission to use the high-speed-rail money for more pressing transportation needs than a train running along Interstate 71 between Cleveland and Cincinnati, or a train parallel to Interstate 94 between Milwaukee and Madison. Washington, disdaining the decisions of Ohio and Wisconsin voters, replied that it will find states that will waste the money.

California will. Although prostrate from its own profligacy, it will sink tens of billions of its own taxpayers’ money in the 616-mile San Francisco–to–San Diego line. Supposedly 39 million people will eagerly pay much more than an airfare in order to travel slower. Between 2008 and 2009, the projected cost increased from $33 billion to $42.6 billion.

So why is America’s “win the future” administration so fixated on railroads, a technology that was the future two centuries ago? Because progressivism’s aim is the modification of (other people’s) behavior.

Forever seeking Archimedean levers for prying the world in directions they prefer, progressives say they embrace high-speed rail for many reasons—to improve the climate, increase competitiveness, enhance national security, reduce congestion, and rationalize land use. The length of the list of reasons, and the flimsiness of each, points to this conclusion: the real reason for progressives’ passion for trains is their goal of diminishing Americans’ individualism in order to make them more amenable to collectivism.

To progressives, the best thing about railroads is that people riding them are not in automobiles, which are subversive of the deference on which progressivism depends. Automobiles go hither and yon, wherever and whenever the driver desires, without timetables. Automobiles encourage people to think they—unsupervised, untutored, and unscripted—are masters of their fates. The automobile encourages people in delusions of adequacy, which make them resistant to government by experts who know what choices people should make.

Time was, the progressive cry was “Workers of the world unite!” or “Power to the people!” Now it is less resonant: “All aboard!”

The leftist’s desire for power is direct and absolute; and this is a direct consequence of the utopian ideology that drives him. Like a small child, but no longer an innocent one, the typical progressive truly believes that his whims and feelings and “good intentions” are all that matter in the world.
The clever leftist always manages to hide these darker motivations–the envy, greed, and desire for power–and pretend they don’t even exist–even to himself. He tells himself he does not possess such dark motives; that his motives are pure and uncontaminated by the kind of self-serving goals the selfish capitalists pursue. He tells himself that the “greed” of others is to blame for his plight; never his own. He tells himself that it is others who are “selfish”, never him. He does what he does “for the children” and some undefined “greater good.” 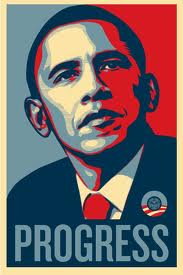 The banal platitudes and silly slogans he chants during his protest marches make him feel oh so good about himself and demonize those who he believes are stealing his rightful piece of the pie. Experiencing too much knowledge and insight about his inner state would make him extremely uncomfortable; perhaps even causing him to question some of his basic assumptions about himself or his beliefs.
This is the essence of the “dilemma of the utopians”. They see themselves as so pure and righteous; so correct and virtuous; how is it possible that their beautiful utopian dreams always turn into such horrible human nightmares?
Having porous boundaries to their own self, narcissists do not easily recognize where they end and other selves begin. They have a hard time accepting that others are separate and are not extensions of themselves. Others either exist to meet their needs or may as well not exist at all. Those who provide narcissistic supply to the narcissist are treated as if they are part of the narcissist and are expected to live up to those expectations. In the mind of a narcissist there is no boundary between self and other.
Watch how the “compassionate” people of the left turn on a member of one of their many victimhood groups when that individual dares to disagree with them. They see them as traitors to their race or gender or whatever. If you are black or female or gay you are not supposed to have your own ideas about what is right and wrong–and god help you if you do, because you will be the recipient of an intense campaign of vitriol and hate for your audacity to think independently.

After Obama’s victory in 2008, Byron York attempted to understand this curious phenomenon:”In Time of Victory, Why is the Left So Angry?” :

I asked William Anderson, a friend who is a political conservative, a medical doctor, and a lecturer in psychiatry at Harvard. “They are angry, but I think they are also scared, and I think it’s because they have a sense that their triumph is a precarious one,” Anderson told me. Democrats won in 2008 in some part because of the cycles of American politics; Republicans were exhausted and it was the other party’s turn. Now, having won, they are unsure of how long victory will last.

“They see that they have a very small window of opportunity to do all the things they want,” Anderson continued. “They see the window of opportunity as small because they know in their deepest hearts that the vast majority of the American people wouldn’t go for all of the things they want to do.” So they are frantic to do as much as possible before the opposition coalesces. And the tea parties might be the beginning of that coalescence.

These are two sides of of this political narcissism that defines Obama and his leftist base. The grandiosity and smugness on the one hand; and, on the other, the brittleness and anxiety that comes with maintaining a false self-image. Just imagine what we are in for not that they have received a resounding rebuke from the American people.
One simple psychological maneuver that Obama and the progressive left can continue to deflect that anxiety and keep their fear at bay; AND at the same time pump up their already over-inflated egos and self-righteousness is to escalate their attacks on the Republicans in congress (especially their leadership) and to continue to bash former President Bush. The left externalized blame for their own inadequacies before Obama was elected; as well as in the first two devastating years he has been in power; so it is hardly likely that they’ll stop now as they begin to see their power and control being wrenched from them.
We can count on the fact that they will remain completely inadequate and fall quite short of even the simple tasks of leadership. You will see that Obama and his minions will now blame Republicans for their own inadequacies on the homefront. And, when it comes to their failures in foreign policy, they will still have Israel as a scapegoat that can be flogged when the occasion demands it.
The anger and rage (that are so much a part of malignant narcissism) that the political left has nurtured and cultivated over the years will not go away. They need it desperately to keep their fragile, rotting narcissistic and grandiose self image–even if they have to destroy this country to do so.