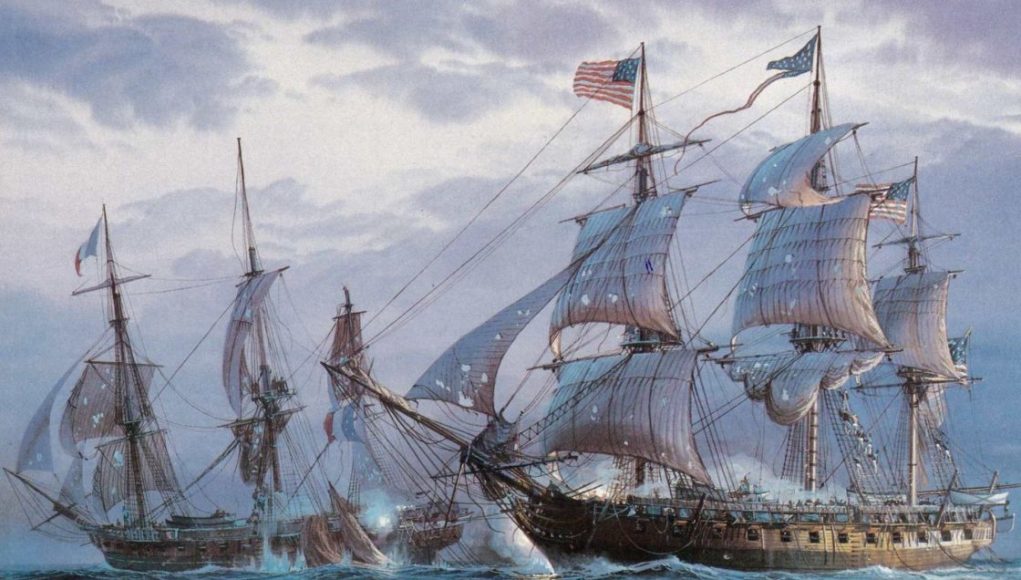 In the Teaser, for the upcoming novel, The Bloody Cutlass (Part 3, published here on April 16 of this year), you find that the book deals in part with Edward Teach (who would one day become Blackbeard-the-Pirate) when he signed ships articles to become a ‘ship’s boy’.

Depending on the ship and the affiliation (warship or civilian ship), there were classes of boys. The youngest were called powder monkeys. Male children were used on warships and capers as runners in the gun decks. They took the gunpowder from the magazine, located below the water line, up to the gun decks during battle. Young boys’ small height gave them an advantage in the narrow and low gun decks.

Powder monkeys occupied an entry position and were the bottom of the ship’s crew’s scale in pay and privilege. They served helplessly at the mercy of the whims of often violent sailors, boatswains and officers. (As Churchill said, “The Royal Navy runs on rum, sodomy and the lash”) The boys concerned – often orphans or runaways – were brought to the ships by the recruiters of the Royal Society with promises of pay. Some were sold by their parents for coin.

However, older men (and sometimes women) also served as powder monkeys in combat. On a British three decker up to 90 persons were necessary to bring powder and cannon balls to the cannons. Nelson’s HMS Victory had only 31 “boys” on the ship’s rolls with a crew of 850 men.

A ship’s boy was expected to serve almost as an apprentice seaman, with potential to be an able seaman when he’d grown, and the pay increase was commensurate with that.

Young men, many of whom were boys, served as midshipmen on warships, with the hope of learning the trade so that they could be commissioned. In the British Army, commissions were purchased. In the Royal Navy (the senior service) they had to be earned and were given based on merit. Being taken on as a midshipman meant that your family had enough pull to have you placed there. It was an opportunity not afforded to powder monkeys and ship’s boys. Some midshipmen were the second or third male son who did not stand to inherit lands or title. They were educated, they were well bred, but they were in need of a trade and a future and their parents hoped that it would be found on the quarterdeck of a ship of the Royal Navy.