Shall we Tolerate Islam? 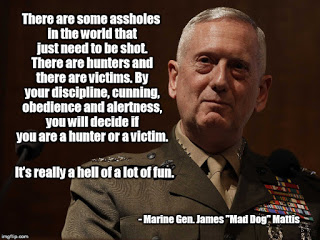 This is your lucky day – a double header Sunday Sermonette, because sometimes one rant on a Sunday is not enough.

This is my response to the Pope (so-called Pope) and his recent assertions that there is no such thing as Islamic Terrorism…tell that to the mothers of their victims, your holiness…

There have been times throughout history when the West and Political Islam have been at peace, but some European leaders don’t understand the nature of that peace. It’s not absolute.

Tolerance is not a moral absolute; it is a peace treaty. Tolerance is a social norm because it allows different people to live side-by-side without cutting each other’s throats. It means that we accept that people may be different from us, in their customs, in their behavior, in their dress, in their sex lives, and that if this doesn’t directly affect our lives, it is none of our business. But the model of a peace treaty differs from the model of a moral precept in one simple way: the protection of a peace treaty only extends to those willing to abide by its terms. It is an agreement to live in peace, not an agreement to be peaceful no matter the conduct of others. A peace treaty is not a suicide pact. 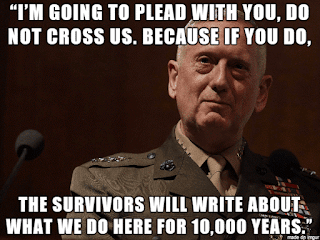 I tend to go with a far simpler approach because I am a simple man. “Be polite and courteous (and tolerant) but have a plan to kill everyone you meet.” – General James Mattis.
Unlike absolute moral precepts, treaties have remedies for breach. If one side has breached another’s rights, the injured party is no longer bound to respect the treaty rights of their assailant — and their response is not an identical violation of the rules, even if it looks superficially similar to the original breach. “Mommy, Timmy hit me back!” holds no more ethical weight among adults than it does among children. The Pope would do well to reassess his response to murderous savages but he’s not the first Pope to be besotted with his own narcissistic awesomeness.
Islam has an ugly track record that goes back to its very roots. It is a political system that uses arbitrary faith to enforce conformity and compliance (as the very meaning of its name suggests). In that, it shares common roots with totalitarian regimes – Maoist China, Stalinist Russia, and takes it one step farther by incorporating faith as a tenant of that mindset. It crushes the human soul, it stamps out all creative thought and it imparts all decision making to a small power elite coterie that “takes direction from Allah”. Thus, the Imam’s mutterings can not be questioned. 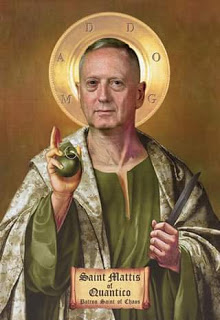 Studying the cause and effect of Political Islam is not a difficult undertaking. A trained chimp could get it. Somehow the progressive, elite, smug, self-satisfied, left doesn’t get it. The ‘homosexual marches supporting Islam’ that we have seen in San Francisco are not unlike having Jews singing the Horst Wessel Song as they march into the ovens in Dachau. The Pope, a communist, is just as caught up in this love of Islam, but sitting on a massive pile of gold, surrounded by high walls and protected by an army of bodyguards, he has inoculated himself from the evil that is endemic in the Islamic system.

Savage conduct (terrorism) needs to be met with absolute force and those who engage in this barbarity need to be obliterated from the earth for the sake of all who wish to live in peace.