Shades of the Past & Future 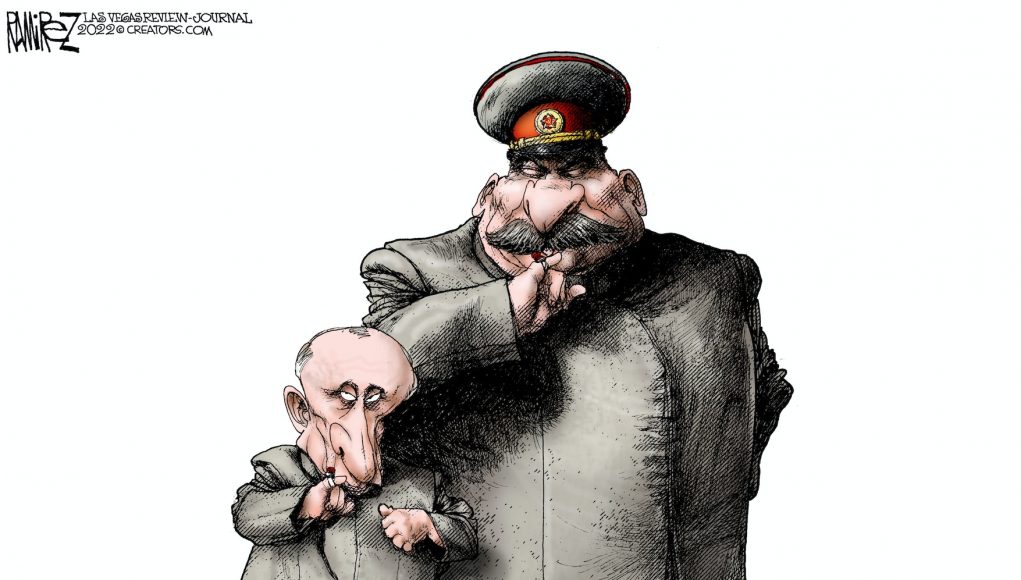 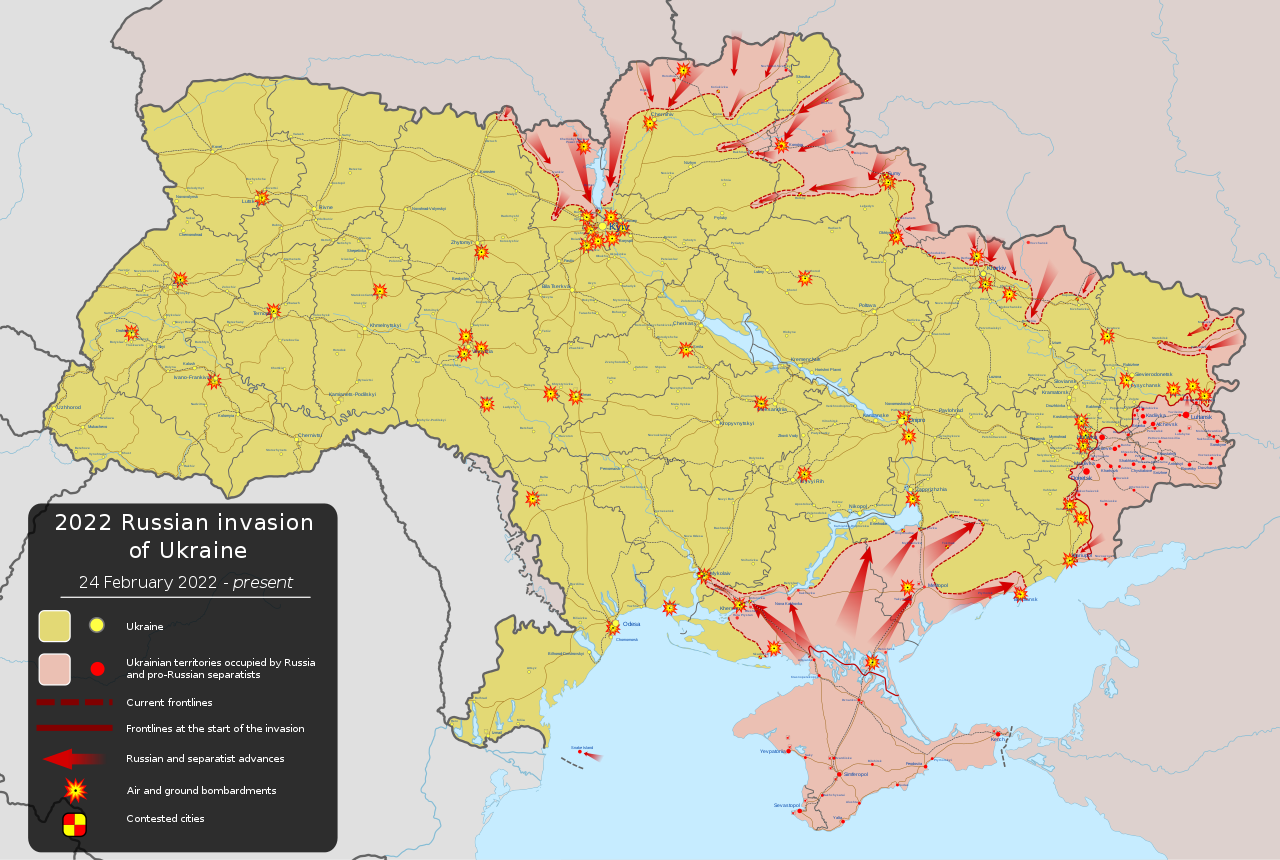 28 Feb 6:24 AM GMT. Russia has captured the southern cities of Prymorsk & Mykhailivka while the port city of Berdiansk is about to fall. Cities like Dniprorudne, Vasylivka, Tokmak, Orkhiv& Polohy are under siege in the south. Kherson and Mykolaiv are giving tough resistance.

In the era of gaslighting, where the official organs of news have become a funhouse mirror maze, finding any useful information on the great issues of the day as they unfold becomes a chore.

By way of IFF, here is a guide to markings on Russian vehicles:

The Letter “Z” represents units in the Eastern Military District The Russians sent a lot of old machines forward. Cannon fodder? You be the judge. 380 civilian deaths in a war 5 days old against a million-man Russian onslaught seems very small. It’s almost as though the Russians are being careful with civilians – not classic Russian behavior when it comes to war.  Some suggest that the Russians have run out of artillery shells. I’d like to sell those people swampland.

The Russian military is bombarding Ukraine’s second-largest city with rocket strikes, as Moscow’s campaign against its neighbor continues into its fifth day.

At least 11 people were reportedly killed and an unknown number wounded in a day of bombing in the eastern city of Kharkiv.

Whatever we may think of Putin, he is no Stalin. He has not murdered millions or created a gulag archipelago. Nor is he “irrational,” as some pundits rail. He does not want a war with the USA, which would be worse than ruinous to us both. Putin is a Russian nationalist, patriot, traditionalist, and a cold and ruthless realist looking out to preserve Russia as the great and respected power it once was and he believes it can be again.

With Jo and Ho running the USA, a window of opportunity presented itself and Putin went for it. Standing in Putin’s shoes, “why not?” America neutered itself. Its military goals include making its men into women and women into men – I’m sure that Vlad shudders at that lethality.

Join Now… Ukraine President Volodymyr Zelenskyy has created “The International Legion of Territorial Defense of Ukraine.”   Think of it as a Ukrainian Foreign Legion – sort of.

Apply to the Embassy of Ukraine in your country with the intention of joining the Foreign Legion of Territorial Defense of Ukraine (ask a military diplomat or consul for details). Applicants can visit the Embassy in person, call or send an email to start the process.

Get your documents in order. This includes an ID, a passport to travel abroad, documents confirming military service or work with law enforcement agencies and participation in combat.

Arrive at the embassy with documents for an interview with the defense attaché and the settlement of any visa issues with the consul.

Write an application for enlistment in the Territorial Defense of the Armed Forces of Ukraine for military service under a contract on a voluntary basis. (This is in addition to Step 1.)

Receive instructions on how to arrive in Ukraine and what to bring. Military clothing, equipment, helmet, body armor, combat gloves, tactical glasses, belts and vests are recommended. “It is not obligatory,” the official said, “but a foreign soldier in his national uniform looks good for the International Legion.”

Go to Ukraine in an organized manner. Representatives of Ukrainian embassies, consulates (abroad) and Territorial Defense in Ukraine will provide assistance on the way. Contacts will be provided at the Embassy of Ukraine in your country. 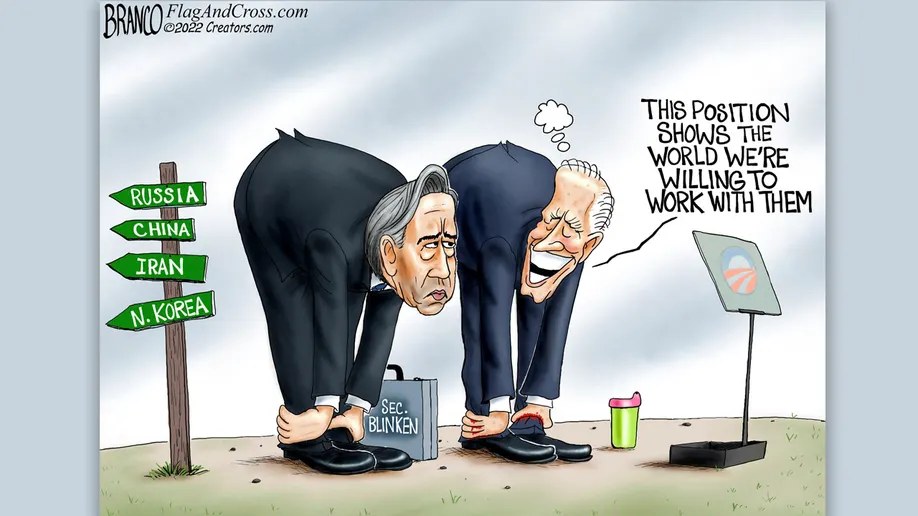 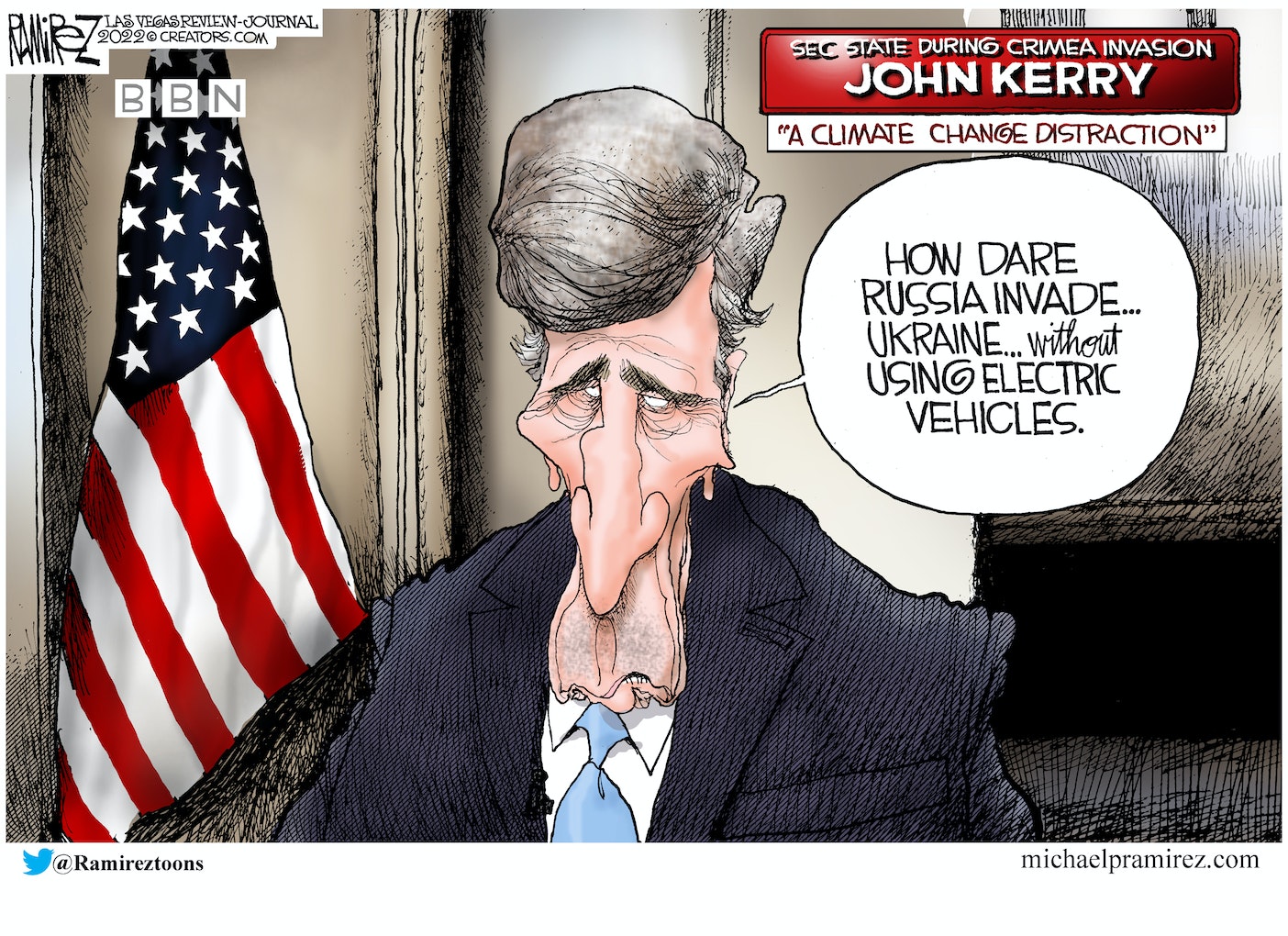 WASHINGTON (AP) — The Biden administration is delaying decisions on new oil and gas drilling on federal land and other energy-related actions. It all has to do with global warming because if we don’t do this, we will all be dead in two years or some such.

Maybe they’ve stretched it out to ten years again? Creepy Joe Brandon and friends are confident that Americans will understand that increased energy prices all have to do with the war in Ukraine. (used to be Covid)

But all is not lost– 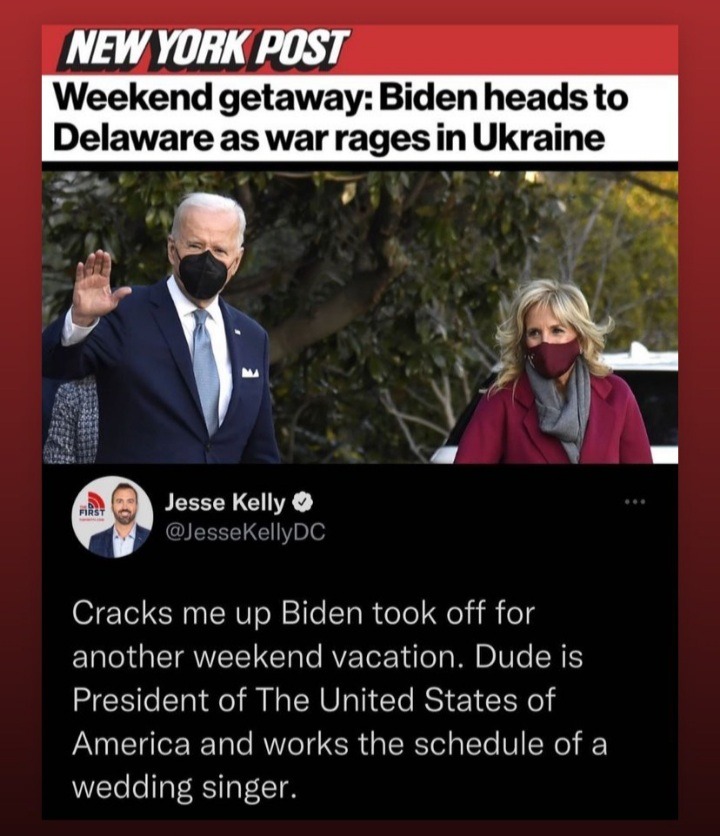 The Origin of the Universe

If we go with the present view of settled science, it says that the universe as we know it started with an infinitely hot and dense single point that inflated and stretched — first at unimaginable speeds, and then at a more measurable rate — over the next 13.8 billion years to the still-expanding cosmos that we know today. The unimaginable speeds exceed the speed of light…

There are other views cropping up, one of which is that a “white hole” was responsible for the universe as we now know it (below). 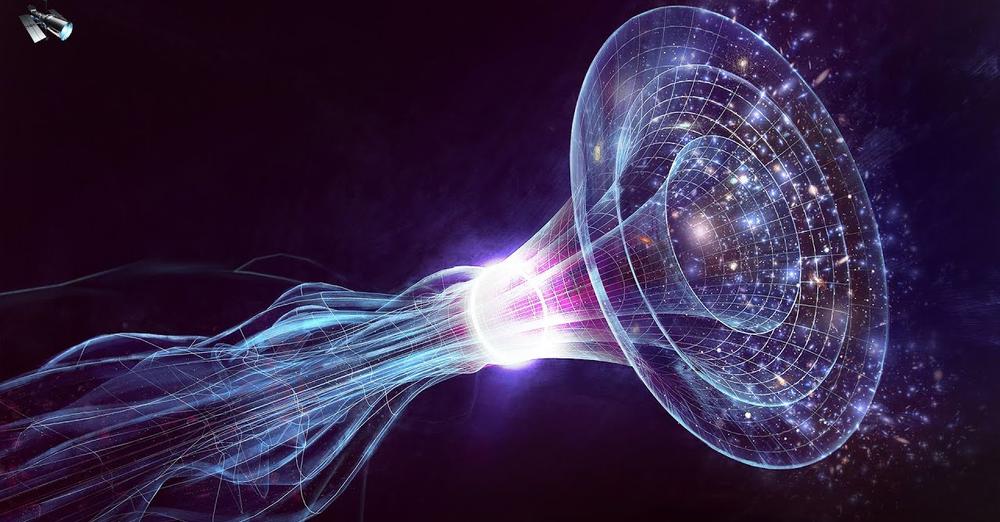 What might be on the other side of such a white hole? Nobody even speculates.

Implications found in quantum gravity and string theory tantalizingly suggest a universe that is, in reality, nothing like how it appears to human observers. It may actually be a flat hologram projected onto the surface of a sphere, for example. Or it could be a completely digital simulation running on a vast computer.

“Let there be light.” 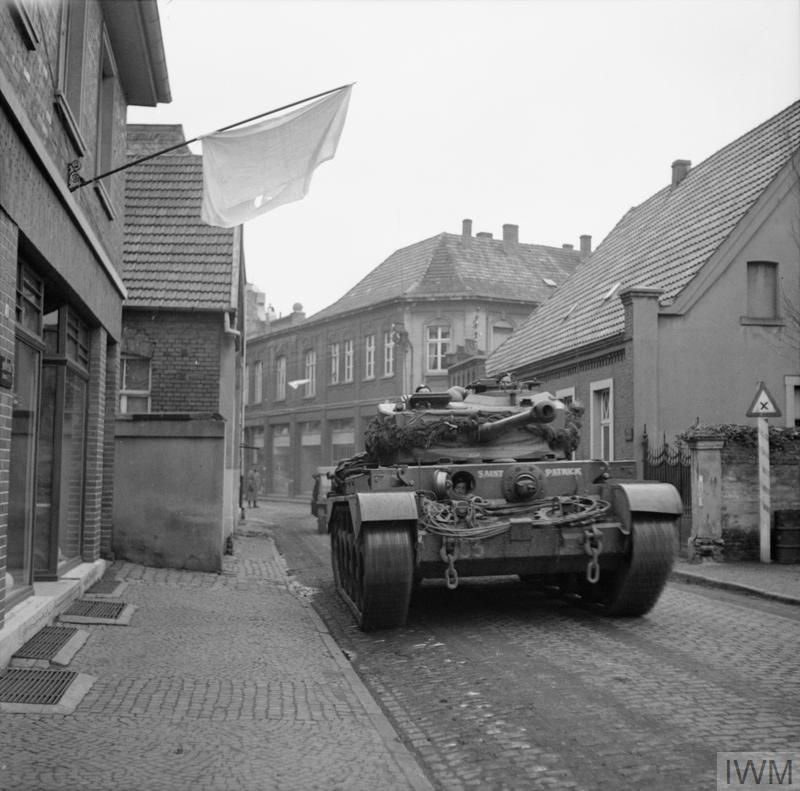