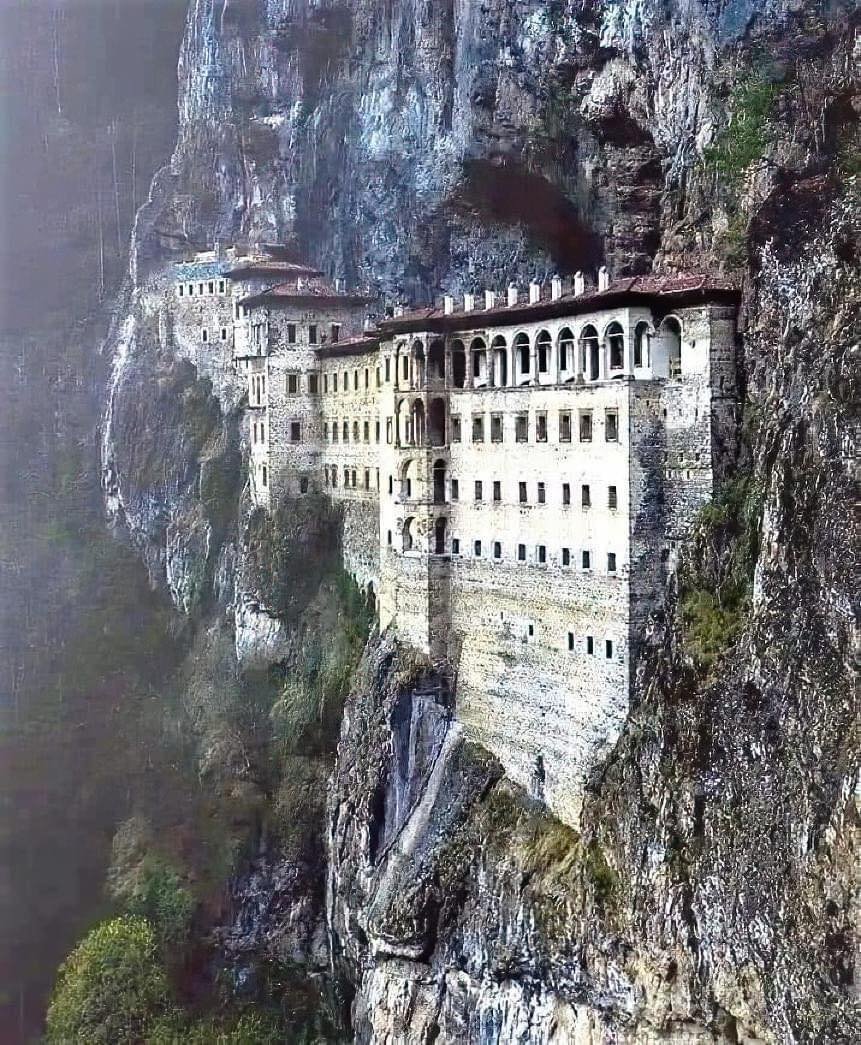 The Sumela Monastery in Turkey’s Black Sea Province of Trabzon.

The Virtual Mirage blog has passed 100,000 comments. Thank you for participating in this blogging community.  I know that there are hip-hop blogs that get that many comments in a month but to me, the number is huge.

– You can’t get to heaven on a jumbo jet, ’cause the Lord ain’t got no runway yet.

– You can’t get to heaven eating fish and chips, ’cause the Lord don’t like those greasy lips.

– If you get to heaven, before I do, Just bore a hole, and pull me through. 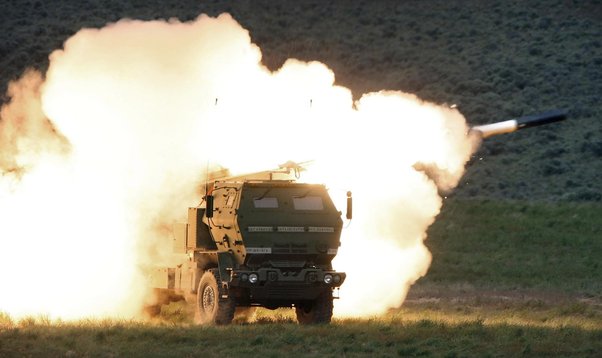 During the First Gulf War, the Russians received a sobering lesson on how Western weapons worked as their supplied and trained Iraqi army folded in days. The coalition established air supremacy and the weapons were significantly more accurate than the Russians anticipated that they would be. Integrated grids and coms meant that they all communicated well with each other in such a way that the forces arrayed against the Russian-supplied Iraqis couldn’t get a word in edgewise.

In Ukraine, the Russians found out that the anti-tank missiles were devastating against their forces and that the armored spearheads were not effective even though they were massed in great numbers.

Today they are getting a close-up and personal view of how the HIMARS functions in a battlefield setting much to their dismay. As has been covered here on this blog before, the US is working with Ukrainian forces to target the Russians very accurately. It’s difficult for me to explain in an unclassified way how very accurate that can be.

After the recent referendum, Putin appointed an administrator for Kherson. On the first day on the job, a HIMARS missile flew through his window killing him. (sic transit gloria mundi)

The USA allegedly has not given the MGM-140 ATACMS to Ukraine, but some of the strikes in Crimea are too distant for the M-142 and are likely the long-range version.

This comes from Ibn al-Haytham, a Persian scientist who is considered the father of modern optics. It expresses the motivation and thought process found in science.

“Therefore, the seeker after the truth is not one who studies the writings of the ancients and, following his natural disposition, puts his trust in them, but rather the one who suspects his faith in them and questions what he gathers from them, the one who submits to argument and demonstration, and not to the sayings of a human being whose nature is fraught with all kinds of imperfection and deficiency. Thus the duty of the man who investigates the writings of scientists, if learning the truth is his goal, is to make himself an enemy of all that he reads, and, applying his mind to the core and margins of its content, attack it from every side. He should also suspect himself as he performs his critical examination of it, so that he may avoid falling into either prejudice or leniency.” [Source]

I recently finished reading, The Social Conquest of Earth, by Edward O. Wilson. Close to the beginning of the book I came across this quote:

“By what force of evolutionary dynamics, then, did our lineage thread its way through the evolutionary maze? What in the environment and ancestral circumstance led the species through exactly the right sequence of genetic changes?

The very religious will of course say, the hand of God. That would have been a highly improbable accomplishment even for a supernatural power. In order to bring the human condition into being, a divine Creator would have had to sprinkle an astronomical number of genetic mutations into the genome while engineering the physical and living environments over millions of years to keep the archaic prehumans on track. He might as well have done the same job with a row of random number generators. Natural selection, not design, was the force that threaded this needle.” (pp. 50-51)

So in other words, whether or not God could have created humans through a long and involved process, is limited by whether or not a single man can conceive of it being possible? That seems rather, um… limiting to me. I am glad that the universe and God doesn’t limit themselves to only do what a single scientist, philosopher, or even group of scientists and philosophers think is possible. If that were the case, then the universe would be an awfully boring place.

This quote was also rather interesting because I had just read an article about how one philosopher’s questioning of materialism and of randomness being the determining force behind our existence got him branded a heretic by the scientific and philosophical community. I put that philosopher’s book on my “to-read” list.

The rest of the book was interesting. The author occasionally takes unwarranted swipes at religion as he is argues against a conception of God that I also find untenable, and if that is how it really is then I too would agree with him, but it’s not so I don’t.

PS: Also when he mentioned “an astronomical number of genetic mutations” I was reminded of this quote from Richard Feynman:

“There are 10^11 stars in the galaxy. That used to be a huge number. But it’s only a hundred billion. It’s far less than the national deficit of nearly $32 trillion. We used to call them astronomical numbers. Now we should call them American debt numbers.”