Sept 2 marks the anniversary of the hanging of Maggie Dickson. Maggie was a fishwife in Musselburgh. Not an easy life by any stretch. Maggie is left for days and often weeks at a time with two small children while her husband is out at sea eeking out a living. Upon his return, Maggie guts and fillets the fish and then places them in her creel. When the creel is full, Maggie carries it on her back, some six miles, to Edinburgh to sell. Maggie is outspoken, promiscuous, a bit rough around the edges, and has a sailor’s vocabulary but Maggie is also quite charming.

On one trip to sea, Maggie’s husband fails to return. Unbeknownst to Maggie, he has been pressed into the Navy. She hears a rumor that he may be in Berwick and sets off to find him. Reaching Kelso, Maggie is tired, cold, and hungry. She stops at a tavern. The innkeeper’s wife quite likes Maggie and offers her a bed in exchange for work. Maggie makes a terrific bar wench and stays for several months.

Life is going swimmingly until Maggie becomes infatuated with the son of the innkeeper. Maggie falls pregnant by the son, William Bell. She conceals her pregnancy so as not to alert the innkeeper and his wife. She feels they will send her packing and she needs the money the job provides.

Maggie gives birth to a son. Only a few days old, his body is discovered on the banks of the River Tweed. It soon becomes town gossip that the mother of the dead infant is none other than the fishwife-come-barmaid from out of town. Maggie is questioned by the constabulary and admits the child is hers. However, she states that he was stillborn and, in a panic, she placed him on the banks of the river.

Maggie is charged with murdering her infant son and taken to Edinburgh to stand trial. Maggie is convicted and sentenced to hang. Following the hanging, Maggie’s body is cut down, the doctor pronounces her dead and her body is handed to her family who seeks to take her back to Musselburgh.

Maggie was not retried for the murder. It was decided that her sentence had indeed been carried out. The fact that the hanging was not successful was not Maggie’s fault, so she was free to go. Maggie became a bit of a celebrity and ever after was known as Half-Hangit Maggie.

Maggie was reunited with her husband and then went on to have several more children together.

There is a pub in the Grassmarket named after Maggie. It sits not far from the site of the gallows where she had once been hanged. 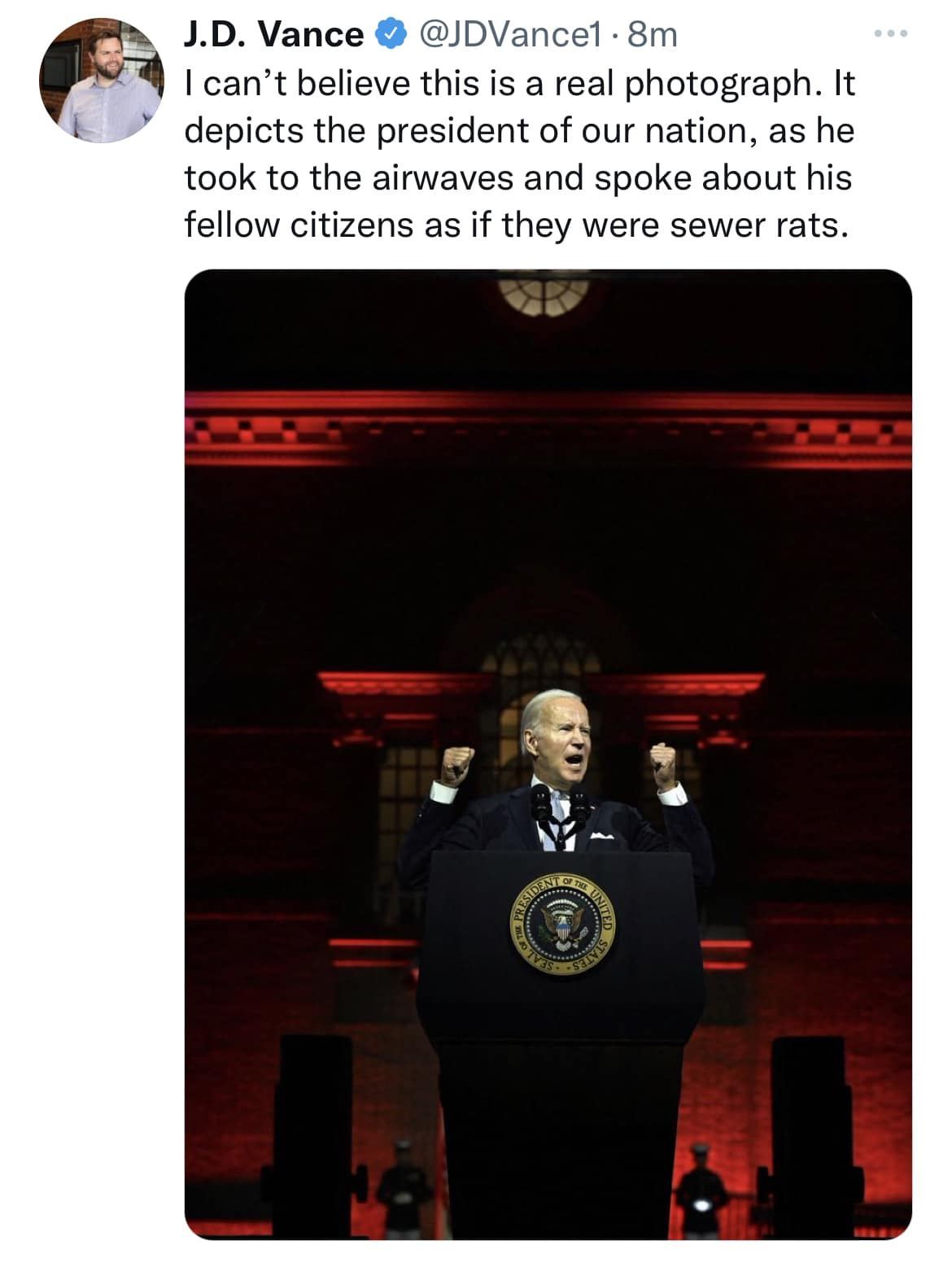 September 1st – was the day that World War Two started.  And here is FJB with what I could only think was his Nuremberg moment.

For those that do not know, from 1933 to 1938, Nazi Germany held party rallies at the Nuremberg Stadium.  Great big events with all the military in their regalia attending, passionate speeches by der Fuhrer, and rituals to excite his fan base.

If you see pictures from that time, everything was in black and red with der Fuhrer giving speeches from the podium to rile up his base – just like Brandon in the picture above. 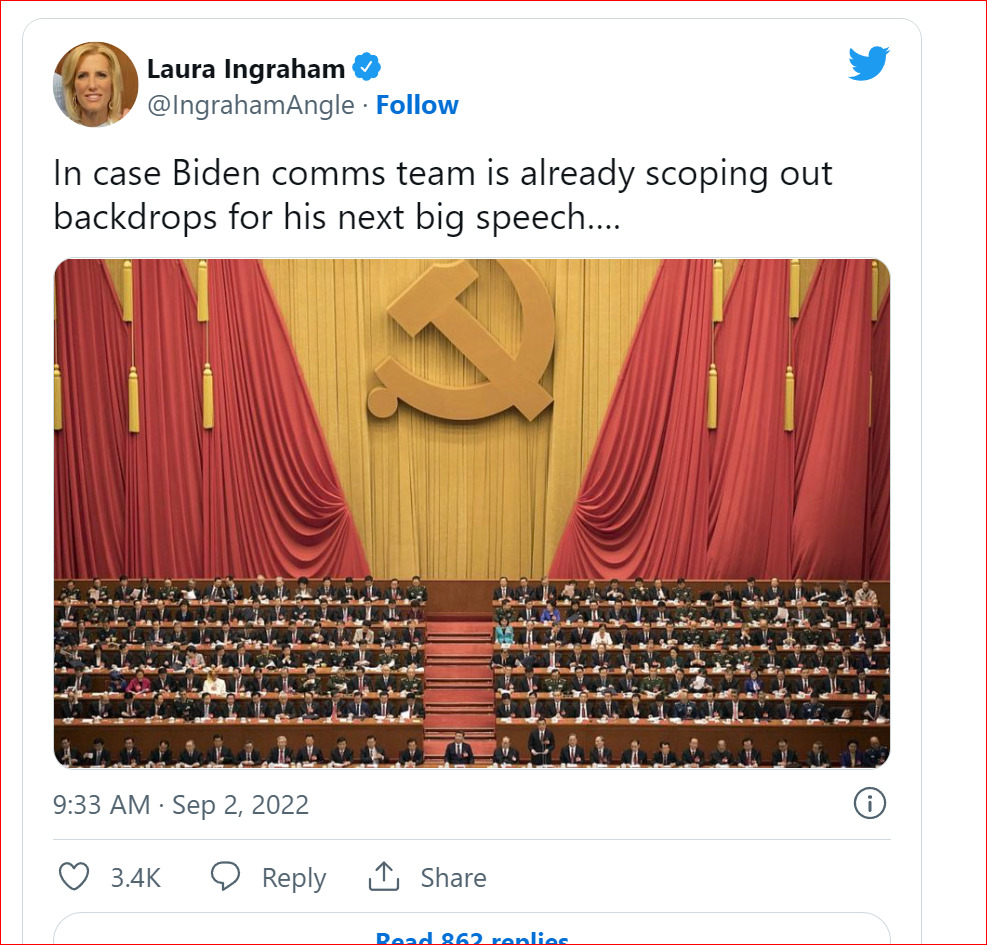 It’s not a bad idea

The military museum in Aqaba, Jordan, offers around 20 vehicles ranging in depth between 5-30m. It’s an excuse to take a diving tour and a way for Jordanians to fleece the public – and it’s cool, all at the same time. 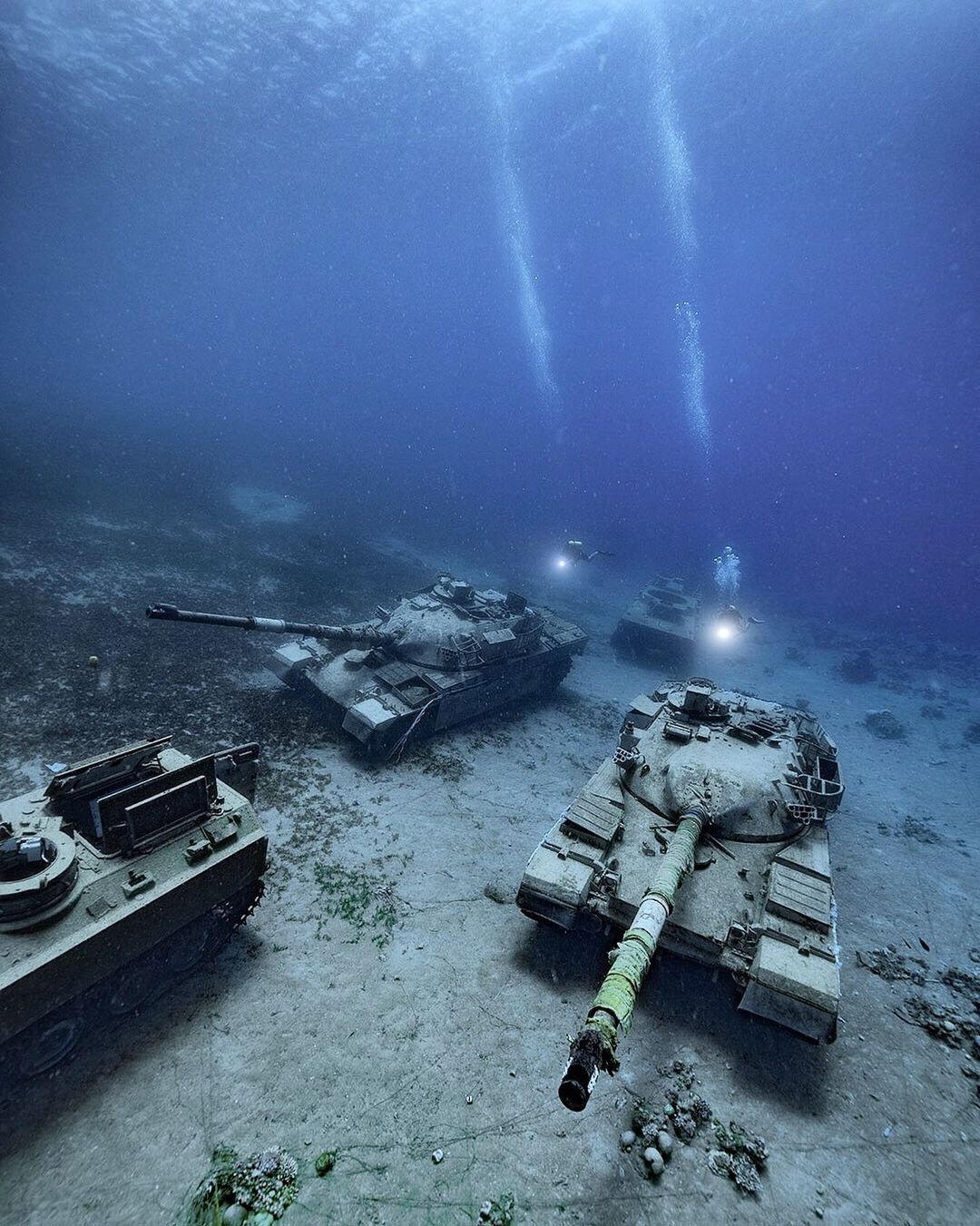 The world’s first underwater military museum has been created just off the shores of Aqaba, Jordan. After 30 days of planning, a total of 19 pieces of hardware were sunk over a period of seven working days leading up to the launch ceremony on 25 July. 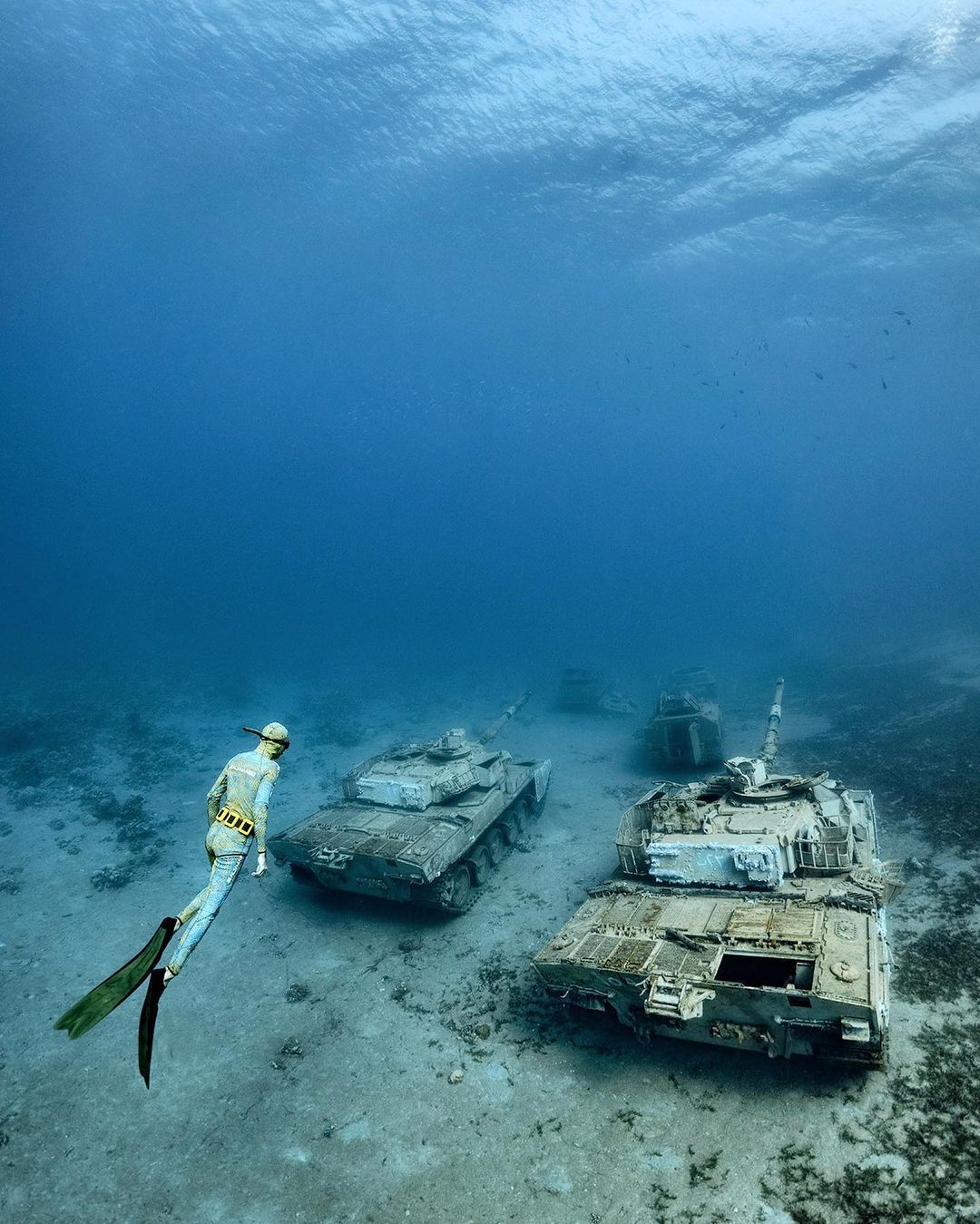 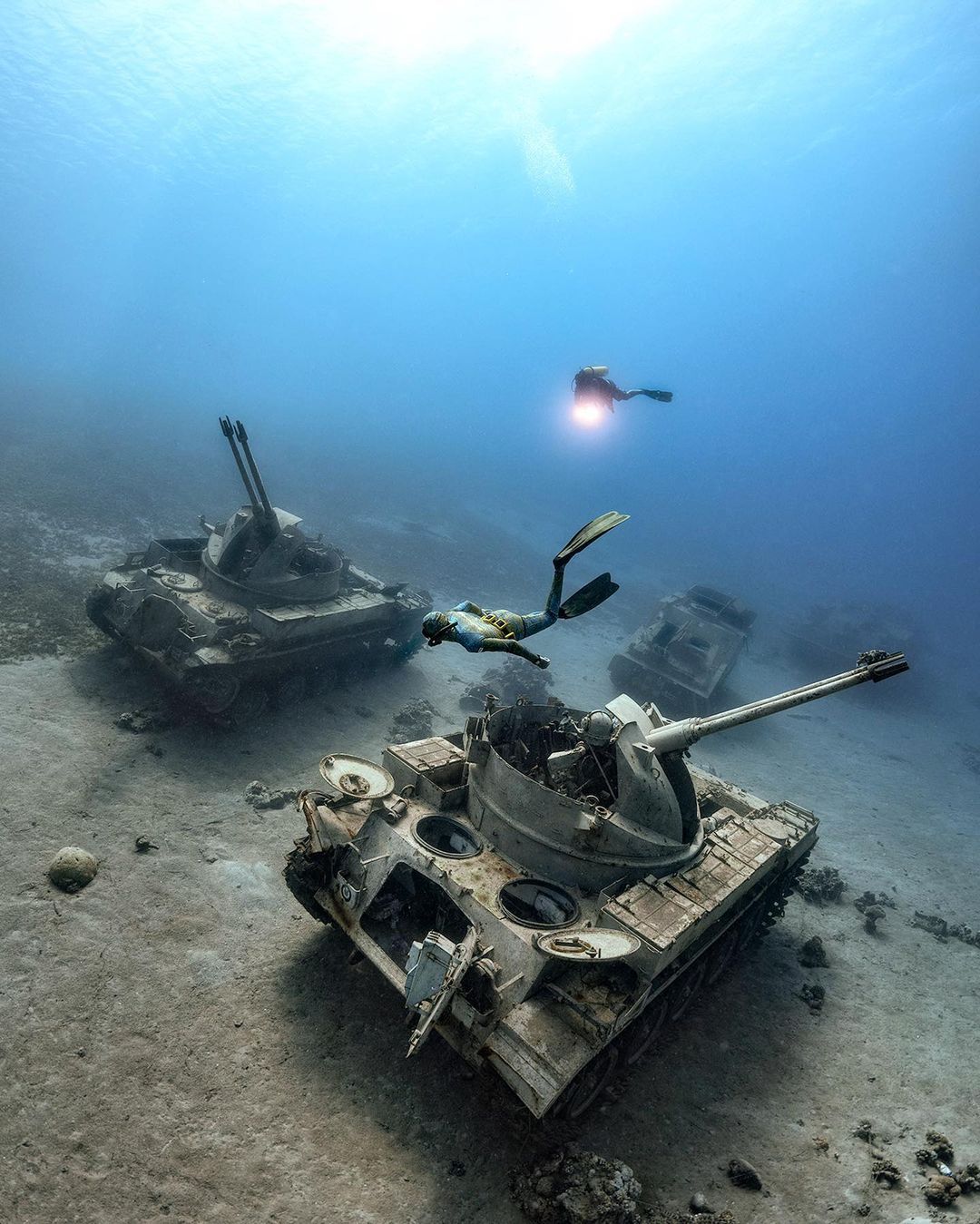