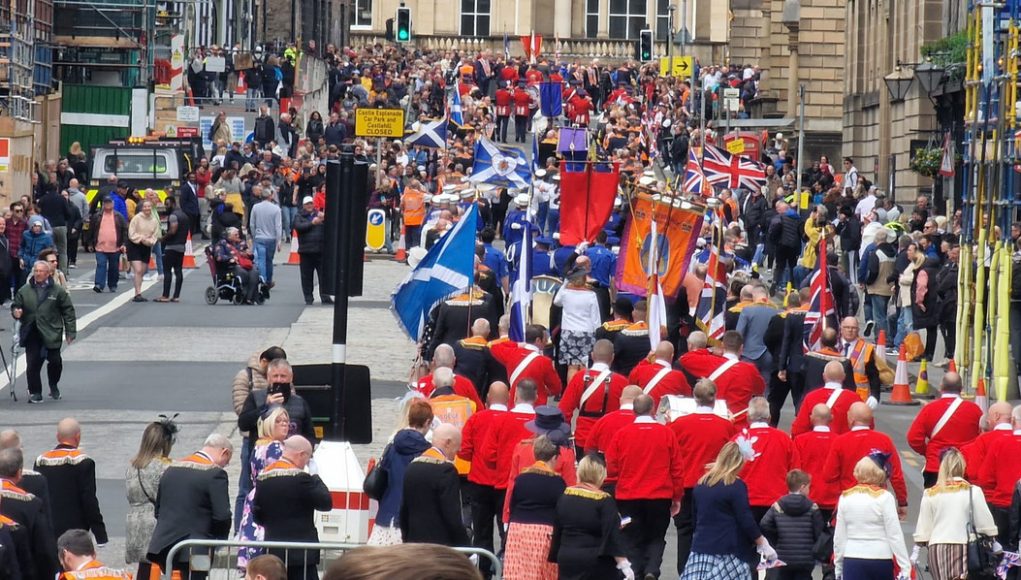 * In the 2020 election, 81,286,365 people voted for Joe Biden, 74,225,845 for President Donald Trump. If you’re not a math whiz, that 51.26% of the vote for now-President Biden, 46.80 for former President Trump. That makes a new poll all the more ominous for Brandon, who has seen his approval rating plummet in nearly every poll as he struggles to handle domestic and international crises. A Gallup poll released on Tuesday finds Americans’ confidence in “the presidency” as an institution has dropped to 23% from 38% in 2021 — a record low since the survey began in 1973.

* Stop complaining, $78 billion is only a rounding error. You bloggers get upset over the strangest things.

* Missile Test SNAFU – It’s an interesting piece on US ICBM development. Generic though it is, it provides insight.

Gender fluidity is on full display as users of Match can pick from 31 genders. Some of the genders listed include “Two-Spirit,” “polygender,” “pangender,” “neutrois,”  “gender questioning,” “transgender person,” “genderqueer,” “gender non-conforming,” “non-binary,” “gender variant,” “transsexual man,” “gender fluid,” and “bigender,” among many others.

Man and woman don’t seem to play into the progressive and woke dating scene. Of course, I’m not a biologist, so what do I know?

* After spending about 10 minutes on paperwork with basic information Wednesday evening, staff at the facility provided a Daily Caller reporter with a smoking kit containing a crack pipe, condoms, and lubricant.

The Biden administration denied in February that it was giving grants to fund the distribution of crack pipes, following a Washington Free Beacon report that HHS had closed applications for funding to do so.

“No federal funding will be used directly or through subsequent reimbursement of grantees to put pipes in safe smoking kits,” HHS Secretary Xavier Becerra said in a statement. The Brandon Regime’s officials lie – all the time.

A friend in Glasgow took a few photos and sent them to me. I missed the march yet again, but it’s a much grander affair in Belfast. 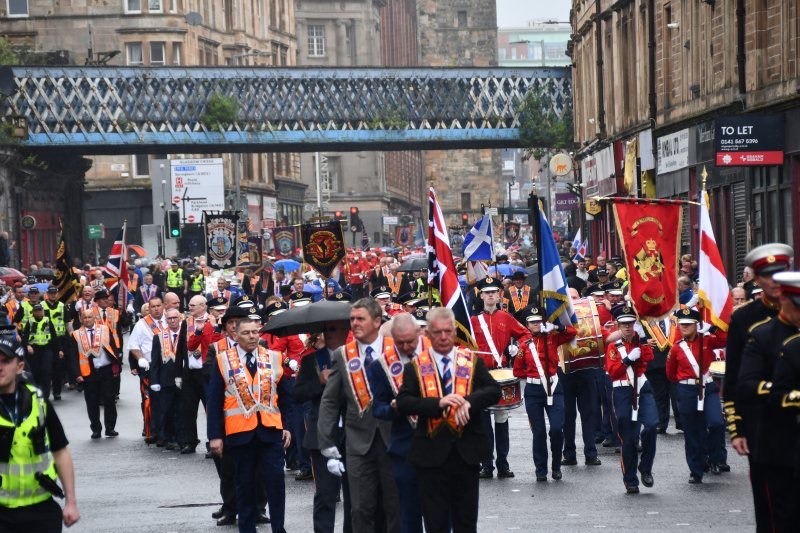 A few years of my life were spent working with the Brits as an expendable, seconded junior officer, with a focus on counterterrorism. The IRA didn’t want to kill me because I was an American and that was the point. I’ve sort of beat that horse to death on this blog over the years. Frankly, though the IRA was the common enemy at the time, I found Rev. Ian Richard Kyle Paisley, Baron Bannside, PC to be every bit as reprehensible as Josephine Bernadette McAliskey, usually known as Bernadette Devlin.

Orange marches are a series of parades by members of the Orange Order and other Protestant fraternal and masonic societies, held during the summer months in various Commonwealth nations, most notably Ulster. The parades typically build up to 12 July celebrations marking Prince William of Orange’s victory over King James II & VII at the Battle of the Boyne in 1690. 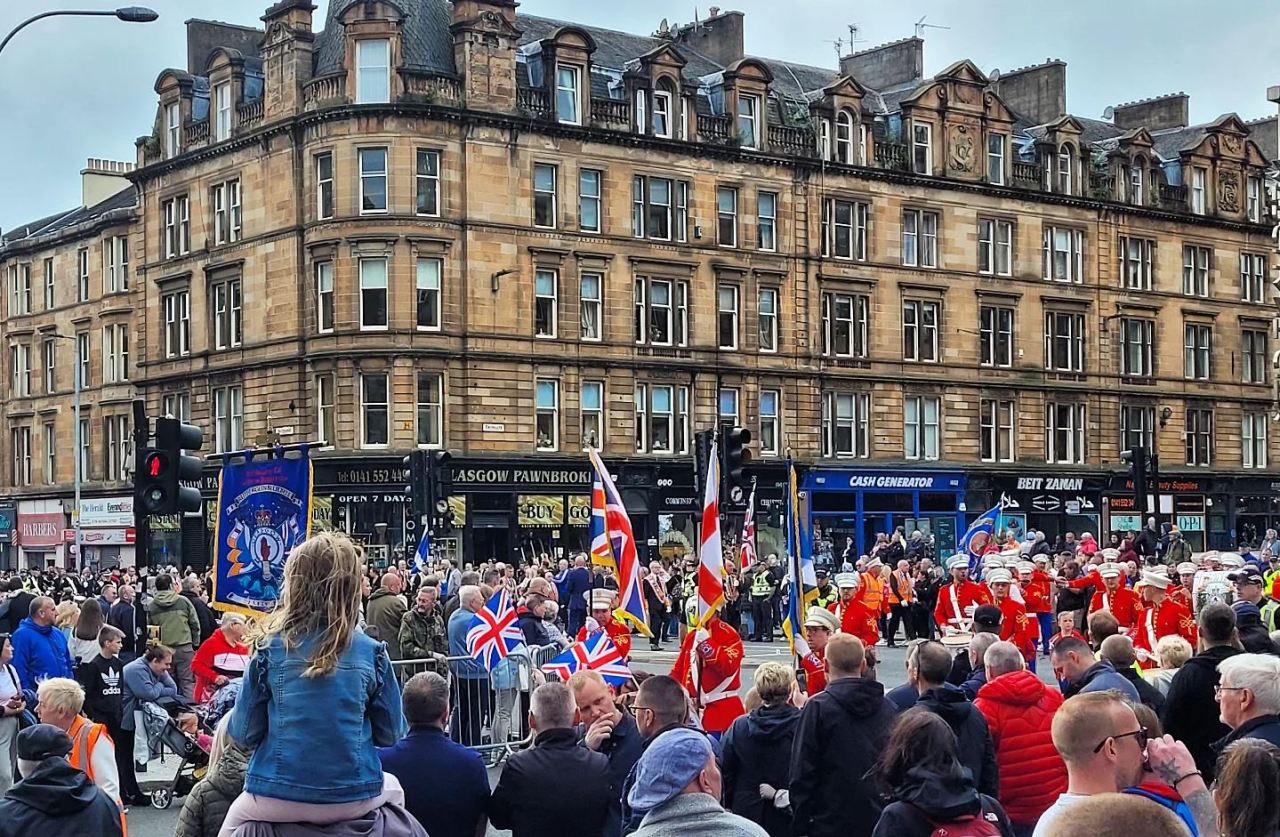 It’s an excuse to beat a bass drum while you march and then get drunker than usual, piss yourself, etc. and feed your prejudices. Yet in Britain where it’s illegal to criticize a Muslim for any reason, this is celebrated. Go figure. 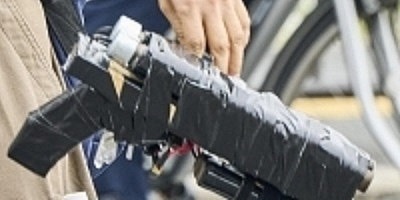 In a country (Japan) with strict gun laws, a man was able to make a homemade firearm from commonly found items. So unless the idiots who fear everything are going to outlaw everything, and by that I mean ALL technology, then need to get it through their dense and closed minds that people will find a way to kill if they are set on that course, and remember a rock can kill and has been used numerous times. 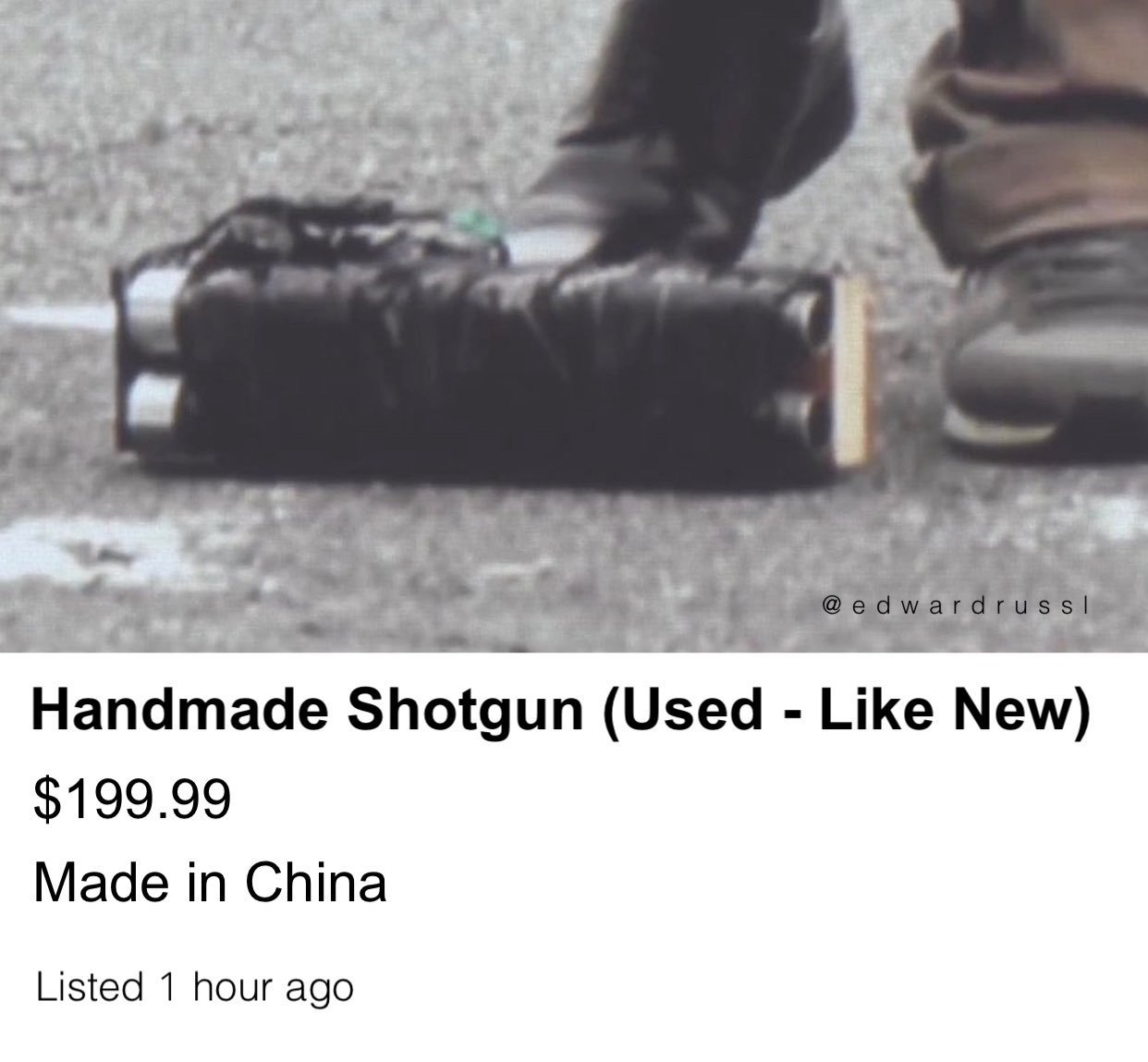