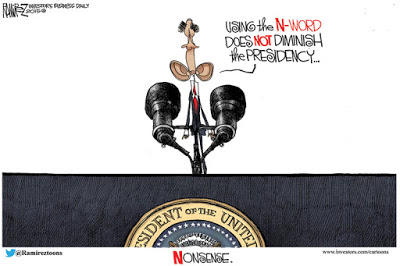 Facebook
Twitter
Pinterest
WhatsApp
Is the Supreme Court in league with the Republican Party?
Some call the recent rulings a conspiracy against the Democratic Party candidate, whoever she may be, because they have taken a lot of the grievance society’s arguments off of the table for the run-up to the next election.
Gay Marriage is legal. No more argument. It doesn’t matter where you stand on the issue. It’s a lot like abortion. The matter has been settled by the court. Gays can marry and mothers may kill their unborn children without consequences. Polygamy will also be legal as soon as a case makes its way through the court system to the Supreme Court based on this precedence.
Obamacare, a ruinously expensive vote-buying scheme is not on the table. It’s the law and though the Republicans can claim that they want to repeal and replace, they won’t have to come up with anything specific and can give a vague (but lofty) set of expectations to prospective voters.


What are the remaining issues?
The war in Afghanistan is over and the Taliban are slowly but surely reclaiming the country as foreign fighters from the Iraq side of things flood in. The only significant US presence is at Bagram Air Force Base outside of Kabul and though I don’t think it will fall this fighting season, I expect it to be in Taliban hands sometime in 2016. The politicians will cluck their tongues but neither Republican or Democrat want to get back into that briar patch. We spent a trillion in treasure and there are a lot of broken men on both sides. In the end it will have been every bit as productive as the Iraq war and Vietnam were. (never fight a land war in Asia)
Hillary Clinton has declared war on the rich, which is sort of like declaring war on herself, except that she likely has deals cut to spare Wall Street and her cronies. I don’t think that will last much longer than the Democratic primary, after which she needs to pivot to the center to try and reassure the voting public that she hasn’t targeted THEM. The grievance groups are more than happy to take free cheese, obamaphones, free healthcare and to have the wealth of others flow to them. They are not happy to give up one thin dime.
Surging China and Russia are issues, but they won’t get much traction in the presidential election rhetoric since both sides will declare them ‘bad’ even though Hillary wandered around for a year holding a reset button. The same is true of Iran, which nobody likes, and even progressive gays are not fond of the place since going there, means beheading for them. The book of who’s transgender in the Islamic World is a one-blank-page tome.
A Bush-Clinton race would insure low voter turn out since nobody is sure what the difference is between Jeb and Hillary besides the plumbing.
Would Donald Trump get a badly needed haircut if he became president? Unlikely. I’m not stumping for Trump, but would America vote for a Trump-Oprah ticket? Will Anthony Weiner surprise everyone by staging a political come-back as the vice president to replace Biden on the Clinton-Weiner ticket?

For the present, SCOTUS has taken away all of my snarky blogging material, because who wants to read about the Jenner children having two moms? All we have left is the president running around saying “nigger” because life is so unfair and people were racist enough to elect him to two consecutive terms in office.